Ree previewed the special day on Instagram, sharing a photo of herself and her husband, Ladd Drummond, seemingly watching the rehearsal.

“Our honeymoon baby is getting married tonight. (TMI?😂),” she captioned the shot, which showed Ladd wearing a neck brace. Ree shared on social media last month that Ladd and their nephew, Caleb Drummond, were injured in a crash on the family’s ranch in Osage County, Oklahoma. Caleb suffered a concussion and broken ribs, while Ladd broke his neck in two places — but Ree assured fans both would be OK.

Alex’s wedding on Saturday was a family affair, with the Drummonds in attendance at the event in Pawhuska, Oklahoma. In addition to her parents, the 23-year-old brides’ three younger siblings — Paige, 21, Bryce, 18, and Todd, 16 — were there to lend their support (and share pics on social media). 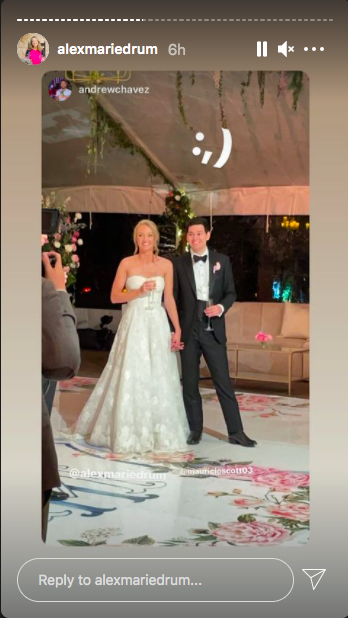 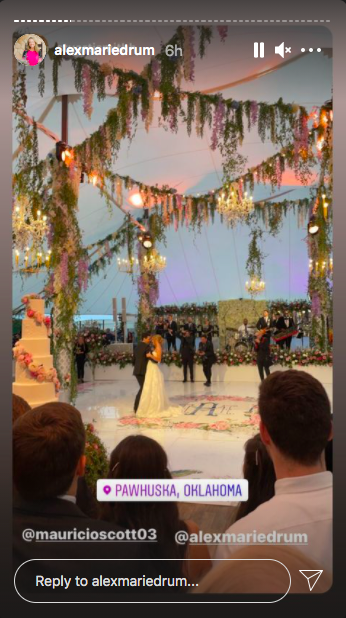 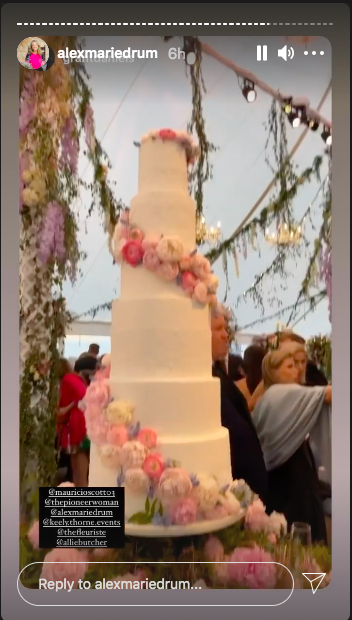 Ree has opened up about her daughter’s wedding many times over the last few months, including sharing details of the event’s menu, catered by her restaurant, The Mercantile.

During a recent Instagram Live for The Pioneer Woman Magazine, Ree shared that guests would be dining on beef-tenderloin filet, charred vegetables, peppers and asparagus, and mashed potatoes as one of the side dishes.

Alex and Mauricio, who met as college freshmen, got engaged last August. See more wedding news in the video below.