Rita Moreno’s life is getting the big screen treatment!

With a career spanning over 70 years, the iconic Latina’s life, her troubles and tribulations, triumphs and struggles are told in the documentary Rita Moreno: Just a Girl Who Decided to Go for It. The official trailer was released on Thursday, which shows Moreno reflecting on her career, as well as Eva Longoria, Gloria Estefan, Whoopi Goldberg and more stars honoring the EGOT winner.

“Little Puerto Rican girl who nobody thought much of at MGM with a contract,” Moreno, 89, says in the trailer. “I really was, very often, treated like a sex object…I think sometimes there are wounds that simply don’t heal well.”

Directed by Mariem Pérez Riera, Just a Girl Who Decided to Go for It shines the light on Moreno’s humor and grace, “as well as lesser-known struggles faced on her path to stardom, including pernicious Hollywood sexism and abuse, a toxic relationship with Marlon Brando, and serious depression a year before she emerged an Oscar winner,” the synopsis reads. “Moreno’s talent and resilience triumphed over adversity, as she broke barriers, fought for representation and forged the path for new generations of artists.”

Moreno is a celebrated Emmy, GRAMMY, Oscar and Tony award winner. She was born in Puerto Rico and moved to New York City with her mother when she was five years old. She became the first Latina to win an Academy Award for her famous role as Anita in 1961’s West Side Story. She also makes an appearance in the upcoming Steven Spielberg remake. 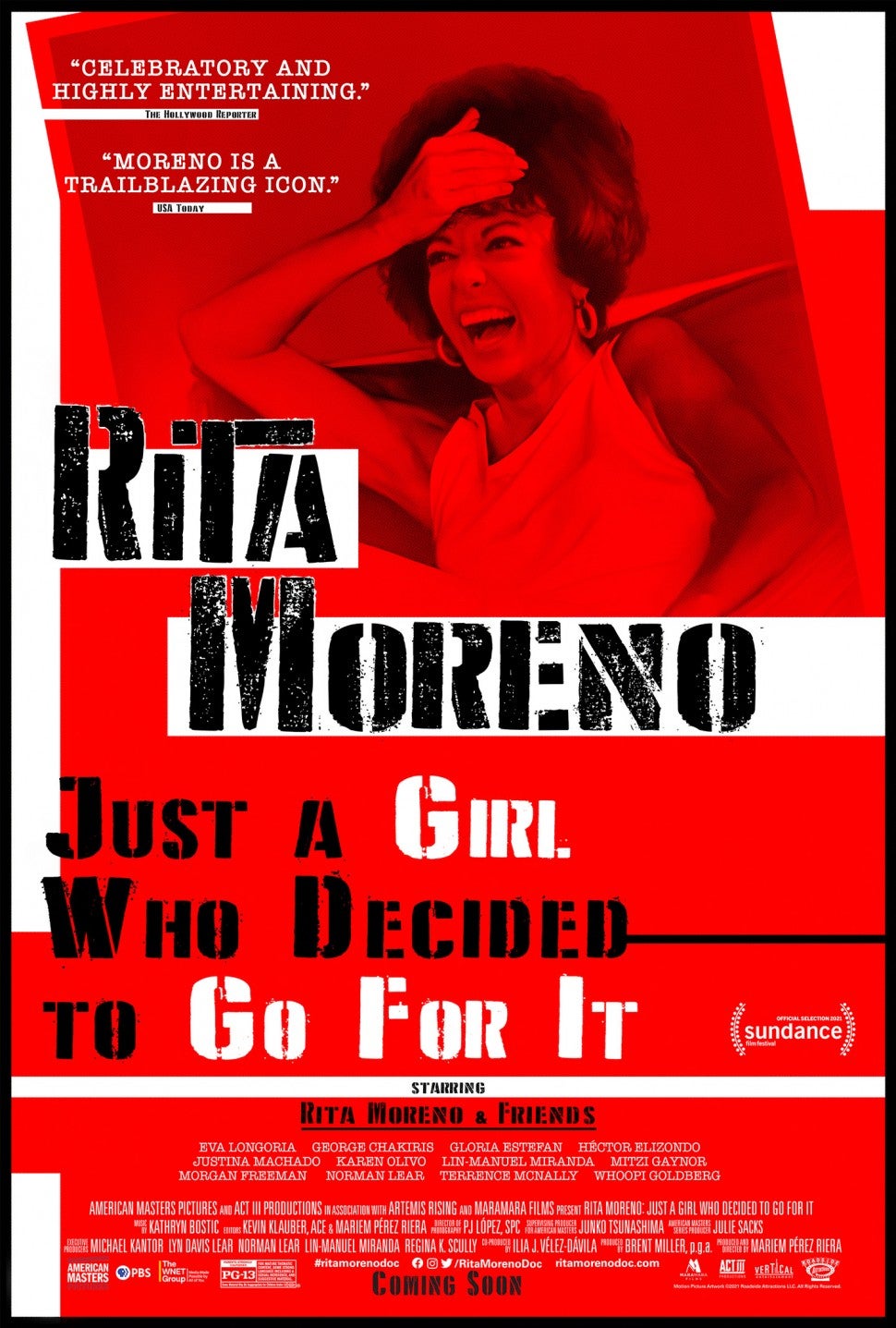 The actress has since become an advocate for diversity and change throughout her career. Moreno’s willingness to help and make a change also stemmed from her own experiences with racism. As a Latina, Moreno always had to fight against stereotypical roles and injustices in her profession. Even after becoming part of the EGOT club, she still faced discrimination.

Last year, Moreno opened up to ET about fighting for equality and also attending the March on Washington for Jobs and Freedom on August 28, 1963, where she watched Martin Luther King make his famous “I Have a Dream” speech.

“I was there sitting on the Lincoln monument when Dr. King said, ‘I have a dream.’ I was there. I remember everything,” the One Day at a Time star told ET. “We were sitting literally, no more than 15 feet away from Dr. King. Harry Belafonte put together a Hollywood contingent because he wanted Dr. King to know that there were people in our profession who were very serious and sincere about this whole business.”

Moreno recalled how, in the middle of his prepared speech, gospel singer Mahalia Jackson prompted Dr. King to “tell them about your dream.” She remembered seeing him “put away his speech, which was written, and started to talk about, ‘I have a dream.'”

See more in the video below. Rita Moreno: Just a Girl Who Decided to Go for It will be released on June 18.