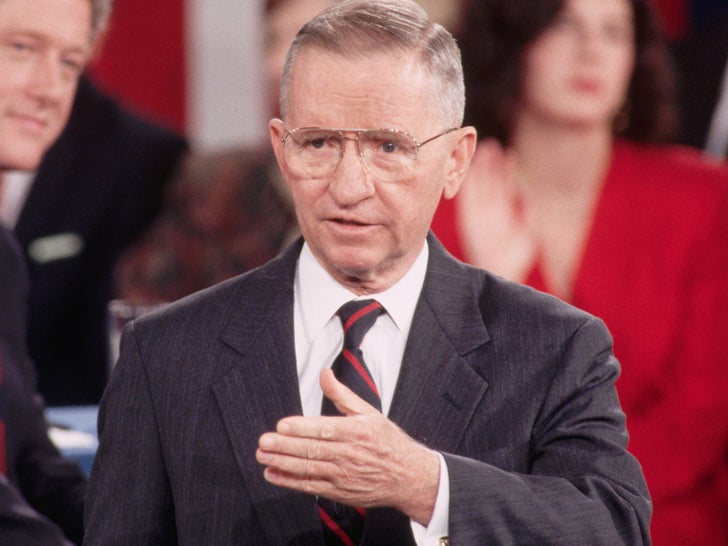 The Texas software pioneer became a billionaire in 1984 when General Motors bought his company, Electronic Data Systems, for $2.5 billion.

Perot ran for president in 1992 and 1996 and was famously portrayed on ‘SNL’ by Dana Carvey.

Perot famously would break down American politics and the economy using bar graphs and pie graphs, using his handy pointer.

The conventional wisdom is that Perot was the reason Bill Clinton got elected, because he split the Republican vote when he ran as an independent. The Perot spoiler factor in presidential elections lives to this day.

Perot, who amassed $4 billion, donated a total of $90 million to the University of Texas Southwestern Medical Center.

Perot is survived by wife of 63 years, Margot. They had 5 children and have 16 grandchildren.