Shailene Woodley revealed that she enjoyed some of the privacy that came with keeping her engagement to Aaron Rodgers a secret.

Shailene Woodley, 29, and her fiancé Aaron Rodgers, 37, really enjoyed getting to spend plenty of time alone together in the past year. The Big Little Lies star explained that she was excited to share the news about her and Aaron’s engagement on the couple’s own terms in a July 16 interview with The Hollywood Reporter. She revealed that she’d kept her engagement to the NFL quarterback a secret for months before publicly announcing it.

Even though Aaron announced that he was engaged when he received the NFL MVP award, Shailene kept quiet for a few more weeks, before she confirmed in an interview with Jimmy Fallon on The Tonight Show. She said the couple only made their engagement public, because they didn’t want someone else to leak the news. “When we announced that we were engaged, we wanted to do that only because we didn’t want someone else to do it before we did,” she said. “The reaction to it was really a lot, and so we were like, ‘Let’s just politely decline [to talk about the relationship] for a little while and live in our little bubble.’”

Besides announcing their engagement, it sounds like the pandemic gave the actress and Green Bay Packers player a really sweet sense of privacy and a chance to really learn a lot about the other fast. Shailene seemed like she loved spending time “in our little bubble,” where the couple raised a dog. Shailene also helped Aaron get ready for his stint as a Jeopardy! guest host. She also took a lot of comfort in traveling with masks on. “There was a sense of anonymity that otherwise I don’t think we would have had. We were really able to get to know one another the way we wanted to get to know one another and not have any noise or chaos around us,” she said. 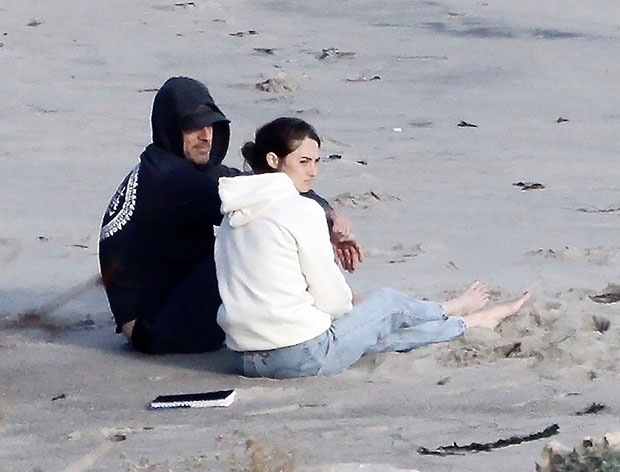 Since announcing their engagement, Aaron and Shailene have made for a beautiful couple. The pair took a couples vacation with Miles Teller and Keleigh Sperry, where they shared tons of adorable photos and videos, including one where Aaron even serenaded his fiancé and friends. The couple have also gushed over each other in plenty of interviews, like one in Disney World, where they did a couples questionnaire. Aaron also called living with the actress “the best thing” that’s happened to him.