Sharon Stone also claimed her grandmother was the one who facilitated it, in her new memoir.

Sharon Stone‘s memoir, The Beauty of Living Twice, hasn’t even hit the shelves yet and it’s already making headlines with unexpected revelations, including one in which her grandfather Clarence Lawson allegedly sexually abused her and her sister Kelly as kids. The 63-year-old actress says her grandmother was the one who facilitated the alleged abuse by locking them all in one room together, according to the Daily Mail. The alleged molestation was so traumatic that it caused her and her sister to feel a sense of relief when their grandfather eventually died, the outlet also reported.

Sharon was 14 when he passed away and Kelly was 11, and that relief started the minute they saw his body in the casket at his funeral. “I poked him, and the bizarre satisfaction that he was at last dead hit me like a ton of ice. I looked at [Kelly] and she understood; she was 11, and it was over,” she wrote about the experience, according to Daily Mail.

Sharon and Kelly, who can be seen in an Instagram pic Sharon shared above, grew up in Meadville, PA and in addition to their experience with the alleged sexual abuse, Sharon shared other personal experiences in her highly-anticipated book. She also reportedly claimed that she was tricked into not wearing underwear for her famous up-skirt scene in the 1992 film Basic Instinct. After the production crew allegedly told her to take off her underwear “because the white” was “reflecting the light” in the scene, and promised her privates wouldn’t be seen, she realized that wasn’t the case when the film was finished and shown to her.

Although she explained that she initially tried to fight against the scene with an attorney, she ended up deciding to keep it because she was allegedly told by director Paul Verhoeven that she “didn’t have a choice” and ultimately thought it was “was correct for the film.” 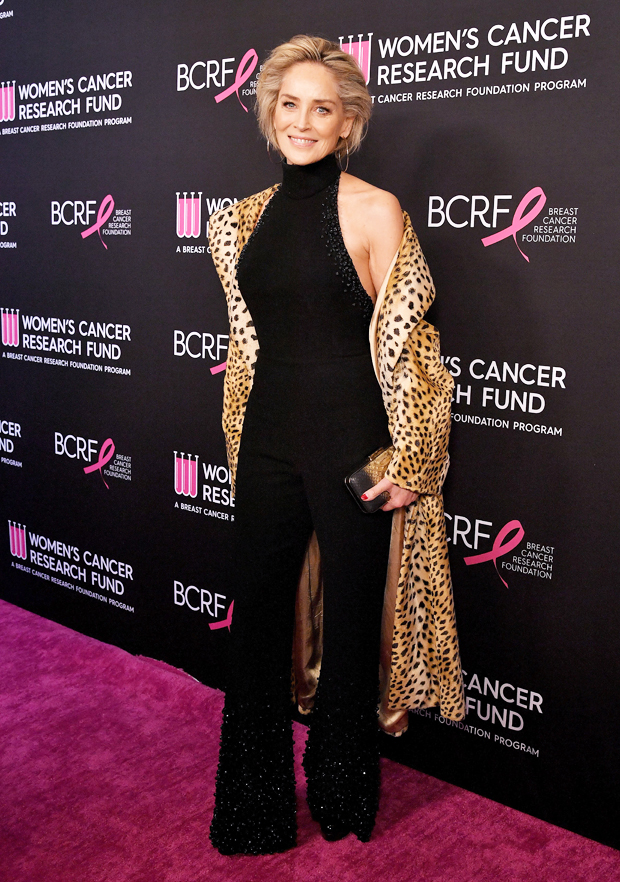 Sharon’s memoir The Beauty of Living Twice is set to be released on Mar. 30.