Planning ahead! Stassi Schroeder and her boyfriend, Beau Clark, may not yet be engaged, but they’re already discussing what their wedding day might be like.

The duo, who have been dating since February 2018, talked about the possibilities in the Sunday, June 30, episode of Schroeder’s podcast, “Straight Up With Stassi,” as they attended Brittany Cartwright and Jax Taylor’s wedding at the Kentucky Castle in Versailles, Kentucky.

“I think we’re gonna be different when it happens,” Clark, 39, told his would-be bride.

Schroeder, 31, pointed out that they had a lot of hashing out to do ahead of their own nuptials. “I feel like we’re not gonna get along, like you said I’m not allowed to … I want to walk down the aisle [to] a haunted horror version of ‘Here Comes the Bride,’” she shared. 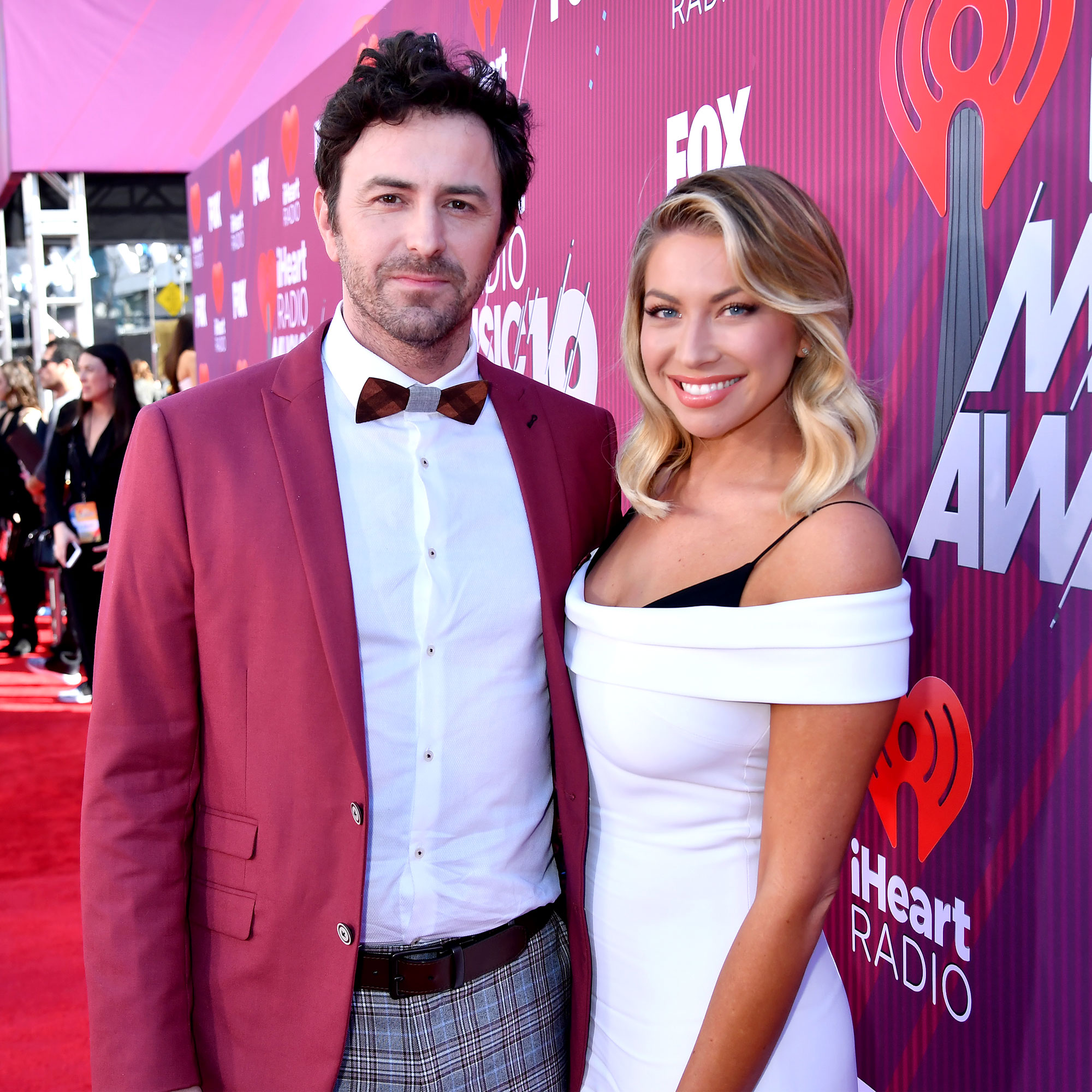 The Vanderpump Rules star wasn’t deterred, however. “And I want to have, like, dead people serving cocktails. Like, dead-looking butlers, like, you know, ‘Hello sir, would you like an Aperol spritz?’” she asked in an intentionally creepy voice. “What if I just had people in character walking around?”

“Then we might as well get married on Halloween,” the actor countered. “Not a bad idea!” she replied.

Clark has his reasons for protesting Schroeder’s spooky theme. “You’re gonna look back when you’re older … and you’re gonna be like, ‘Man, I wish I had really nice music, or I wish I had a nice, like, white dress,” he told her. “Not a blood-red dress.”

Schroeder then clarified that she would not be dressed in ghoulish attire for the affair. “I’m gonna have, like, four dresses and they’re all gonna be white. I’m not gonna dress in costume, I want the people serving to be in costume,” she explained.

As for the Dark Wolf star, he hasn’t been planning that far ahead. “I haven’t thought about a wedding theme, I’m still thinking about the wedding ring,” he emphasized.

The twosome also sounded off about their potential wedding party (“I might not even do bridesmaids,” Schroeder said), music (“No one wants to dance to The Greatest Showman soundtrack,” Clark scoffed) and locale.

“Do you want to do it somewhere in another country?” Clark asked.

Schroeder said that while she was originally thinking West Hollywood might be best — “It’s our home, it’s where we met, it’s where we live” — Cartwright and Taylor’s wedding had changed her mind. “This three-day extravaganza … has been so fun. Now I want a destination wedding,” she said.

The one thing they both agreed on? A Taco Bell truck, just like their Bravo costars had on Friday, June 28, ahead of their nuptials.

First, however, the Next Level Basic: The Definitive Basic Bitch Handbook author told Us Weekly in June she’s got something else on the brain. “I think I’m ready to have a baby,” she said. “I’ve never really been someone that’s, like, dreamt about her wedding … but I always knew that I wanted to be a mom. So, I feel like I’m in a place in my life where I make my own decisions and forge my own path. I know I want to be a mom, so I would rather get knocked up before I waited to have a wedding.”