I’ll probably look a right t*t when it’s on TV.

However, in spite of Steph’s advocation of the summery clothing item, she admitted to having a “minor concern” about wearing shorts on camera in a separate tweet.

She added: “My minor concern is that the prog I’m filming is not going out until Jan so I’ll probably look a right t*t when it’s on TV and the nation is wearing winter gear!!”(sic)

Steph went on to reveal she didn’t allow her initial worries to affect her decision, as she shared a snap of herself in the sun with Hugh.

The pair stood with their arms around each other in the photo, with the celebrity chef wearing a blue shirt and jeans, while the BBC favourite embraced the season by opting for cropped dungarees paired with a shirt featuring embroidered palm trees.

Steph accessorised with orange sandals and a pair of oversized sunglasses to suit the scorching conditions. 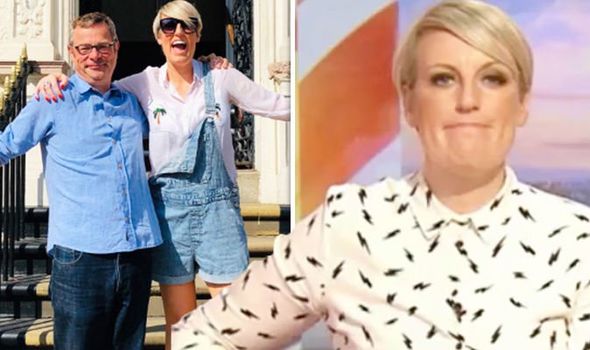 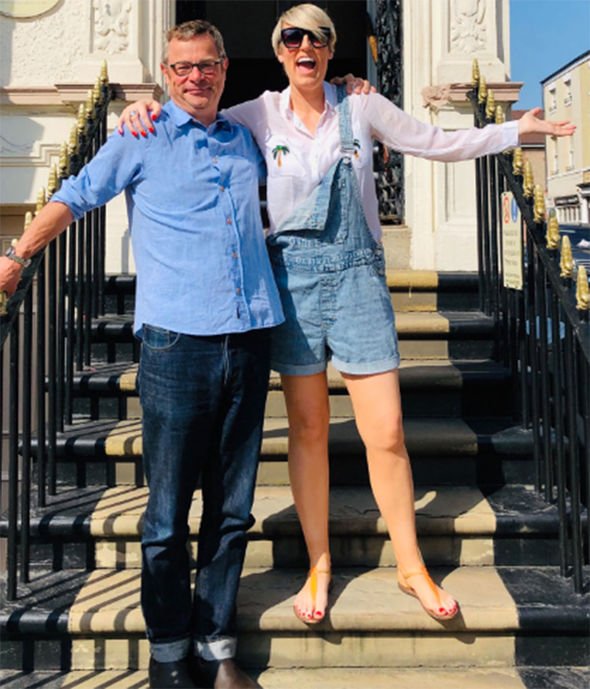 She added the caption: “Without doubt @HughFW is jealous of my dungarees.

“He’s threatening to cut his jeans at the knees. #kneesout #filmingintheheatwave.”

Steph’s BBC colleagues and fans took to the comments section of her posts to share their thoughts on wearing shorts in a professional environment.

Ben Thompson replied: “The legs are out”, alongside a photo of himself wearing white shorts while filming BBC Breakfast from an outdoor location. 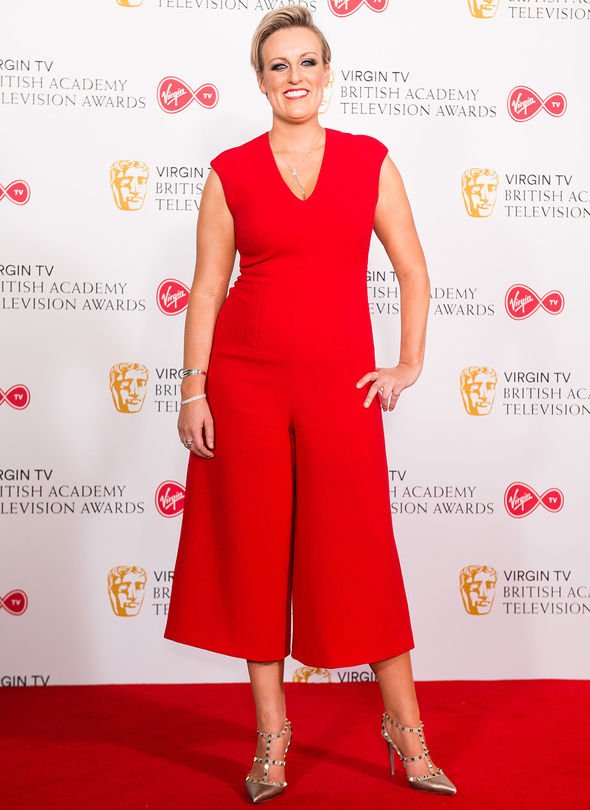 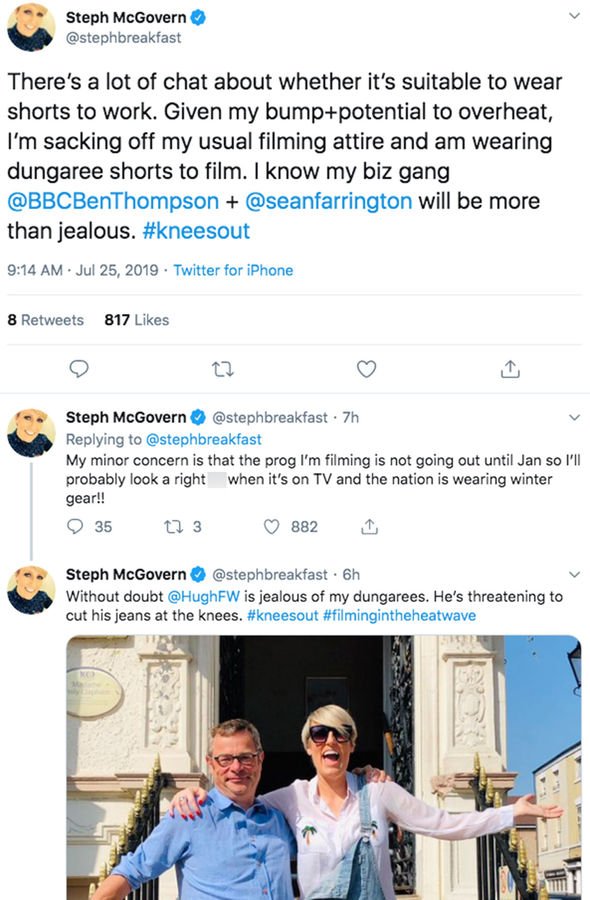 A fan joked: “For the love of God Hugh, do not cut off your shorts.”

Another wrote: “As long as your employees don’t look like a bag of rags, as my mum would say, then you should be allowed to wear shorts to work.”

“If anyone can pull off the dungarees look, it’s you Steph”, a third gushed.

A fourth helpfully suggested: “Wear a bobble hat, then you have January showing covered.”

Elsewhere, Steph announced she is expecting her first baby with her girlfriend.

She tweeted on the micro-blogging site: “I see my news is out! Yep, I am no longer with pot belly…

I am now with child. #babyonboard.”

BBC Breakfast airs weekdays at 6.30am.