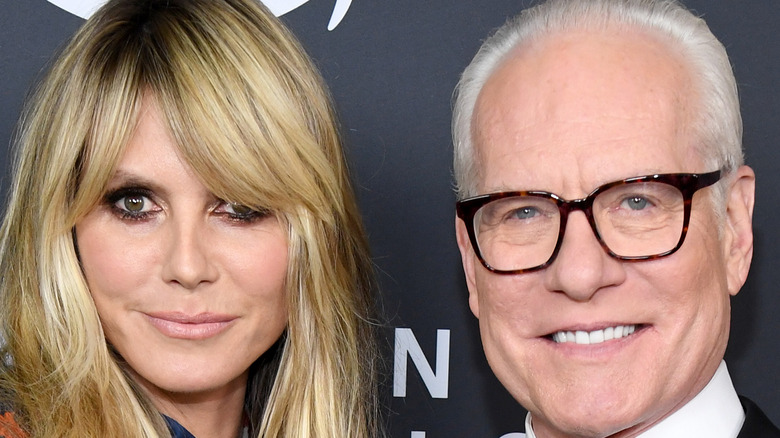 At long last, Season 19 of “Project Runway” has begun filming in New York City (via Instagram). Nina Garcia, Brandon Maxwell, and Elaine Welteroth will continue to serve as judges, while Christian Siriano will return as mentor, per Deadline. Karlie Kloss won’t be back full-time, but she will make appearances (there’s no official word on who will handle hosting duties).

There have been many changes since “Project Runway” premiered in 2004 — most notably the departures of host Heidi Klum and mentor Tim Gunn. But one thing has remained consistent: fun, unique challenges and seeing designers either rise to the challenge and dazzle us or send an outfit down the runway that evokes horror — or, in Michael Kors’ case, a fit of uncontrollable laughter (via YouTube).

Over the past 18 seasons, there have been a number of looks that we’d wear in a second and that have left us in awe of the designers who created these outfits in such a short period of time. Here are the best fashion moments in “Project Runway” history. 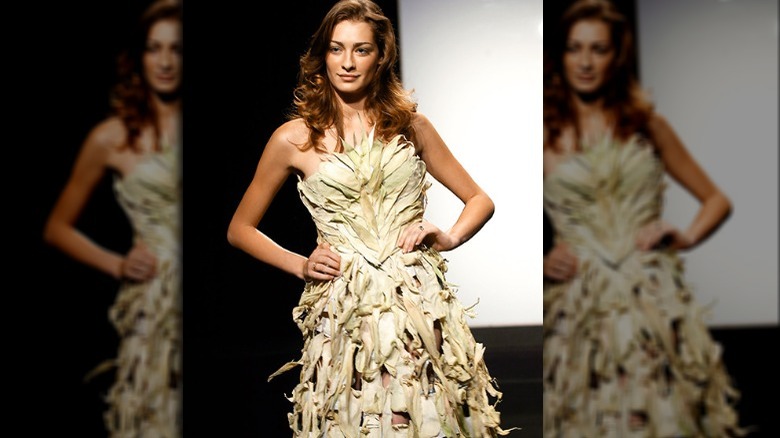 The unconventional materials challenge is a favorite amongst viewers, but it’s often dreaded by designers for very understandable reasons. In Season 1, Austin Scarlett wowed audiences (and, more importantly, the judges) with a dress constructed from corn husks.

For the very first unconventional materials challenge, the designers were sent to a supermarket to gather supplies. Scarlett took a major risk by choosing to use corn husks as his main material. He hit a major roadblock during the design process when his meticulous layering shrank — but, to borrow a phrase from Gunn, Scarlett persevered and made it work, creating one of the most iconic “Project Runway” designs of all time.

In 2014, Klum told Entertainment Weekly that the corn husk dress was her very favorite design to date. ”I always talk about Austin Scarlett’s corn husk dress from season 1,” she told the outlet. “I think that’s partly because it was proof-of-concept of how cool and interesting and original these designers could be with such hard materials and parameters.” 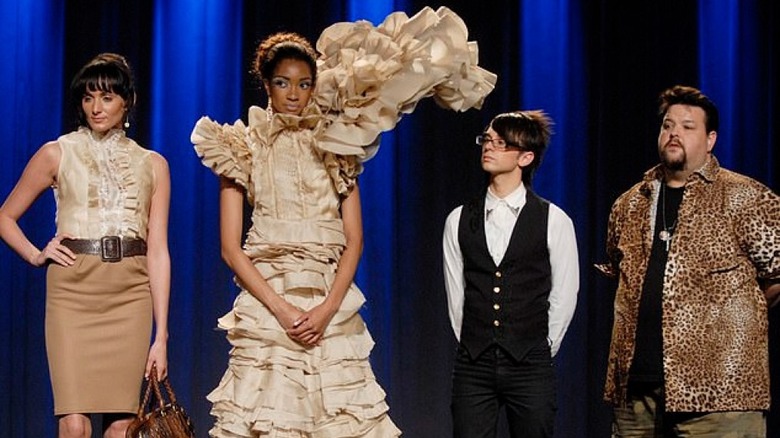 Partner challenges are often fraught with drama, but in Season 4 Christian Siriano (who ultimately won the season) and costume designer Chris March made the perfect pair when they were challenged to create an avant-garde look inspired by a model’s wacky hairstyle.

Siriano and March used 40 yards of organza (via Baltimore Sun) and cut them into circles to create this stunning gown. They managed to complete this task with a budget of just $300 and a time frame of two days (via Bella Fashion & The Arts).

The final product had an Elizabethan vibe that totally worked given the challenge.

When March tragically died in 2019 at the age of 56, per the New York Times, Siriano paid tribute to his former partner on Twitter and reminisced about the experience they shared together. “Chris you brought so much beauty into this world and will truly be missed,” Siriano wrote. “It was an honor to share a very special experience with you. I hope you are resting someplace beautiful dressed in one of your unbelievable creations.” 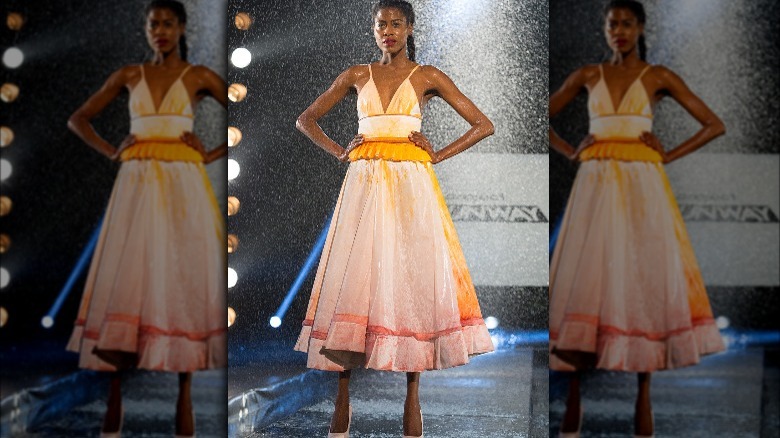 In Season 13, the designers were given a quite difficult challenge. Inspired by Samsung curved televisions that make viewing amazing from any and every angle, the designers were challenged to create an avant-garde look that looks great from every angle and was made from waterproof materials because the runway was being transformed into a “rainway.”

“Your new challenge is intended to test your ability to push the boundaries of design, just as Samsung has done here with their new ultra-high-definition TV,” Tim Gunn explained (via AV Club).

Sean Kelly rose to the challenge and designed a white gown with pouches of fabric dye inside — something that he and everyone else knew was a risk, per Threads Magazine. The risk definitely resulted in a reward — Heidi Klum visibly gasped as she watched the gown transform from plain white to colorful as rain poured onto the runway. The judges also noted that they liked the bright colors because they evoked the happiness of embracing the rainfall.

To truly appreciate how amazing this design is, watch the full video of Kelly’s model walking down the “rainway” right here on YouTube. 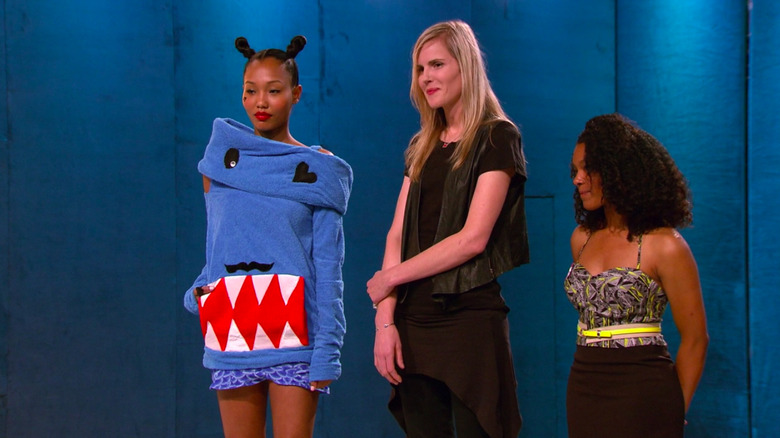 In Season 12, designers were paired together for the first unconventional challenge — and the showrunners really took “unconventional” to the next level. The designers were sent to Coney Island where they handed out Yoplait treats to passersby and asked them to describe their reactions. From there, the teams of two had to choose three keywords and use them as inspiration for their design.

But wait, there’s more! Next the designers had to play carnival games in order to get their materials. Dom Streater and Alexandria von Bromssen (who ended up coming in first and second place, respectively, that season) were paired together and they opted to create a cute “rave” look (via Entertainment Weekly).

Streater and von Bromssen opted to run with the world “playful.” They added furry fabric for the texture component and, although their idea was a little risky given how the judge’s feel about looks that are too costume-like, the pair’s look really hit home with the judges.

Guest judge Kelly Osbourne and Heidi Klum were especially enthusiastic about this look.