Ultimately, Katie didn’t win the love of the bachelor, but she did win the hearts of the fans. She wisely positioned herself as Season 25’s every woman. She was kind and relatable and had no time for bullying or drama in the house. Although bullying and fighting are part of the draw of a show like “The Bachelor,” fans loved Katie’s even-handed approach. Katie eventually navigated her way to the top of ABC’s list for the next “Bachelorette” star and became the Season 17 bachelorette. With all eyes on her, fans were quick to notice that Katie has a small scar on her chest.

Katie recently opened up about the story behind the scar and an issue close to her heart. Read on to find out more.

Katie Thurston wants her followers to learn from her past 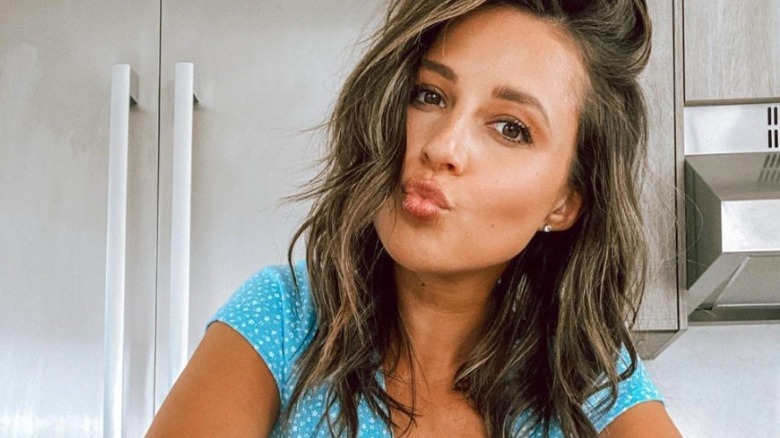 In a since-expired Instagram Story, “Bachelorette” star Katie Thurston opened up about the mysterious scar on her chest and why she wants her fans to learn from her past. “It’s from a lumpectomy after finding a lump in my breast,” Katie explained, via People.

The discovery wasn’t the result of a trip to the doctor’s office, though. Instead, as Katie explained it, she found the lump by accident. “Because I was only 20, I discovered this on my own,” she wrote. “Typically, women don’t get routine mammograms until their 40s, so it’s important to be your biggest advocate when it comes to your personal health.”

Thankfully, Katie found the lump and went straight to the doctor. It was removed, and these days, she’s all well and good, but it was still a scary situation. It even inspired a new passion in Katie — she has become an active supporter of the L4 Project, which provides financial support to cancer patients and their families. Katie further encouraged her followers to advocate for their health and step up and support L4, too.