The former TOWIE babe is showing her wild side as she gets ready to marry Rio Ferdinand.

Flaunting her curves on holiday with her best pals, Kate Wright has been putting on the bustiest of all displays.

Flashing her figure in almost every shot, Kate’s latest look appears to be a favourite among her fans.

Meanwhile, Katie opted for a very risqué display as she donned a pair of frilled shorts and a matching robe.

However, as she topped the outfit with a robe, she ditched her top in the process.

As she whipped of a piece of clothing, her assets plunged to centre stage as she oozed the ultimate sex appeal in her busty bra.

Posing in her undies, the bombshell dropped jaws as she risked major overexposure. 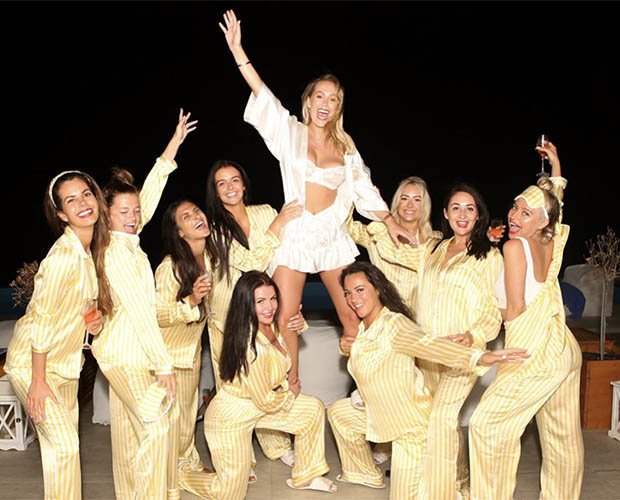 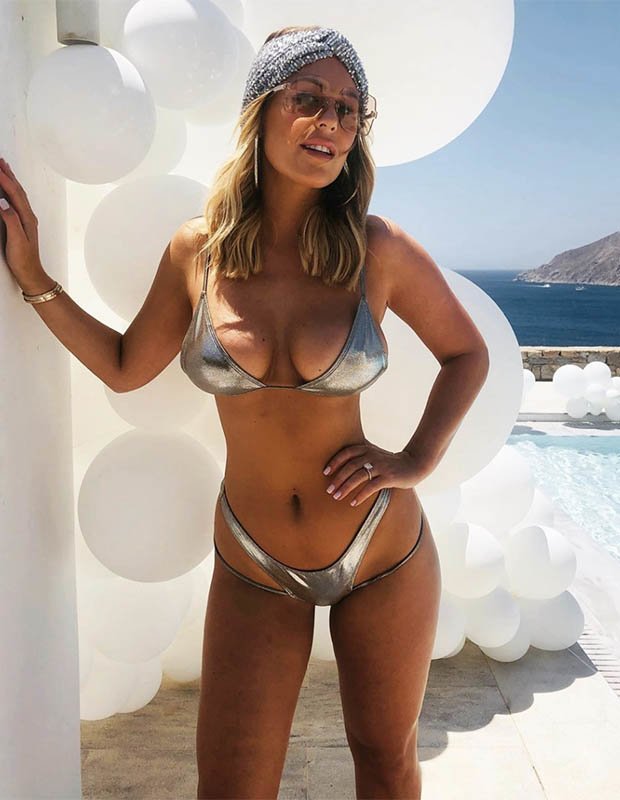 Her cleavage stole the show while she dominated the look, and fans were quick to gush over her.

Sharing the photo to her 1million Instagram followers, she wrote: “PJ night with my loves, everyone in VeryUK.”

The bombshell hit a whopping 28,000 likes at the time of publication, with fans quickly fawning over the shot.

One user wrote: “This is so cute!” 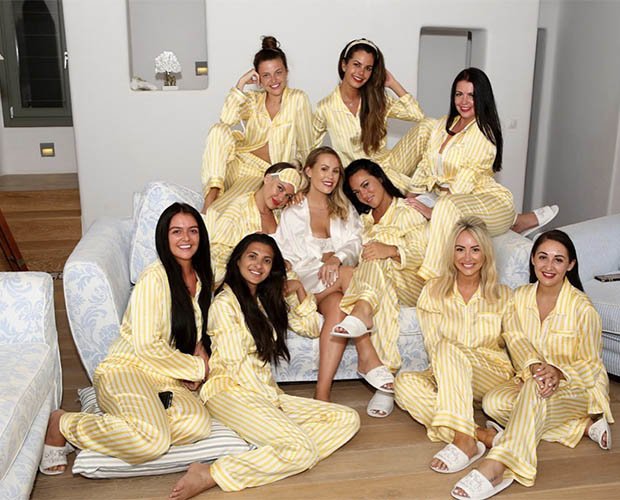 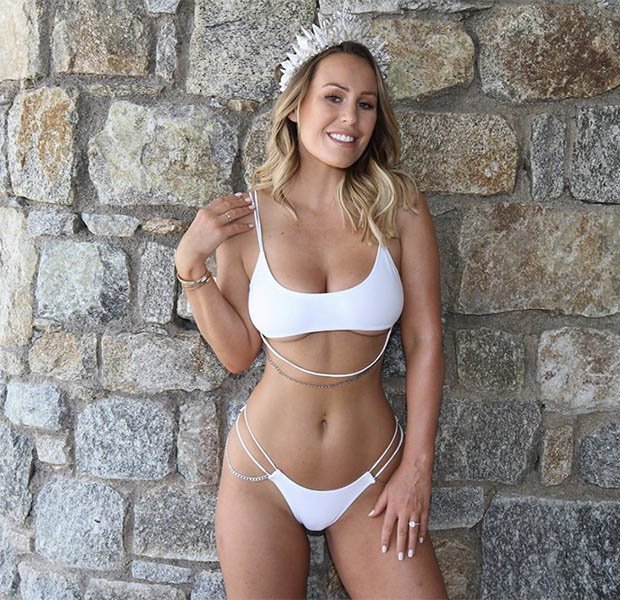 A third fan simply commented a series of heart-eye emojis.

Kate’s hen do snaps have been killing it, and fans have been loving following her party nights.