Well, this is terrifying.

Tyson Fury has a short, yet super menacing, message for his rival Deontay Wilder ahead of their trilogy fight next month … saying, “I’m gonna smash your f***ing face in, you prick … how’s that for a message??”

Of course, the two boxing superstars have been going at each other for years … and it’s clear the hatred is continuing to fill every ounce of Fury’s being.

Deontay has vowed to get his revenge after his shocking loss back in February 2020 … most recently saying, “I just want to beat Tyson Fury’s ass.” 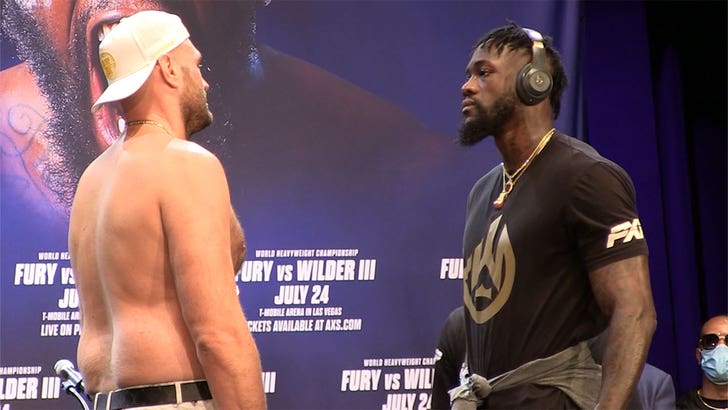 The guys even had a pretty bizarre moment at a recent press conference … when the two stared at each other for MINUTES without speaking before being pulled from each other.

Remember, Tyson and Deontay fought to a split draw the first time around in 2018, with Fury taking the rematch in 2020 … which Wilder partly blamed on his extravagant entrance outfit.

The third fight is set to go down October 9 at T-Mobile Arena in Las Vegas … and we’re expecting nothing short of fireworks.