A source tells Us Weekly exclusively that the pair “were set up” by the cofounders of Beam, a direct-to-consumer wellness brand that both Patrick and Comstock are investors in. “They took their relationship slow for four months and decided to be exclusive in April,” the insider adds. “She’s very happy.” 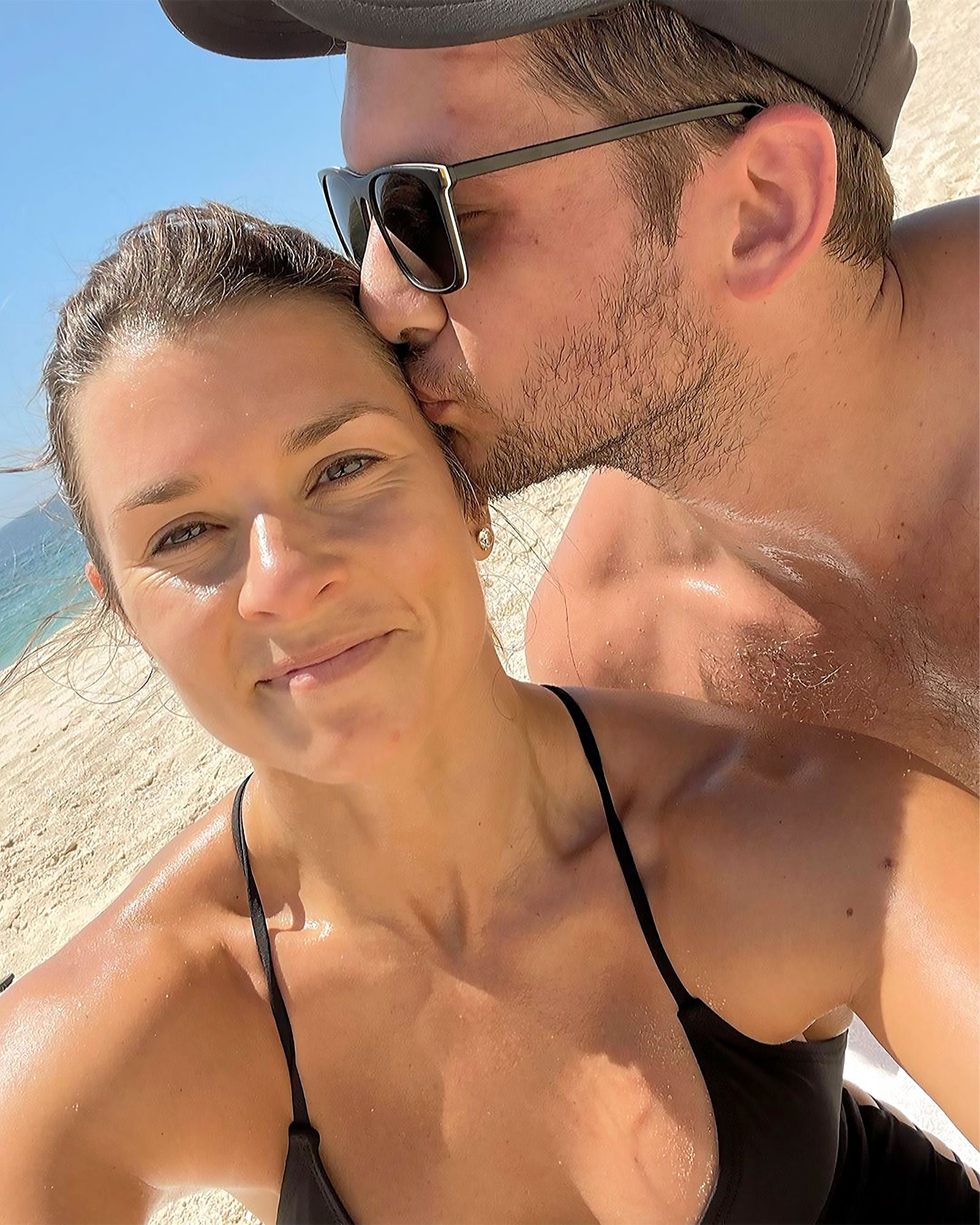 The former NASCAR star, 39, went public with her new relationship on April 16, sharing a photo via Instagram of the new couple kissing on the beach. “Beach workouts are fun for one, but better with you,” she captioned the photo.

Celebrities Who Fell in Love With Non-Famous People

Two days later, Comstock popped up in one of the photos Patrick shared from a recent trip to Cabo San Lucas, Mexico. “Ride or die crew,” she captioned the pictures. “Fun with a capital F was defiantly had!!!! If you couldn’t tell.”

Comstock is the cofounder of Freshly, a meal-prep company that delivers meal kits that are ready to eat in three minutes. “Carter also helps very regularly with business advice because he has so much start-up experience,” says the source. “Now Carter does start-up advising for fun and invests along the way with some.”

The “Pretty Intense” podcast host has talked about why investing is important to her now that she has retired from race car driving. “I hope that people trust me, especially at this point in my career where I’m past the days of needing a sponsor to go racing,” she told USA Today in March 2020. “In fact, I pay for things I want to do now. … I’m very much in the stage of wanting to offer help and wanting to help people grow and help people feel their best mentally and physically.”

Patrick was previously married to Paul Edward Hospenthal from 2005 to 2013 and later dated fellow NASCAR star Ricky Stenhouse Jr. for five years before they split in 2017. In January 2018, Us confirmed that she had started dating Aaron Rodgers, but the couple ended things in July 2020.

A source told Us that the athlete has “completely moved on” from Rodgers, 37, but the breakup did come with its share of difficulties.

“I think we learn the most about ourselves through relationships, but there’s nothing like heartbreak to really throw you in the deep end of that,” Patrick said during an appearance on Running Wild With Bear Grylls earlier this month. “But I’ve learned a lot and as broken open as I was on the sad end, I have felt so much joy in so many more instances and so many more unlikely places than I ever have, so it’s like my heart got broken open to both ends of the spectrum.”

Rodgers, meanwhile, is now engaged to Shailene Woodley. The actress, 29, confirmed the news during a February appearance on The Tonight Show Starring Jimmy Fallon.

With reporting by Emily Longeretta