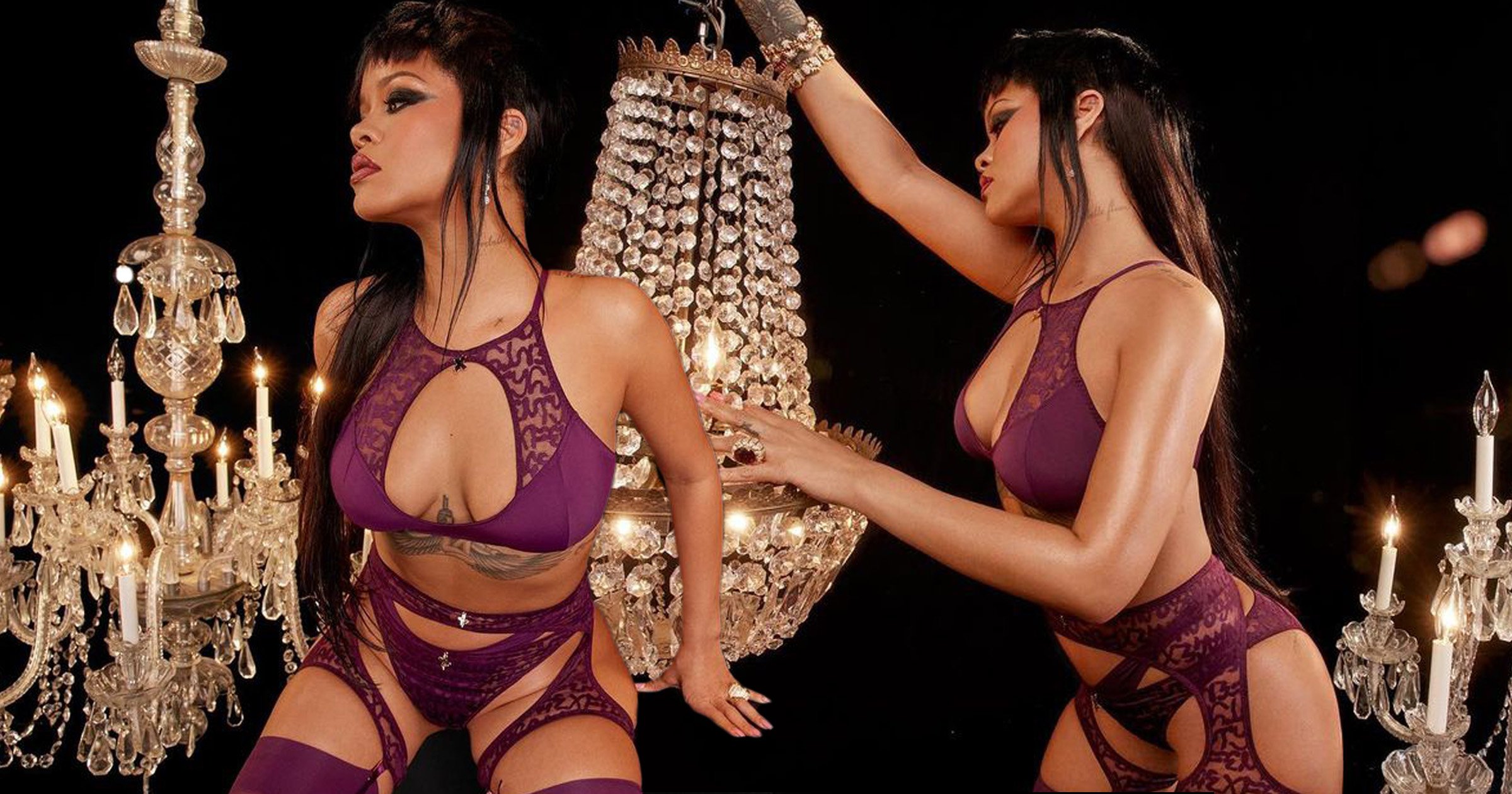 Many thought the human embodiment of fire was Wheeler from Captain Planet, but, fun fact, it’s actually Rihanna.

The singer confirmed her line is on its way to bring some heat to the cold months ahead as she wore a purple lingerie set we can only imagine is already sold out.

Posing in a room filled with chandeliers to promote her wares for the holidays, the Rude Boy star rocked a pair of stockings and heels in the campaign shot, proving once again no one can hawk her own range quite like Riri herself.

The 33-year-old wrote alongside the snaps: ‘Holiday szn bout to be Xtra af #TisTheSavage.’

Tis The Savage indeed! We know what many will be asking Santa for this year.

In saying that, it comes as no surprise Rihanna’s followers were salivating over the images, with one getting in early: ‘This my Halloween costume next year.’

Many, many, many others shared fire emoji. And others just asked where her next album was…

The campaign is just another winning move from Rihanna and her Savage X Fenty line, which recently boosted her estimated worth to $1billion (£731million), following its launch in 2018.

Going from strength to strength, in September the singer dropped Vol 3 of the brand’s fashion show, cementing its place as the iconic lingerie event of the year.

The latest looks were broadcast on Amazon Prime, with Cindy Crawford making a grand entrance in a floor-length green gown, while Emily Ratajkowksi was regal in a purple two-piece.

The Savage x Fenty fashion show is known for its inclusive nature, and models of all sizes, races and gender identities were featured, including RuPaul’s Drag Race star Gottmik, who is a transgender man.

In between all the fashion, viewers were treated to performances from Normani, Nas, Daddy Yankee, BIA, Erykah Badu, Busta Rhymes, Jazmine Sullivan and Ricky Martin, while Rihanna also made an appearance.

Earlier this year, Forbes estimated Rihanna’s worth to be $1.7 billion (£1.2bn) with the bulk of her fortune (an estimated $1.4 bn) reported to come from the value of Fenty Beauty, which the outlet stated she owns 50% of.

The rest of her fortune comes from her stake in Savage x Fenty, which is reportedly worth around $270 m (£193m).

And now we know why.