In 1969, master manipulator, leader of the “Manson Family” cult, and notorious serial killer Charles Manson would commit seven murders without ever lifting a finger. Instead, he molded six people to conduct the murders. Of those murders, Sharon Tate, the second wife of director Roman Polanski, was entertaining hairdresser Jay Sebring and coffee heiress Abigail Folger, as well as Folger’s boyfriend Wojciech Frykowski, and Steven Parent, who was just 18 at the time the entire group was killed.

Tate, who was eight months pregnant, lived at 10050 Cielo Drive with Polanski, who was in Europe at the time of her murder. The home was chosen by Manson for the simple fact that he had been to the home on a previous occasion. Tex Walker, one of his many followers, had also been to the house, and was familiar with the layout. Walker and three others would carry out the murders of Tate and her guests with brutal and efficient completion.

However, aside from Manson’s deadly exploits, the convicted serial killer also fathered three children over the years. While everyone knows what ultimately happened to Manson, what ever became of his three sons? Here’s what we know.

Charles Manson fathered three sons, none of whom claimed his name 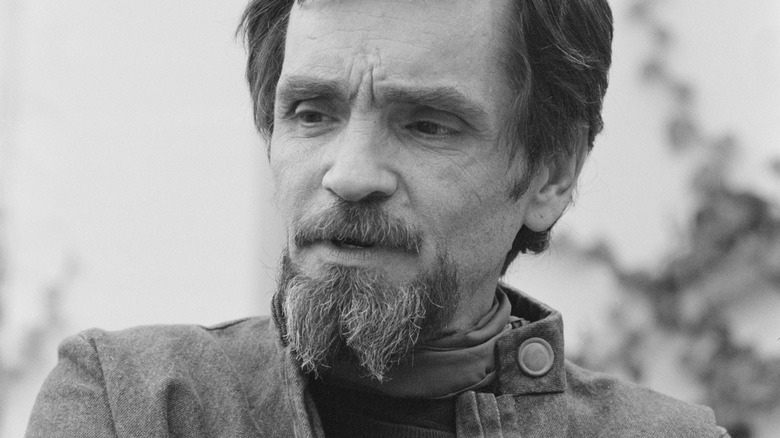 Charles Manson was not always a murderer, but his criminal history started long before Sharon Tate or Leno LaBianca ever entered his life. After meeting his first wife, 15-year-old Rosalie Jean Willis, in West Virginia, he was arrested for stealing a car to transport his pregnant wife back to California. Willis would go on to birth Manson’s oldest son, Charles Manson Jr. CNN reports that Charles Jr. legally changed his name to Jay White in an effort to distance himself from his infamous father and tried relentlessly to eradicate his father’s gruesome legacy. According to All That’s Interesting, White would eventually succumb to his own demons. In 1993, White stopped along a lonely stretch of Kansas highway and used a gun to take his own life and finally stop his father from tormenting him.

Charles Luther Manson, who would change his name to Jay Charles Warner, according to Film Daily, was born to Leon “Candy” Stevens and, while he largely stayed out of the spotlight because of his famous father, the elder Manson’s second son died of unknown causes in 2007.

Valentine Michael Manson would also change his name to Michael Brunner, taking the maiden name of his mother, Mary Brunner, according to Film Daily. As the youngest Manson son, Brunner would eventually find himself enmeshed in a legal battle against his biological nephew, Jason Freeman, for the rights to his dad’s body. Charles Sr. died in prison in 2017 at age 83. Freeman eventually won the rights to his grandfather’s corpse, however, which he then had cremated.