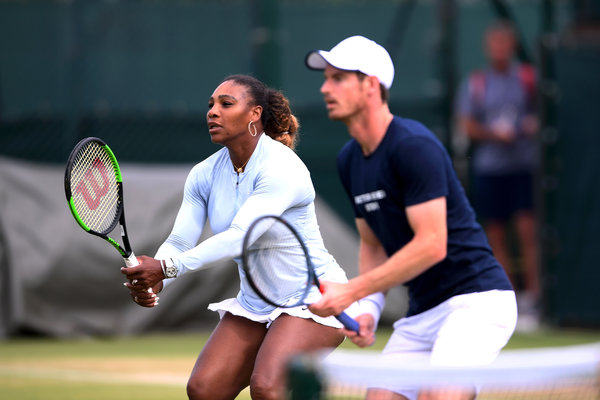 Williams, who will start the day’s action on the No. 1 Court, looked vulnerable in the first set of her second-round matchup against Kaja Juvan. Williams needed time to regain her composure, but once she did, she made it clear why she has 23 Grand Slam singles titles, finishing the match with back-to-back aces. Although Görges, a semifinalist last year, has struggled for the majority of the season, she has looked in form on the grass. She reached the final of the Birmingham Open last month, and Williams’s consistency will not be enough to force errors out of Görges.

Nadal, a two-time Wimbledon champion, beat Nick Kyrgios on Thursday in a tense four-set match. Tsonga, a two-time semifinalist at Wimbledon, missed most of the 2018 season as he recovered from surgery on his left knee. While Tsonga still isn’t back to peak form, his grass-court season has been relatively good: He reached the round of 16 at both Stuttgart and Halle. Tsonga’s serve and volley are extremely effective on the grass, and his consistently deep groundstrokes can push opponents deep behind the baseline. Nadal is the player least likely to be affected by that strategy. His heavy topspin shots and expert precision can neutralize even the best approach shot.

Federer, the eight-time Wimbledon champion and second seed, will play the day’s final match on Centre Court. He won the Halle Open on grass in convincing fashion a few weeks ago. Pouille, the 27th seed and a 2016 quarterfinalist, had an impressive start to the year, reaching the semifinals of the Australian Open. But he struggled to replicate that form for most of the year, improving slightly in the grass-court tournaments that preceded Wimbledon. The 37-year-old Federer, who always seems especially at ease on the grass of Centre Court, will look to unsettle Pouille, 25, with a variety of shots.

Konta, the 19th seed and top-rated Briton in the draw, will meet Stephens, the 2017 United States Open champion, on the No. 1 Court for a rematch of their quarterfinal at the French Open. Konta won the meeting in Paris, as well as their two other matches this year. Stephens, the ninth seed, has looked much more comfortable this week, losing only eight games on her way to the third round. On the fast, dry grass of Wimbledon, Stephens’s flat, counterpunching groundstrokes could give her the edge.

Murray’s comeback from hip surgery is bringing excitement and prime court assignments to the early-round doubles action. His second-round men’s match with Pierre-Hugues Herbert against the Croatian pair of Nikola Mektic and Franko Skugor on the No. 2 Court begins around 8 a.m. Later, the dream team of Murray and Serena Williams is expected to play a postponed first-round mixed-doubles match against Andreas Mies and Alexa Guarachi. (By the way, after Murray’s men’s doubles match, the No. 2 Court will feature the first-round mixed doubles pairing of Cori Gauff, the 15-year-old sensation in the singles draw, and Jay Clarke of Britain.)