For those of us not lucky enough to have watched Eurovision in person, despair not, for we’ve got a view of the action that shows just how pandemonium ran through the audience when Kalush Orchestra was announced the winner on Saturday night.

The folk-rap group beat UK’s Sam Ryder, who was an early leader with his banger Space Man, on Saturday night in Turin Italy, coming out on top with 631 points to Ryder’s 466 with their song Stefania.

And boy did they celebrate. As did the audience!

Video taken by Metro.co.uk from the grand moment shows hosts Alessandro Cattelan, Laura Pausini and Mika announcing the winner before it pans across the audience as fans react to Ukraine’s poignant win.

The hosts kept us hanging for an uncomfortable length of time, as Kalush Orchestra and Sam Ryder were projected onto the screen – which is what we saw from home.

In this clip you can see the other acts patiently waiting for the news, with Norway’s entry Subwoolfer seen with their unmistakable yellow wolf ears pointing out of their section. 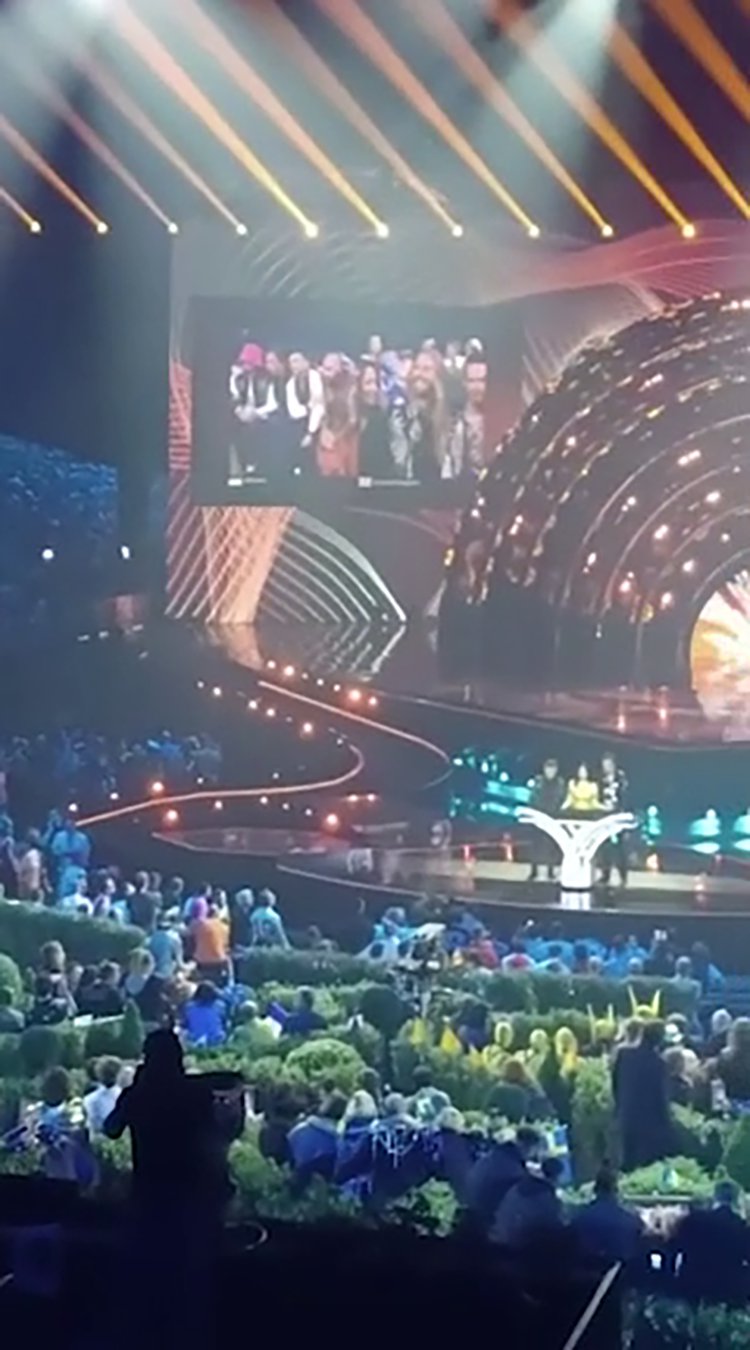 Off-camera, the Lithuanian act Monika Liu was also seen waving the Ukrainian flag throughout the whole thing, before the UK’s points were revealed and it was clear Kalush Orchestra had won.

As the camera panned around the crowd, people were seen out of their seats cheering as the roar of the stadium showed the level of celebration for Ukraine’s triumph.

In the lead-up to the final, bookmakers predicted that Kalush Orchestra and Ryder both had strong odds of being crowned the winners.

However, in the end, there could only be one act that went home with the trophy, and it was Kalush Orchestra’s time to shine with their hit song Stefania, which had left audiences around the world in tears.

The UK soared to the top of the scoreboard after the jury votes with 283 points, with Sweden in second place with 258 points and Spain placing third with 231 points before the televote confirmed the winner.

Following their victory, Kalush Orchestra – which also includes multi-instrumentalist Ihor Didenchuk and dancer Vlad Kurochka – said the win was ‘for every Ukrainian’.

Rapper Oleh Psiuk explained: ‘We haven’t really celebrated yet. We will probably have a big celebration after the war because victory is great, winning Eurovision is fantastic but there is just so much stuff going on.

‘People are getting killed in the war or they fight in the war or lose their jobs in Ukraine, it is not really the best backdrop for celebrations.’

Ukraine’s president Volodymyr Zelensky vowed that his country would host the competition next year.

He said: ‘Ukraine will be hosting Eurovision next year. For the third time in its history, and I trust not for the last time.

‘We will do our best so that Ukraine’s Mariupol, a liberated, peaceful city that has been rebuilt will host guests and participants of Eurovision one day.’

‘We will host Eurovision in a newly rebuilt and happy Ukraine. He congratulated us and he is happy we won.’