Prince Philip, the Duke of Edinburgh, has died at 99. Buckingham Palace announced his death Friday, noting he “passed away peacefully.”

The husband of Queen Elizabeth II had recently returned to Windsor Castle after the longest hospitalization of his life. He was admitted to a London hospital on Feb. 16 after feeling unwell. He was later transferred to another London hospital where he underwent a heart procedure, and then returned to King Edward VII Hospital where he stayed until his release on March 16.

Beyond the hospital stays and occasional public appearances, he had been in isolation with the queen at Windsor Castle since March 2020 due to the COVID-19 pandemic.

Philip’s death is a personal loss to the monarch and to his family, and a substantial one: The queen herself famously described him as her “strength and stay.”

Here’s everything you need to know about Prince Philip, his role in the royal family, his children and funeral plans.

Who is Prince Philip?

Prince Philip was the husband of Queen Elizabeth II and Britain’s oldest and longest-serving royal spouse in 10 centuries.

He was married to the queen for more than 70 years and was a steady presence behind her at thousands of public events, becoming as familiar to the British people as the queen, if not always as beloved. 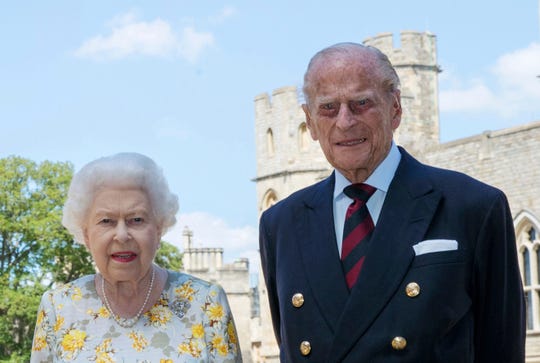 In this file photo from June 1, 2020, Queen Elizabeth and Prince Philip pose for a photo in the quadrangle of Windsor Castle ahead of the Duke of Edinburgh's 99th birthday. (Photo: Steve Parsons, AP)

How did Prince Philip become part of the royal family?

Philip was born in 1921 on the Greek island of Corfu, son of a prince of the Greek royal family. Ethnically, however, he was mostly a Danish royal (the Greeks recruited his grandfather, a Danish prince, to be their king in the 19th century), with big doses of German and English royalty in his heritage.

When he was a baby, the Greeks got fed up with his family and ran them out of Greece. Later, his mother, Princess Alice, had a nervous breakdown and ended up in a psychiatric hospital for years. His father, Prince Andrew, drifted to Monaco, where he died at 62.

Shuttled around to various relatives and boarding schools in Germany and Britain, Philip grew into a tough young man mostly raised by his English royal relations and marinated in the Navy. His maternal uncle, the endlessly ambitious Lord Louis “Dickie” Mountbatten, helped him get cozy with the British royal family, especially Elizabeth, five years his junior, who met him when she was 13 and never looked at another man again, according to their biographers. 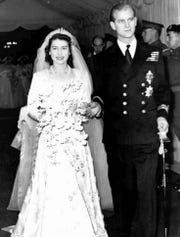 Why is Prince Philip not a king?

When Philip married Elizabeth in 1947, he renounced his Greek citizenship and church and became British, Anglican and a royal duke.

Elizabeth became queen in 1952, following the death of King George VI. Philip did not become the King of England due to a longstanding rule in the royal family with decrees that a man who marries a reigning queen will only be referred to as a Prince Consort.

Prince Philip and Queen Elizabeth II share four children, eight grandchildren and 10 great-grandchildren with one more on the way. Their children are Prince Charles the Prince of Wales, Prince Andrew the Duke of York, Princess Anne and Prince Edward Earl of Wessex.

His great-grandchildren include Harry and Meghan’s son Archie, 1 (the couple has a baby girl on the way); William and Kate’s sons Prince George, 7, and Prince Louis, 2, and daughter Princess Charlotte, 5; Eugenie and Jack’s August Philip, 2 months; and Zara and Mike’s Lena Elizabeth, 7, Mia Grace, 2 and Lucas, born last month; and Peter and Autumn’s Savannah, 10, and Isla, 9. 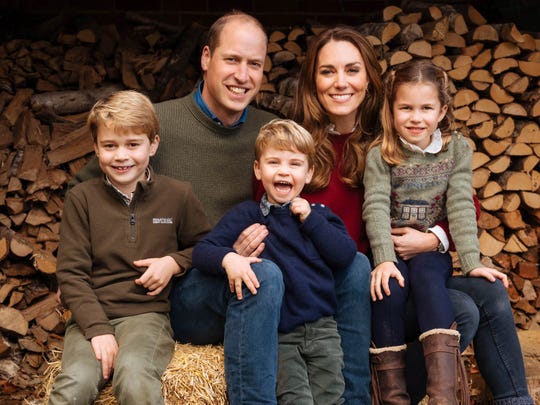 What is Prince Philip’s cause of death?

A cause of death was not immediately known. The statement from Buckingham Palace noted that the prince “passed away peacefully this morning at Windsor Castle.”

Philip had recently endured a long hospital stay where he underwent a heart procedure. He had returned home March 16.

He was also hospitalized in December 2019 to treat a pre-existing condition.

The duke had been hospitalized multiple times since the end of 2011. In December of that year, he was rushed to the hospital when he suffered chest pains during the royal family’s annual Christmas holiday. He underwent an emergency stent procedure to correct a blocked artery and was released four days later.

He also was hospitalized in 2012 for what was described as a sudden bladder infection. 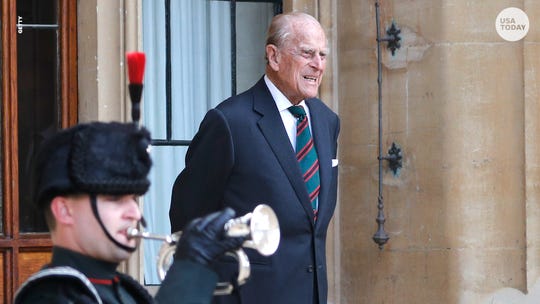 Prince Philip had been hospitalized since Feb. 16. (Photo: Getty)

What are the plans for Prince Philip’s funeral?

As royal consort, Philip’s passing does not affect the royal succession nor the British government. Funeral arrangements were not immediately announced but royal funerals are routinely planned years in advance. Philip’s funeral plan is known as Operation Forth Bridge.

As husband of the sovereign, the duke is entitled to a state funeral, but he has expressed his preference for a private, military-style funeral at St. George’s Chapel at Windsor Castle and burial nearby at Frogmore Gardens, where his great-great grandparents, Queen Victoria and Prince Albert, are interred.