Family spat! Kendall Jenner took to social media after Travis Scott dropped a teaser clip for his upcoming music video — and it looks like he missed one crucial detail.

“SOME ASK ME HOW I’M STARTING TONIGHT OFF, IMA MAKING A ESCAPE. WHOS READYYY. I WANT THE RAGE TONIGHT,” Scott, 29, captioned the video via Instagram on Saturday, July 24.

The clip offered fans a look at his upcoming project, which including a scene where three black dogs were running down a hill. Jenner, 25, commented, “The fact that Pyro didn’t get casted for this…”

Pyro is the model’s black Doberman that she brought into her life in 2018.

The rapper, for his part, joked back that he had big plans for the dog in another capacity.

“Seeeee when I was shooting this, I for sure said pyro needed to pull up. I’m shooting pyro for the cover,” he responded to the reality star.

Kylie Jenner and Travis Scott: A Timeline of Their Relationship

The TV personality wasn’t the only one in the Kardashian-Jenner family to support Scott’s new music, with Kylie Jenner leaving several emojis on the post. The beauty mogul, 23, left a mix of the flame emoji, the tongue-out emoji and a few drooling emoji and the record producer responded with several heart emojis back. 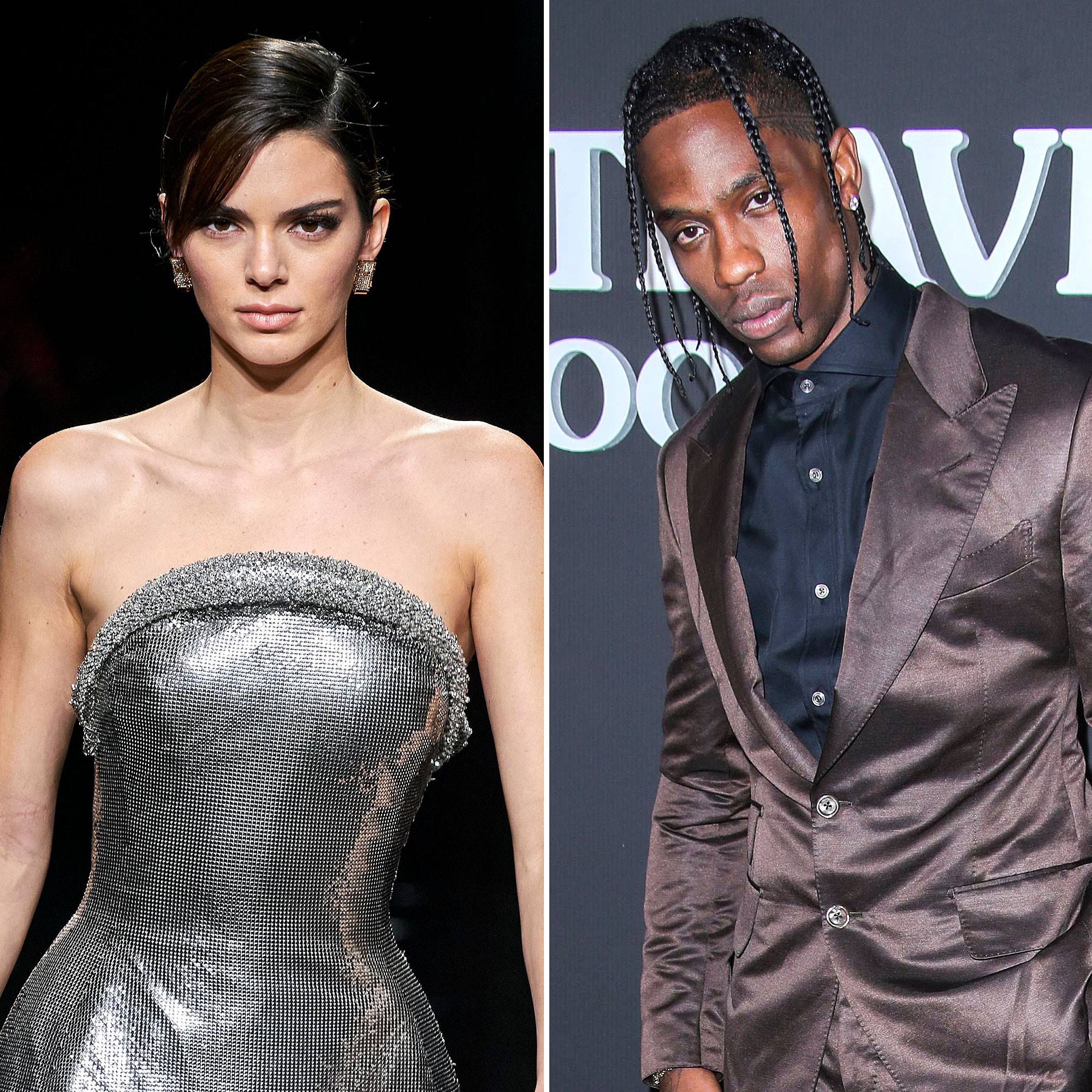 Kylie started dating the musician in April 2017, and Us Weekly confirmed in September of that year that she was expecting their first child. The pair kept the pregnancy private until they welcomed Stormi, now 3, in February 2018.

Kylie and Scott broke up two years later, but they focused on staying in one another’s lives for their daughter.

“Kylie and Travis are coparenting amazingly right now and love spending time together with Stormi and making her happy,” an insider shared with Us in October 2020, one year after the pair called it quits. “Travis is a hands-on, super engaged dad and always wants to make Stormi smile. She is such a happy child.”

Recently, an insider opened up about the unconventional approach that Kylie and Scott have taken when it comes to their relationship.

“I wouldn’t say that Kylie and Travis have an open relationship, they just don’t put a label on it. They’ve been like this for years,” the source told Us in May. “Travis will be at all holidays, everything to do with Stormi, but he and Kylie don’t call each other boyfriend and girlfriend. There’s no expectations between them. There are no requirements in their relationship, it’s the way it’s always been.”

The duo managed to find a balance that worked well for them and for their child.

“They don’t call each other asking where they are, Kylie and Travis are both allowed to do whatever they want, but they have a huge amount of love for each other. It’s not a traditional relationship, but it works for them and has worked for years,” the insider added at the time.

The Keeping Up With the Kardashians alum honored Scott last month for Father’s Day.

“Happy father’s day @travisscott 🤍 one day isn’t enough to honor the dad you are. we are so blessed to have you .. 🤍,” Kylie captioned a post via Instagram in June.