“These are all selfish actors who will never hold themselves accountable,” one critic says

What is next for Facebook in the wake of a devastating series of revelations of its own research by the Wall Street Journal, confirming some of the worst criticism already leveled at the social media giant?

The five-part series, which documents the fact that Facebook leaders have long known that Instagram contributed to teenage depression and that anti-vaccination messages were being amplified by its algorithms, is unlikely to drive Facebook to make changes without the intervention – or threat – of government regulation, multiple outside experts told TheWrap.

“These are all selfish actors who will never hold themselves accountable,” Mike Davis, founder and president of nonprofit Internet Accountability Project, told TheWrap. “Monopolists never do, let alone trillion-dollar monopolists. Congress needs to do a much better job of investigating Big Tech companies that have so much unchecked power.”

Last week’s Journal series detailed the extent to which the company’s leaders and researchers were aware of harmful issues happening on the platform — and the company’s repeated negligence in addressing these societal harms. The investigation documented that in many instances Zuckerberg and Facebook leaders disregarded these facts and downplayed these findings to the public. Moreover, Facebook leadership, Zuckerberg included, resisted making some of the changes staffers suggested.

“Unfortunately, what we can expect from Facebook is likely more of the same egregious violations and double-standards,” tech entrepreneur Mark Weinstein said. “Any apologies are to be taken with well-earned skepticism. Facebook’s PR playbook is to pretend to change, and then do more of the same. This has happened countless times and is well-documented.”

Tech journalist Kara Swisher opined that the best move for Facebook right now is probably silence. And, in fact, the company has not taken actions following the investigations, so far only defending its position and directing any inquiries to its blogs. “It’s important to have this proof of Facebook’s duplicity,” Swisher wrote. “But these revelations come as a shock to no one who has been paying attention to the slippery machinations at the company over the years. What’s most revealing is the persistence of the tired old, so-so-sorry, we’ll-do-better excuses that its executives trot out when the company is called out for its destructive products. … At this point, it’s probably best for Facebook executives to say nothing, since every time they do, they trip all over themselves in their weird analogies — which are often centered on the idea that humanity sucked before Facebook.”

Facebook declined to comment further or make its officials available for interviews. In a post, Nick Clegg, Facebook’s vice president of global affairs, said the Wall Street Journal got it “wrong” and defended the company’s practice of conducting internal research.

“At the heart of this series is an allegation that is just plain false: that Facebook conducts research and then systematically and willfully ignores it if the findings are inconvenient for the company. This impugns the motives and hard work of thousands of researchers, policy experts and engineers at Facebook who strive to improve the quality of our products, and to understand their wider (positive and negative) impact. It’s a claim which could only be made by cherry-picking selective quotes from individual pieces of leaked material in a way that presents complex and nuanced issues as if there is only ever one right answer.” 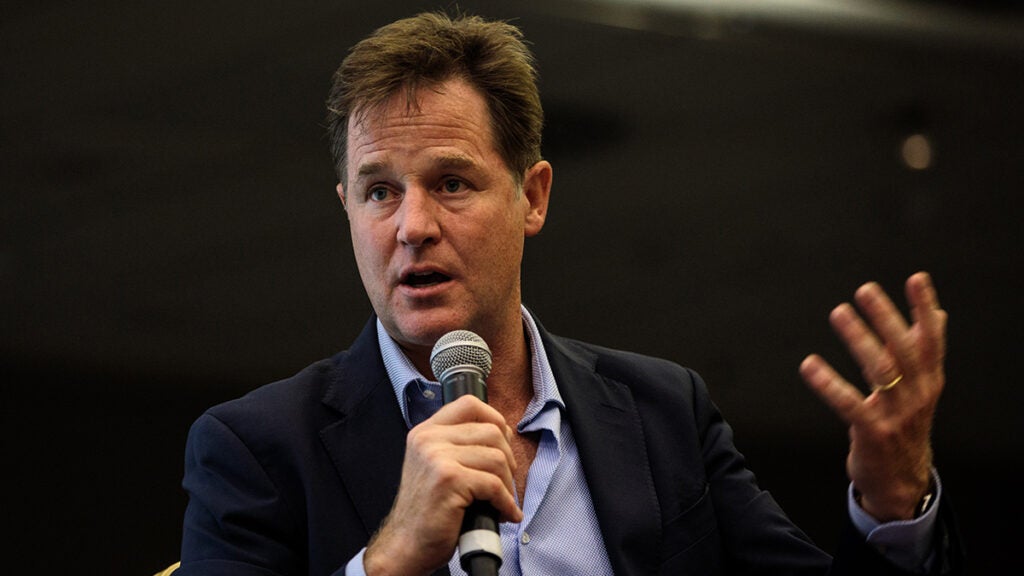 And in a way, Facebook’s public response to criticisms and exposés in the past have been part of the problem. “It’s just such a weird tactic,” tech columnist Kevin Roose wrote on Twitter. “Like if Chipotle was getting criticized for having salmonella in its guac or whatever and the CEO’s response was like ‘Well, scaled food production has had many benefits for humanity, including freeing us from being hunter-gatherers.’”

Time and again, Facebook’s own research findings revealed that its services were being abused and overrun by dangerous organizations and accounts trumpeting anti-vaccination posts. On top of that, Facebook has been running its own VIP program, XCheck, which exempts millions of high-profile accounts from its enforcement policies. The list includes politicians, Hollywood A-listers and famous athletes — and contracticts CEO Mark Zuckerberg’s previous claims that Facebook treated all users equally.

The list goes on: Internal research showed how Facebook found 41% of comments on vaccine-related posts discouraged vaccination. Its findings also showed that Instagram was responsible for 32% of teenage girls feeling bad about their bodies, and felt worse from using the photo-sharing app. And in 2018, its effort to change the algorithm in order to boost personal connections actually resulted in the opposite effect — the platform instead boosted toxicity, violence and misinformation.

The real question now is over whether Facebook will risk potentially undercutting its bottom line to make systemic changes to its services. Large corporations are not known to be accountable for social and moral responsibilities — Facebook has been no exception as it climbed its way to a $1 trillion valuation and some $86 billion in annual revenue. Along with the rest of Big Tech, the company enjoyed a blowout second quarter this year boosted by digital ads, growing its ad revenue by 55%, to $28.6 billion.

The Federal Trade Commission has been pursuing an antitrust complaint against Facebook over its practices of buying up and burying its biggest competitors. The agency is also continuing to investigate the biggest tech players’ acquisitions over the last decade, with a particular eye on smaller deals that have flown under the radar.

Further regulatory action could come in the form of additional hearings or legislation around antitrust, data protection and public health regulations. “Big Tech’s blatant disregard for human welfare, data privacy and fair market competition demands a bold and aggressive approach from Congress,” Davis said. “That means passing antitrust legislation, data privacy protection and other accountability measures. This is a problem that’s been growing for many years and it’s finally time to act. We must break up Big Tech and fix Section 230 now.”

Section 230 is part of the Communications Decency Act providing immunity to internet platforms that publish content by third-party users. That’s in contrast to traditional media companies, which are liable and can get sued over what they publish. Many are calling on Congress to update the law, while others say it would limit freedom of expression and chill free speech.

In her piece, Swisher argued that Facebook is long overdue for regulation and accountability: “Nowadays the human race seems even more abhorrent, and in many more twisted and amplified ways, and it’s because of Facebook, the biggest and least accountable communications and media platform in history.” Many have raised this point as regulators and critics aim to break up Big Tech and Silicon Valley industries in recent years.

Roger McNamee, author of “Zucked: Waking Up to the Facebook Catastrophe,” called the Journal, saying this report reveals “new evidence of FB’s participation in criminal activity. This would be a good time for criminal investigations by DOJ, SEC, state AGs, FTC.”

Last week, Senators Richard Blumenthal (D-Connecticut) and Marsha Blackburn (R-Tennessee) announced a new investigation into Facebook’s “coverup” of how its platforms impact the mental health of teenagers. “It is clear that Facebook is incapable of holding itself accountable,” they wrote. “The Wall Street Journal’s reporting reveals Facebook’s leadership to be focused on a growth-at-all-costs mindset that valued profits over the health and lives of children and teens. When given the opportunity to come clean to us about their knowledge of Instagram’s impact on young users, Facebook provided evasive answers that were misleading and covered up clear evidence of significant harm.”

Angelo Carusone, president and CEO of Media Matters for America, expressed doubt that the Journal’s bomshell reports will push Facebook to course-correct. “There’s this weird feeling that nothing will change,” he told TheWrap. “There has to be a business threat. I didn’t see HBO or Disney, or any of their biggest advertisers, even feel the need to issue a statement. I’m not convinced yet that it will be the catalyst that I wish it would be. In some ways it calcifies that the business model is so strong that nothing needs to change.”

Still, others voiced concern that more revelations may be coming that might be even more alarming. “This investigative series is obviously just the tip of the iceberg exposing Big Tech abuses,” Davis said. “This leads observers to wonder: How much more is happening that we just don’t know about? Facebook is a leading Big Tech corporation, but it’s not alone. What unethical or illegal activity is happening at Google, Apple or Amazon that hasn’t come to light yet?”