The Netherlands scored 1-0 in tense semi-final to seal place in the World Cup final against United States on Sunday. 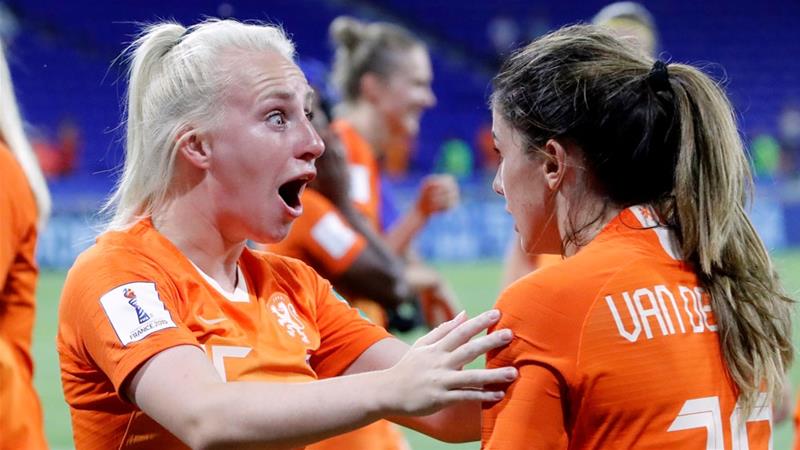 The Netherlands beat Sweden 1-0 in extra time late on Wednesday at Stade de Lyon in France to advance to the 2019 FIFA Womens’ World Cup final.

The Oranjeleeuwinnen – or orange lionesses, as the side are also known – will meet the defending champions the United States in the final on Sunday.

The team coached by Sarina Wiegman prevailed against Sweden after extra time, with a winning goal by Jackie Groenen in the 99th minute.

It is the first time the Dutch women’s side has reached a World Cup final.

Following their defeat, Sweden will take on England in a third-place playoff.

England women’s 2-1 loss to the US on Tuesday marked the team’s third-straight semi-final defeat in major tournaments after they bowed out against Japan in the 2015 World Cup in Canada and later lost to the Netherlands in Euro 2017.