Astronauts, from left, Buzz Aldrin, Michael Collins, and Neil Armstrong posing for an unintentionally funny portrait with a giant fake moon in 1969. 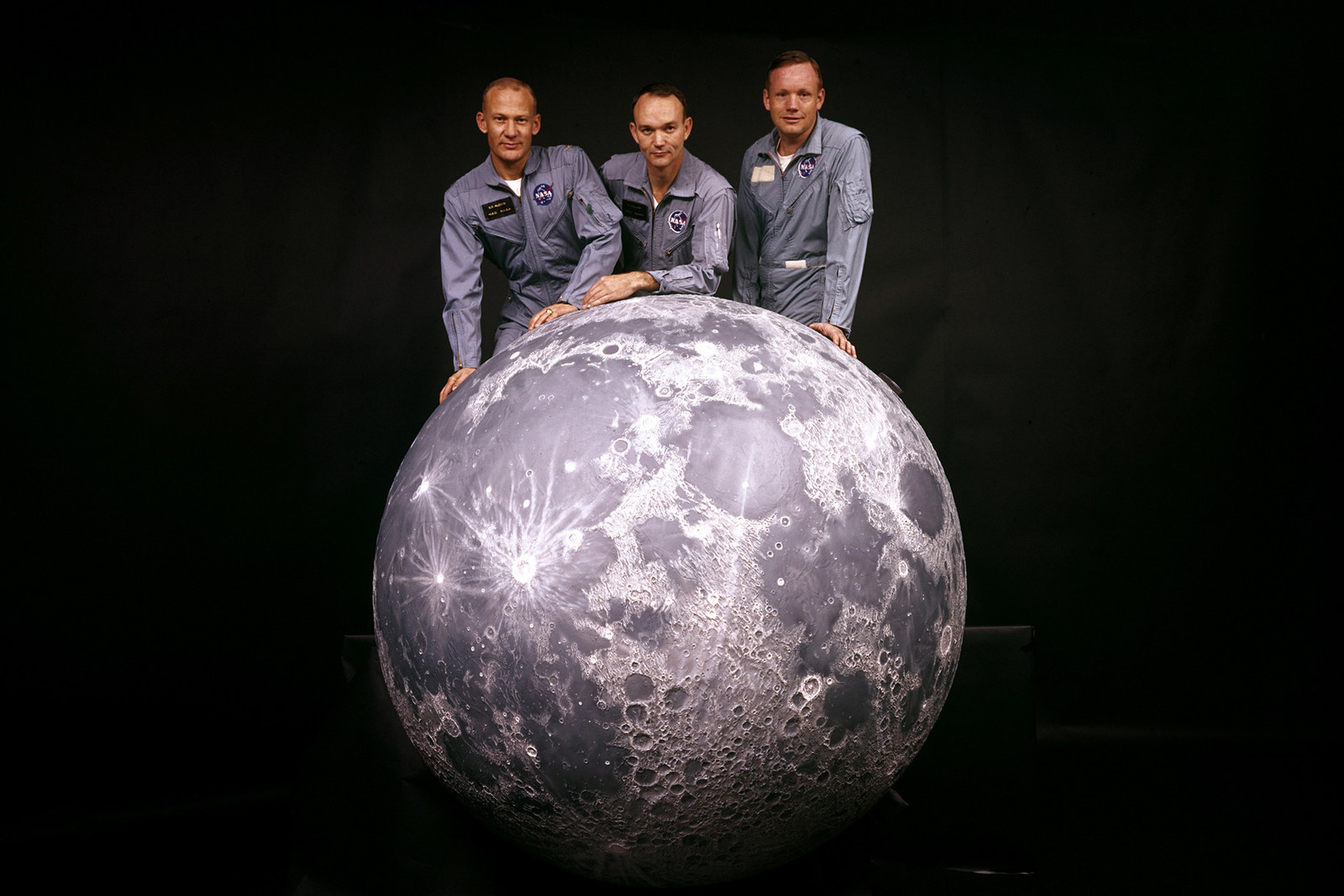 Neil Armstrong testing the Hasselblad camera used to take many of the historic photos from the lunar surface. 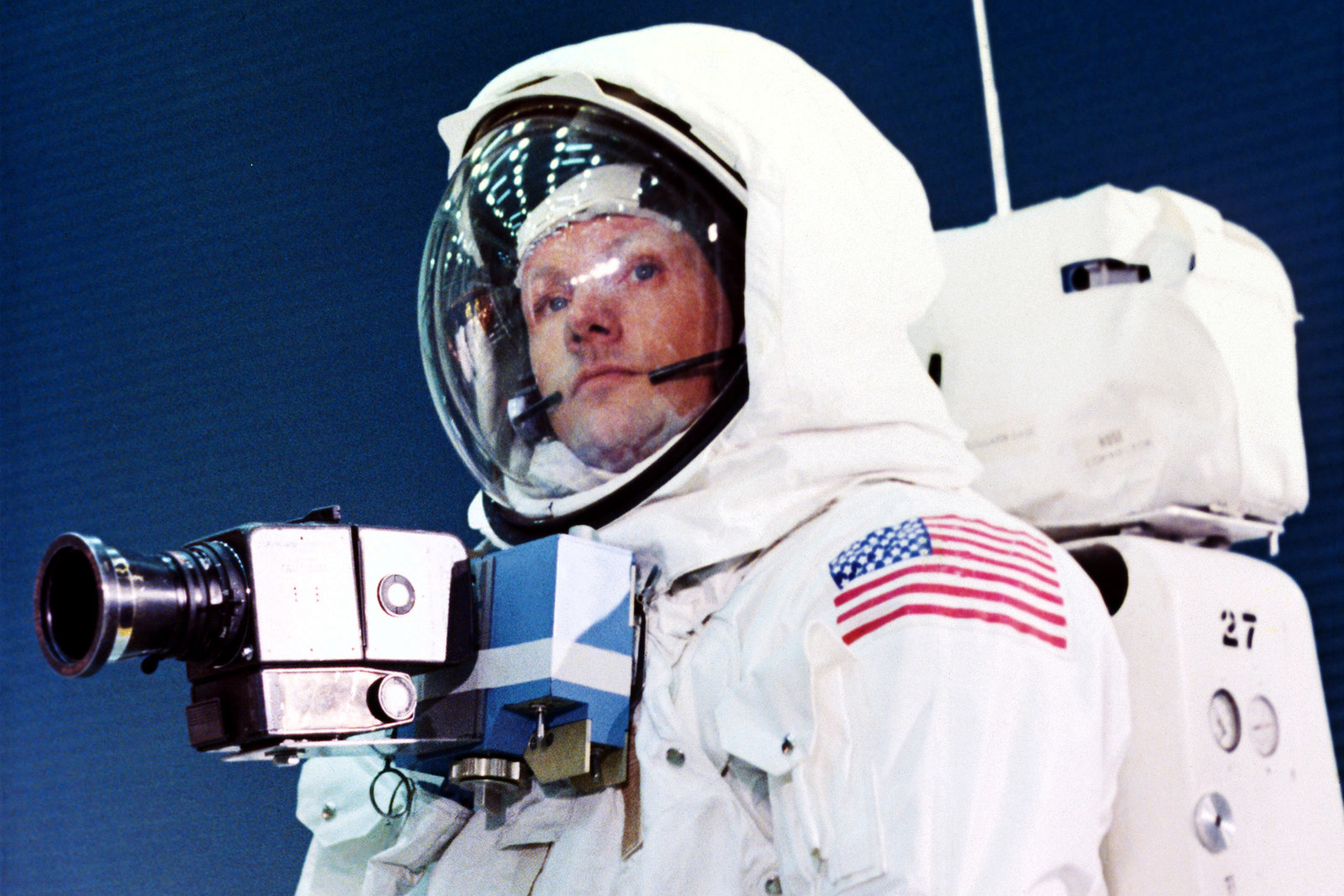 The Apollo astronauts enjoying their last breakfast of steak and eggs on the morning before blastoff on July 16, 1969. 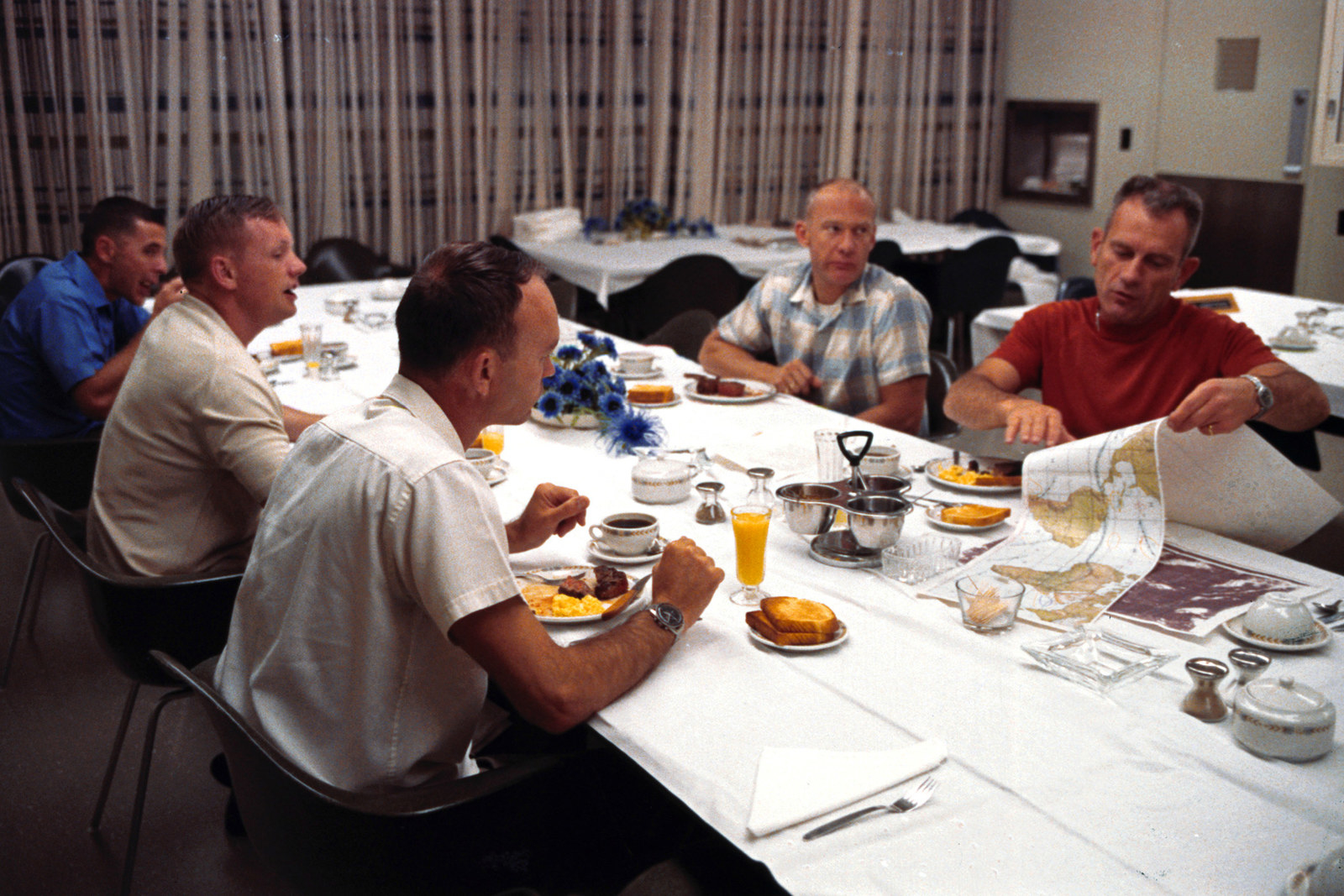 This appetizing spread of food that the Apollo 11 astronauts brought along on their 238,900-mile journey to the moon. 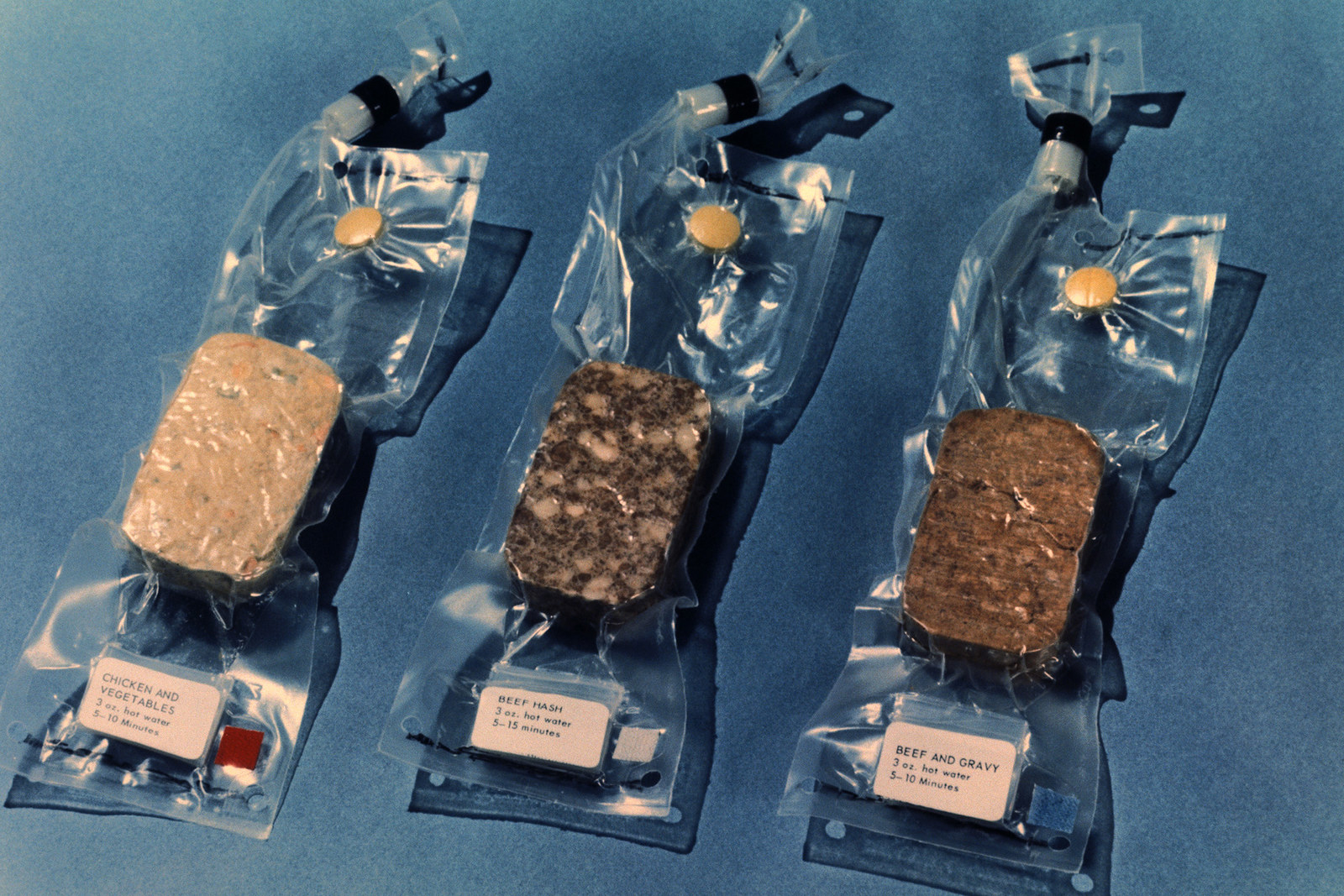 The incredible focus of NASA’s launch control staff at Kennedy Space Center in the moments before blastoff. 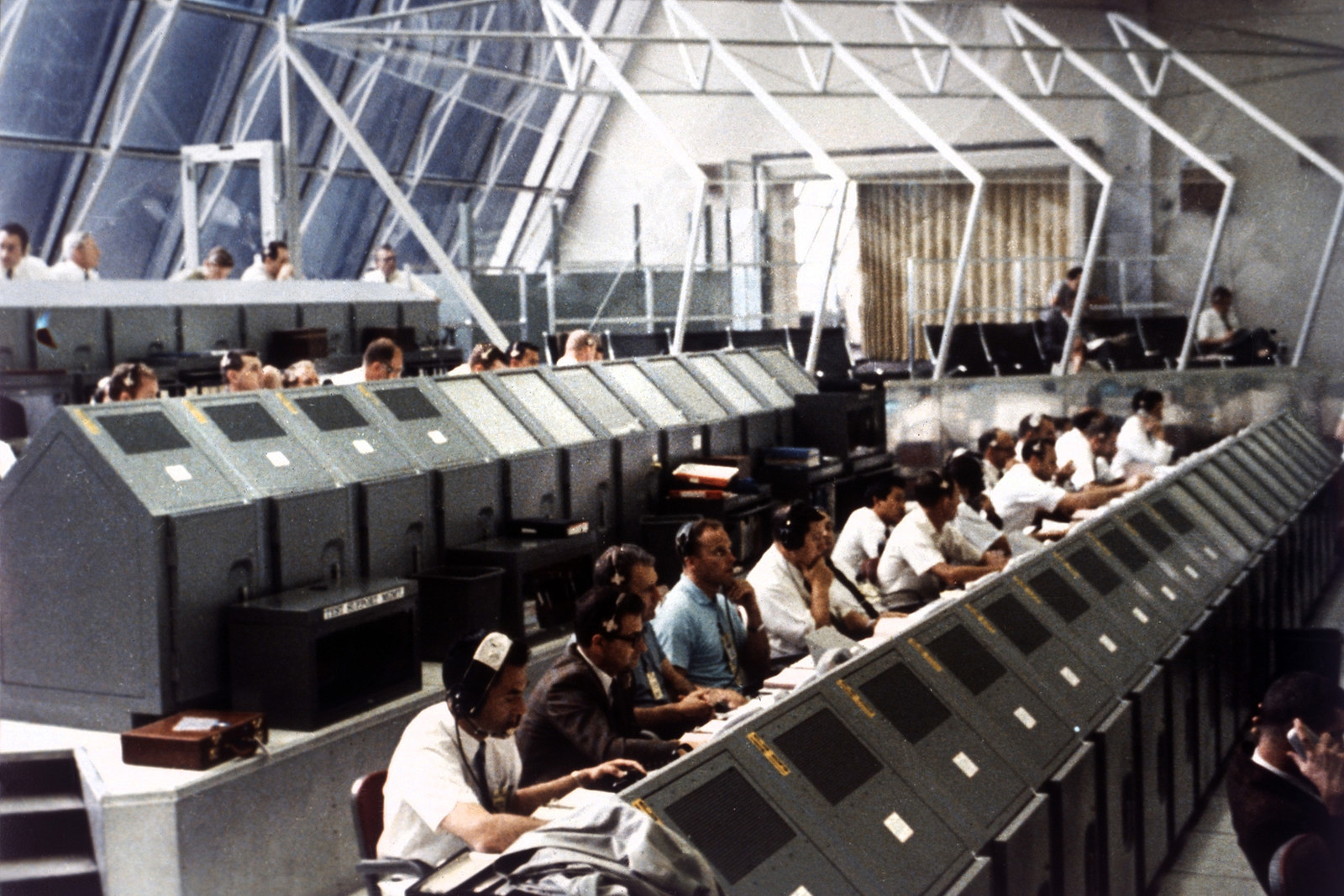 The quiet amazement from spectators witnessing humans leave to the moon for the first time in history. 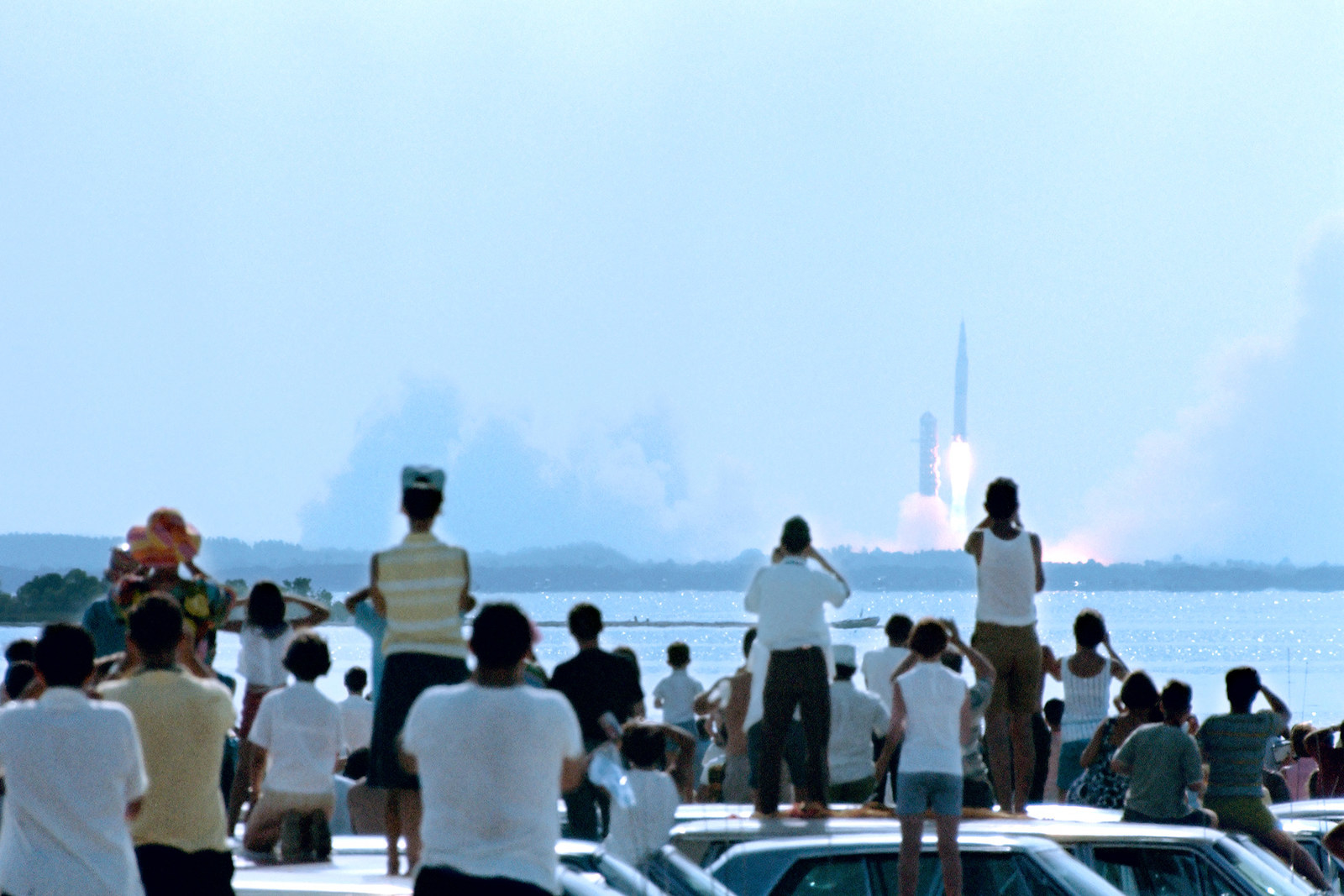 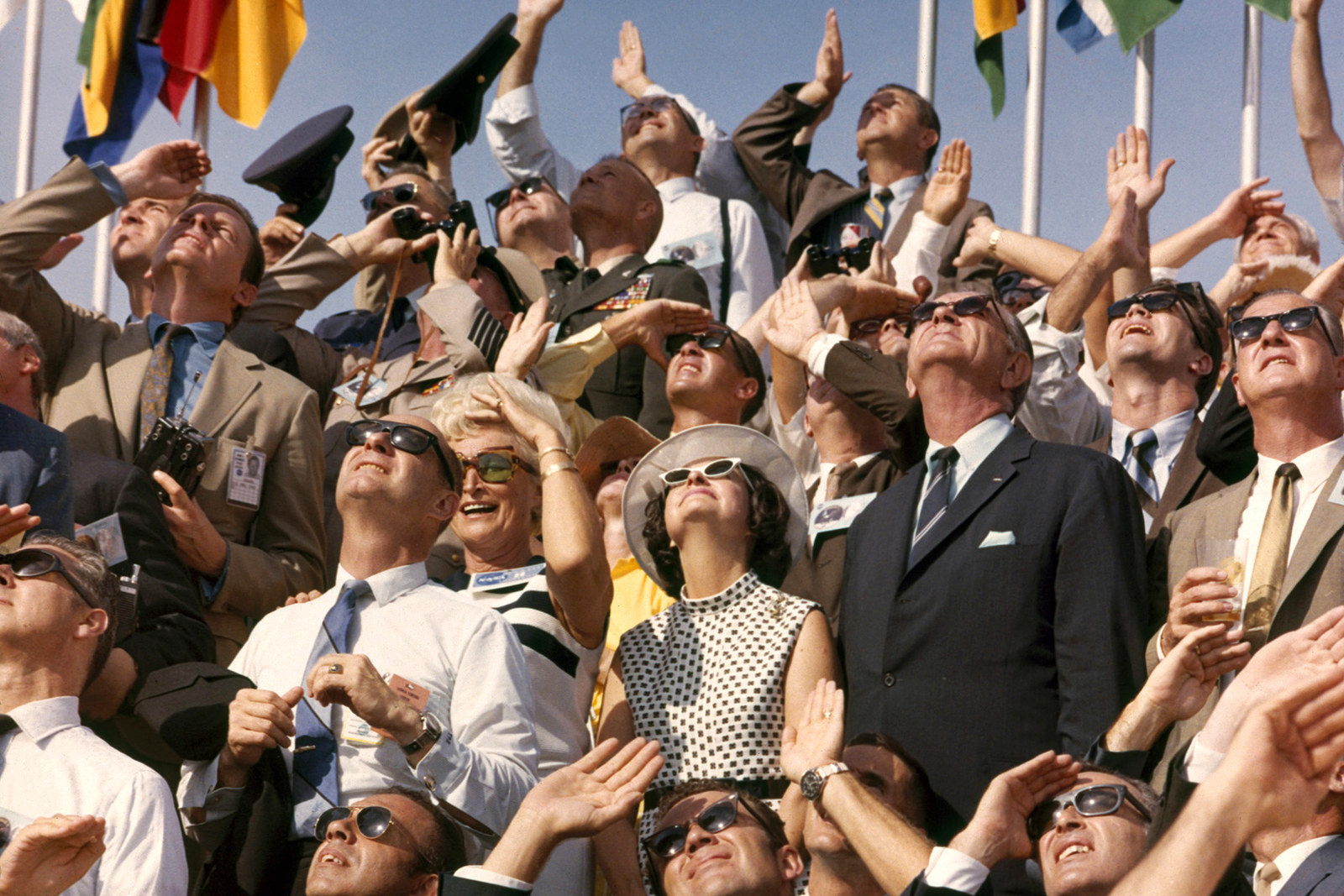 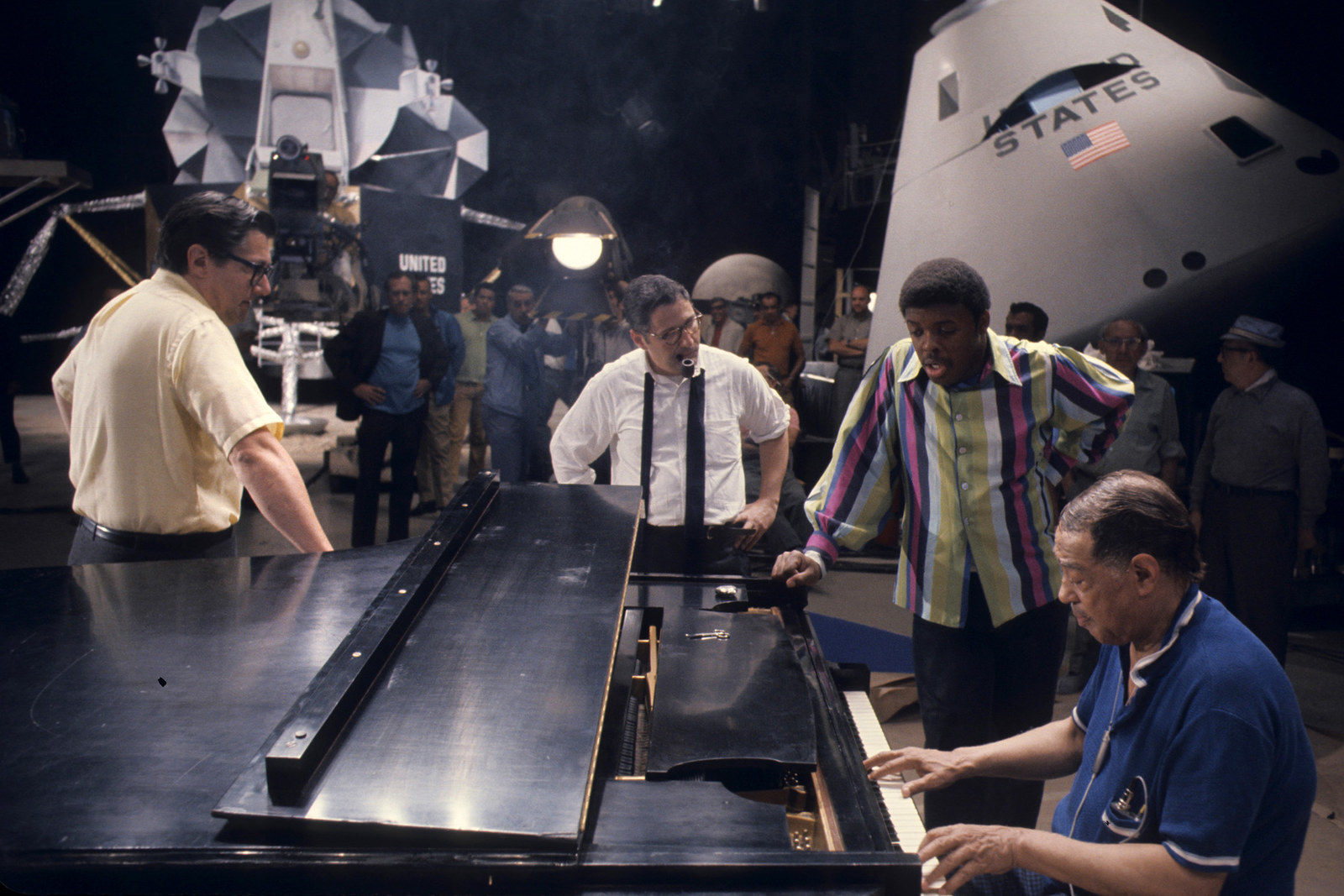 Walter Cronkite watching in silence as Apollo 11 touches down on the moon, July 20, 1969. 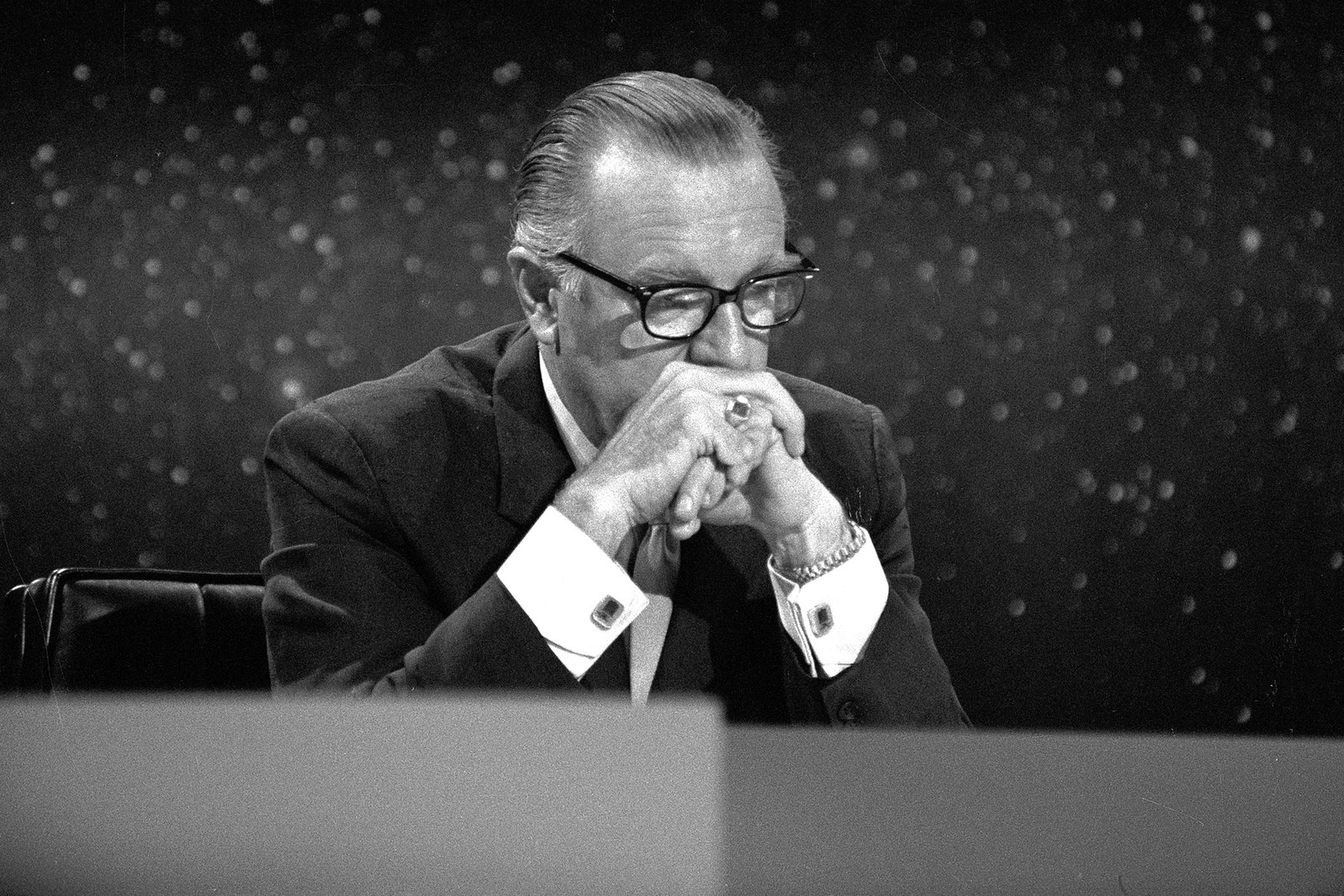 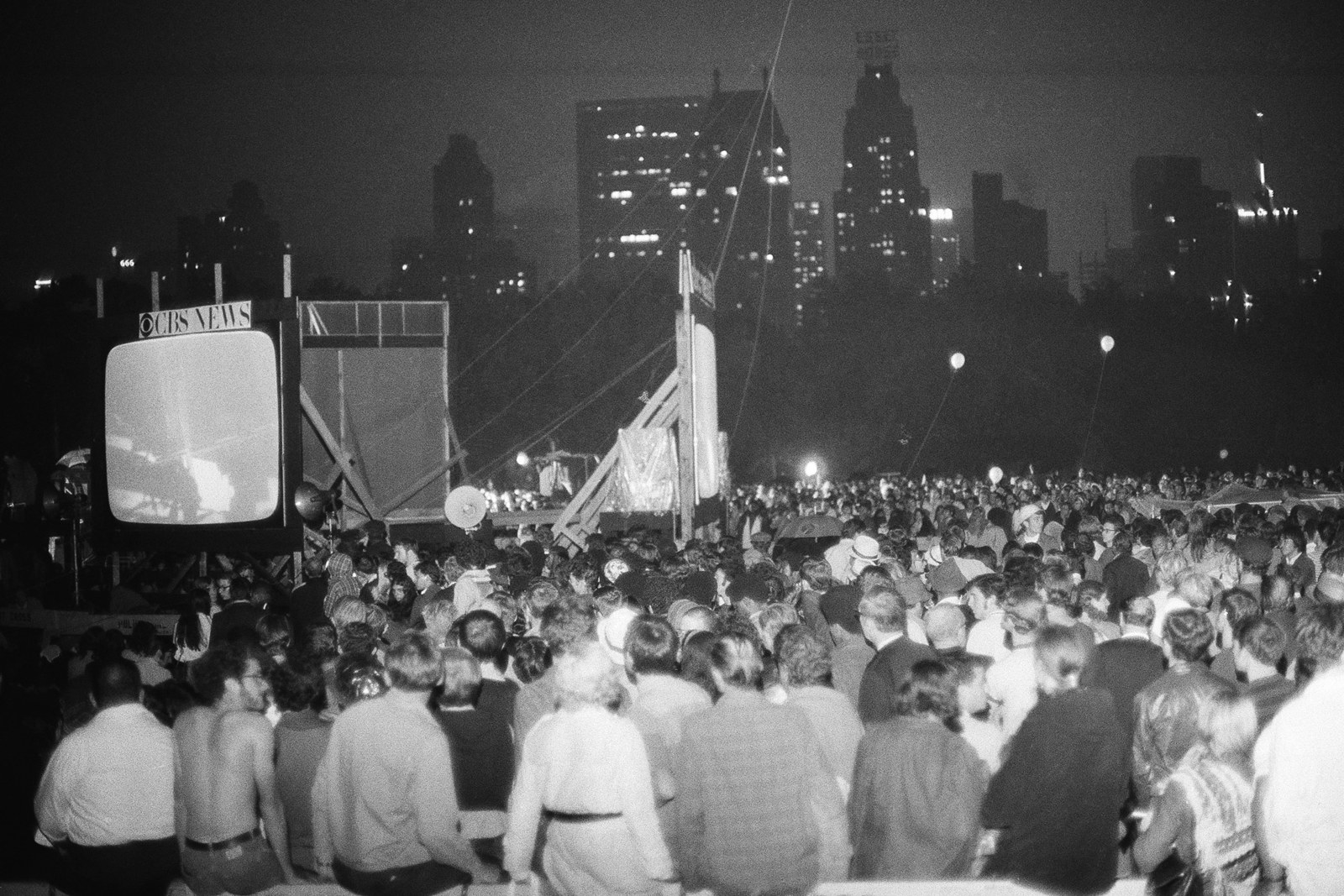 As well as Hong Kong… 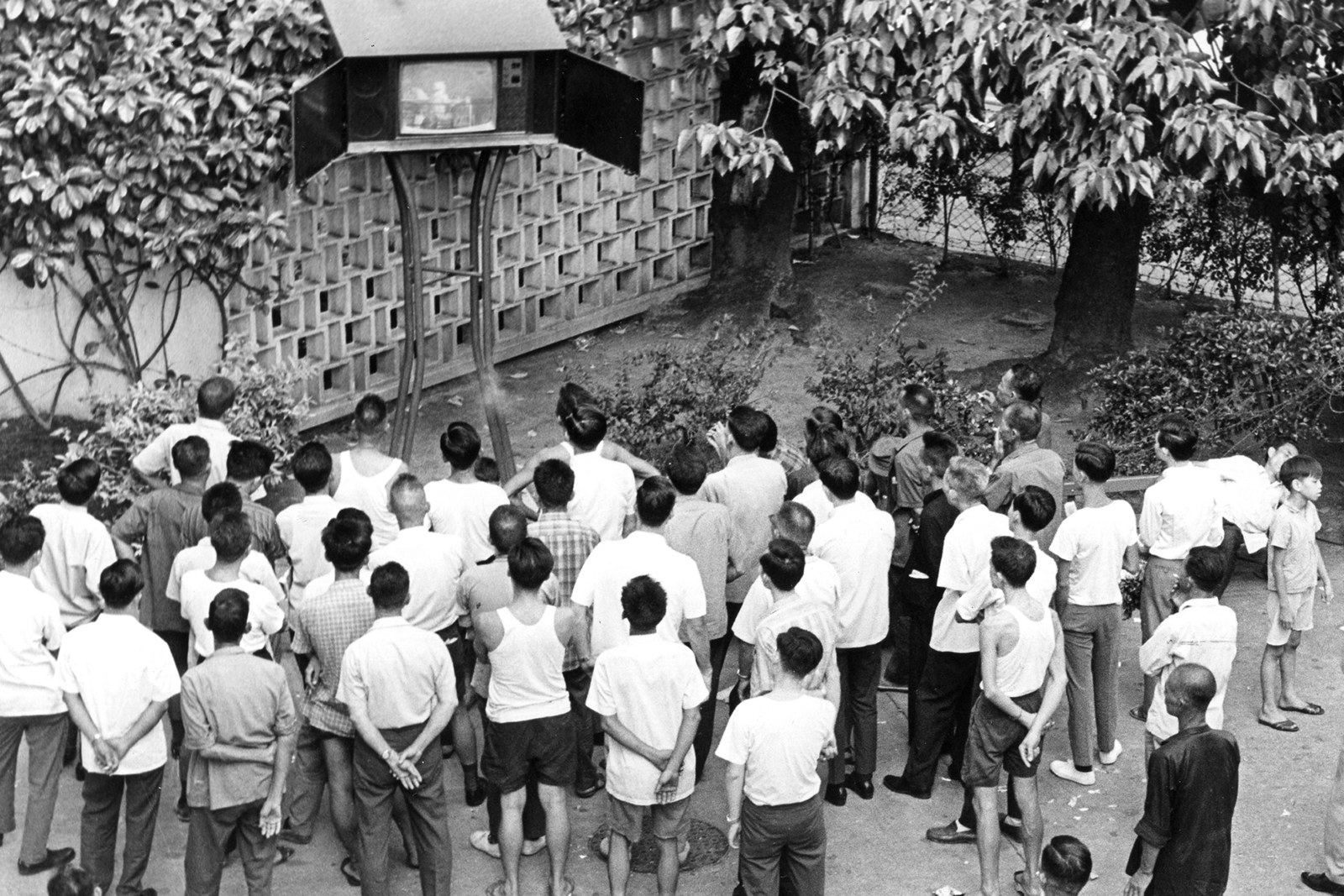 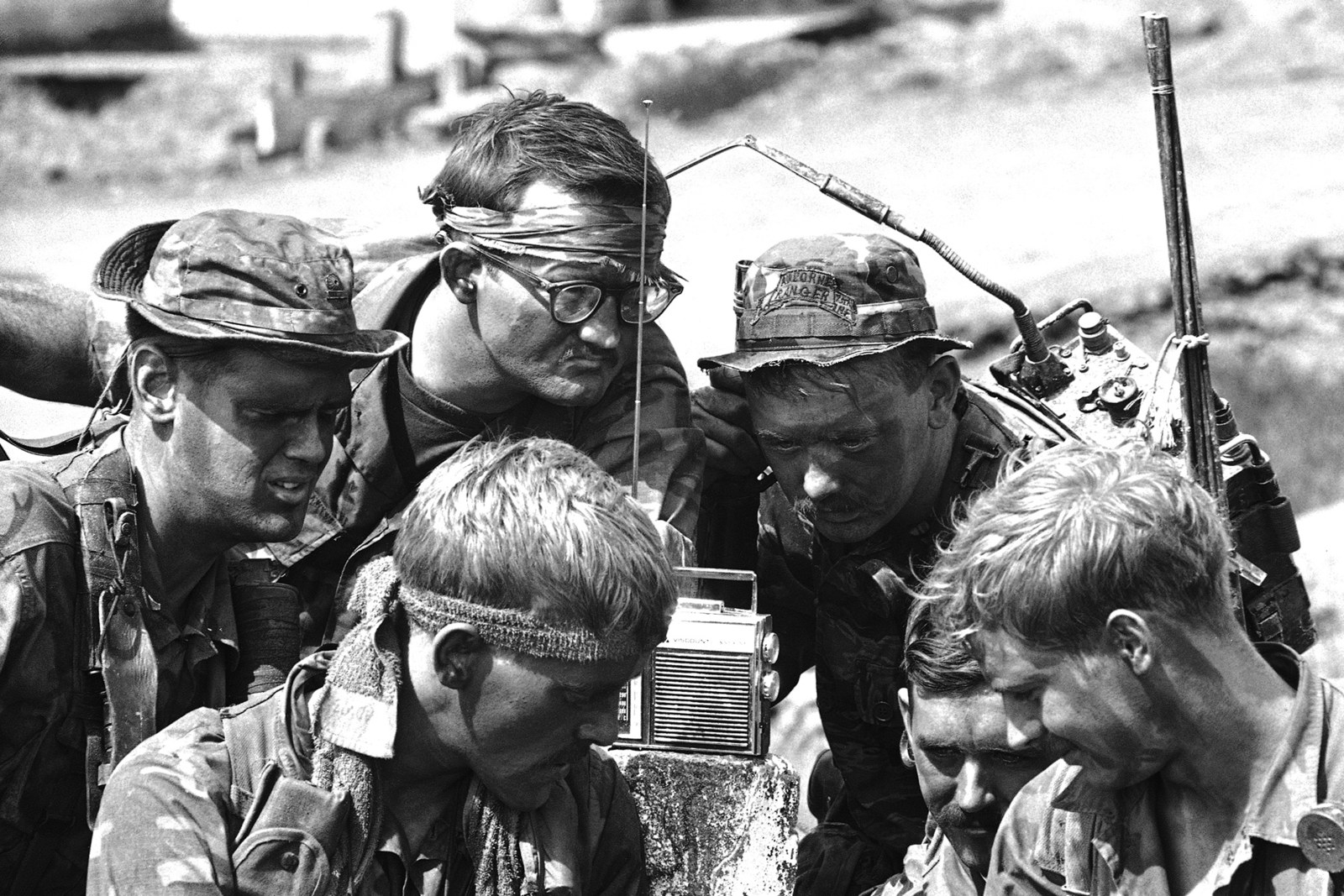 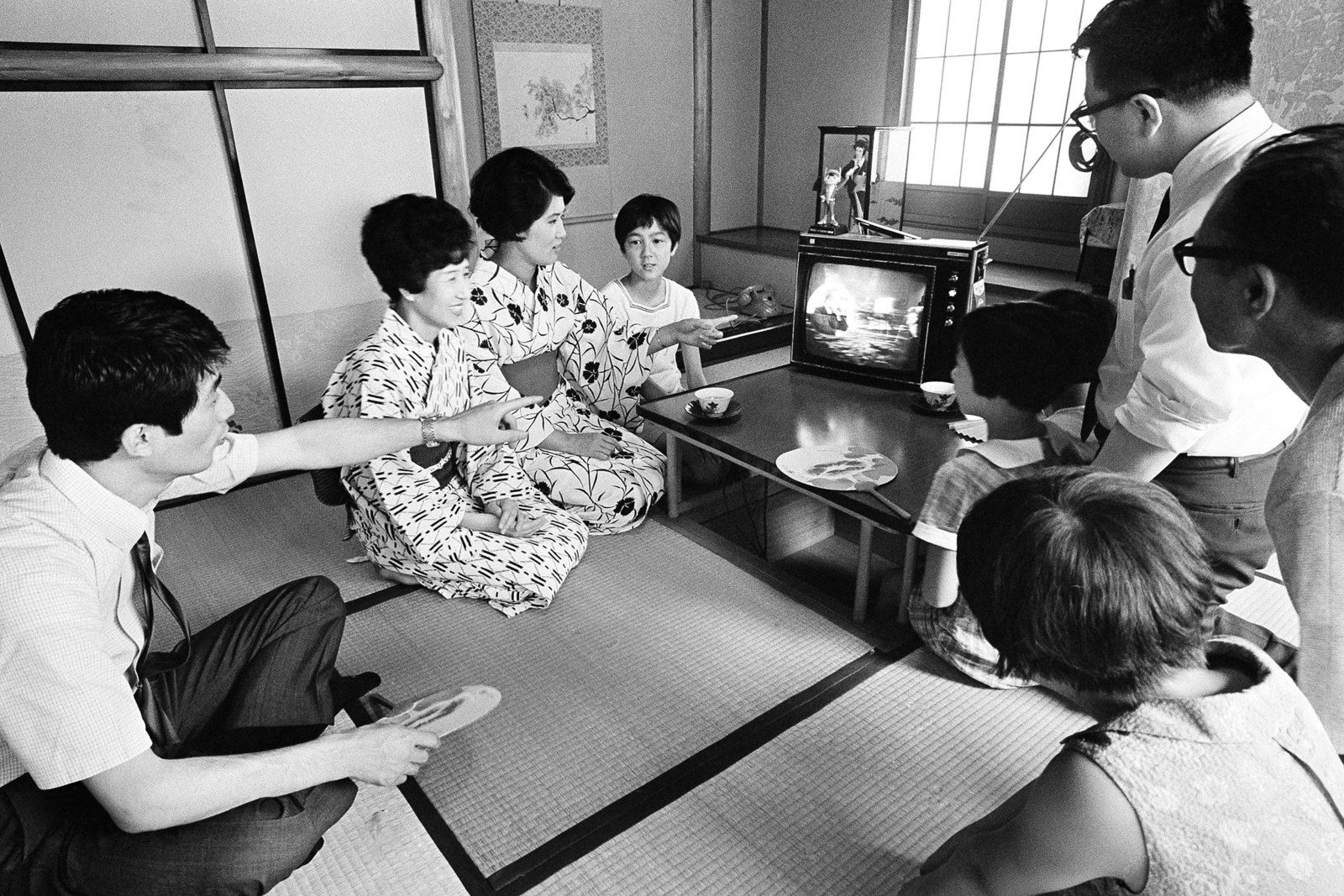 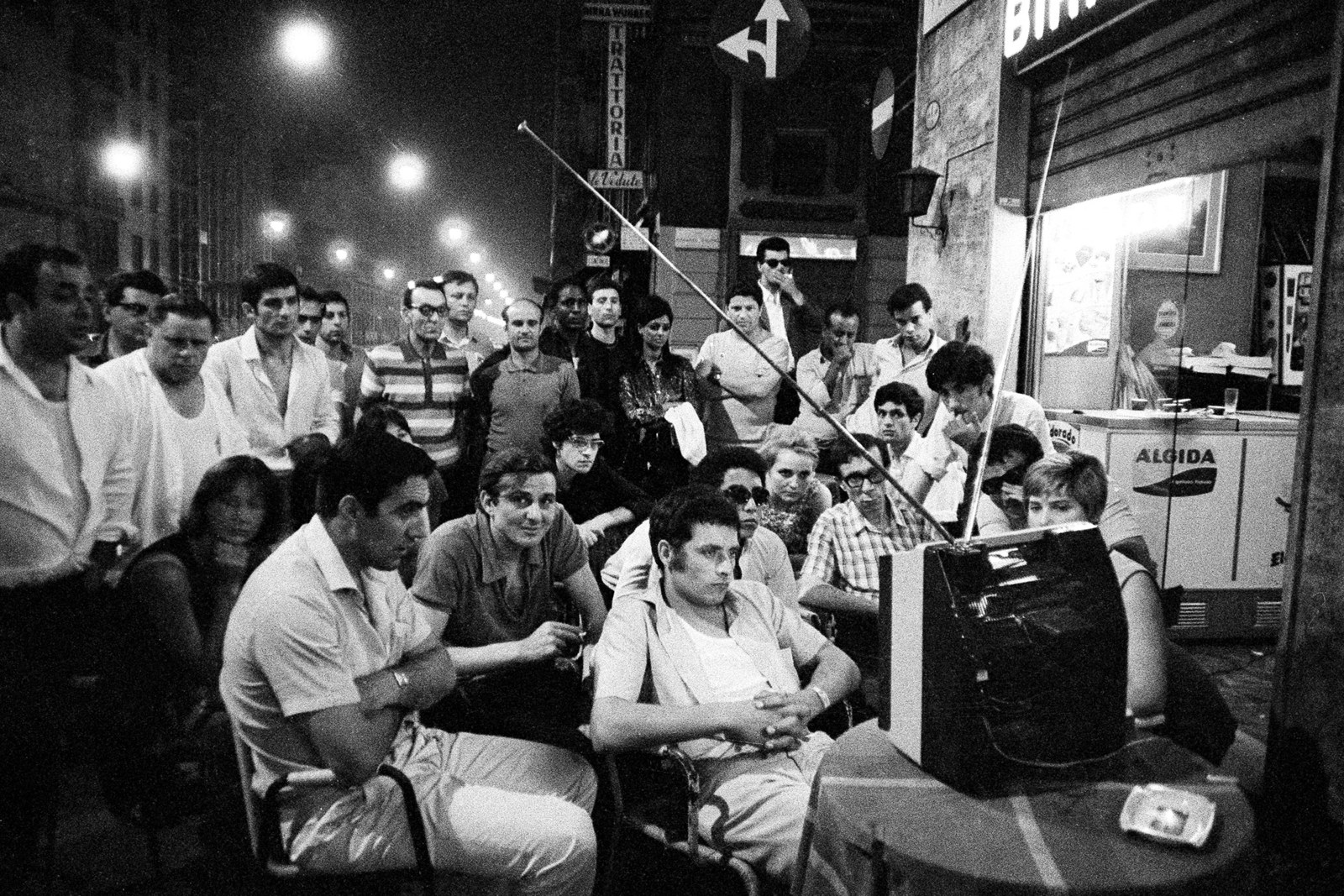 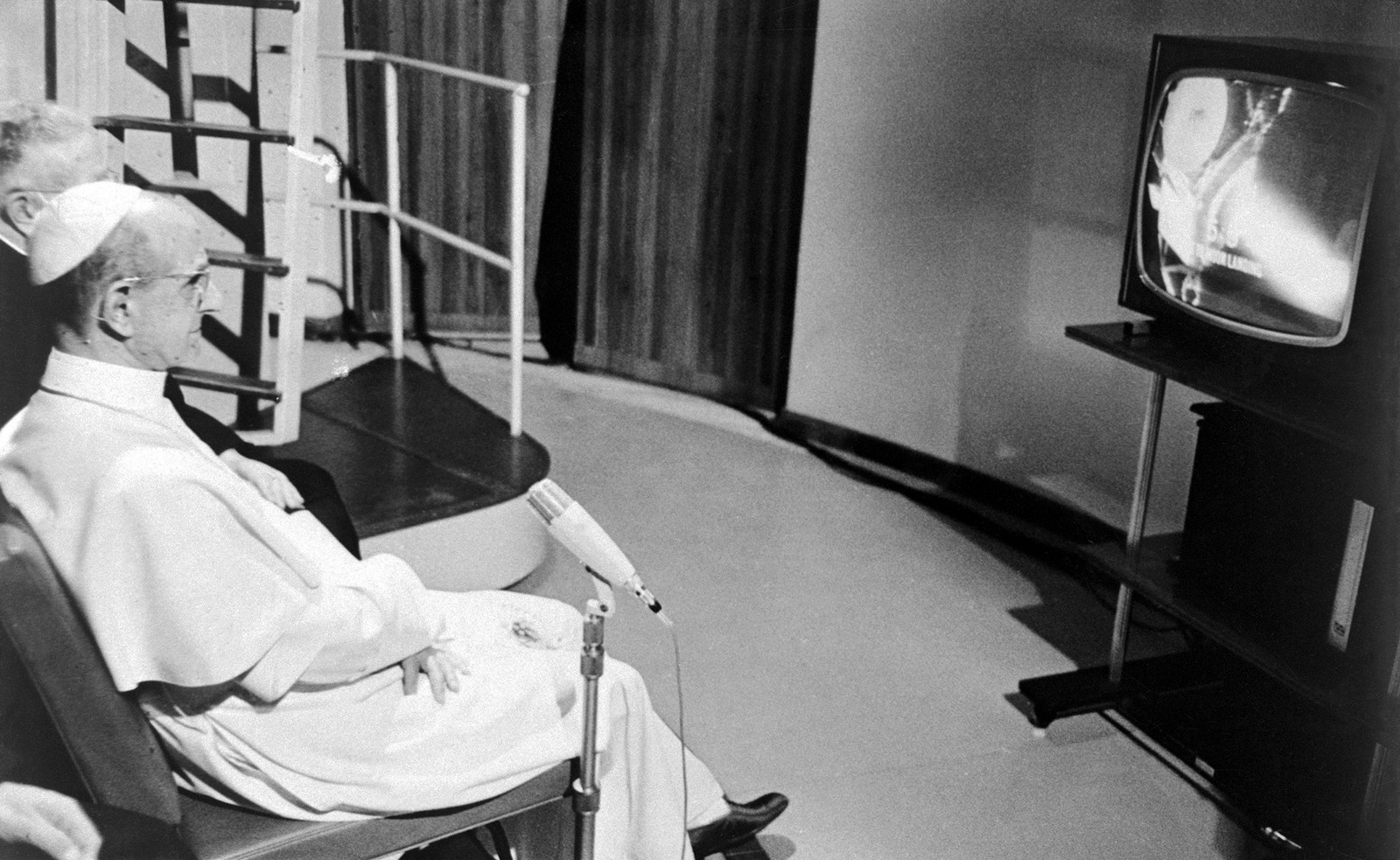 And in Houston, Joan Aldrin, the wife of astronaut Buzz Aldrin, is relieved and overjoyed to see her husband land on the moon. 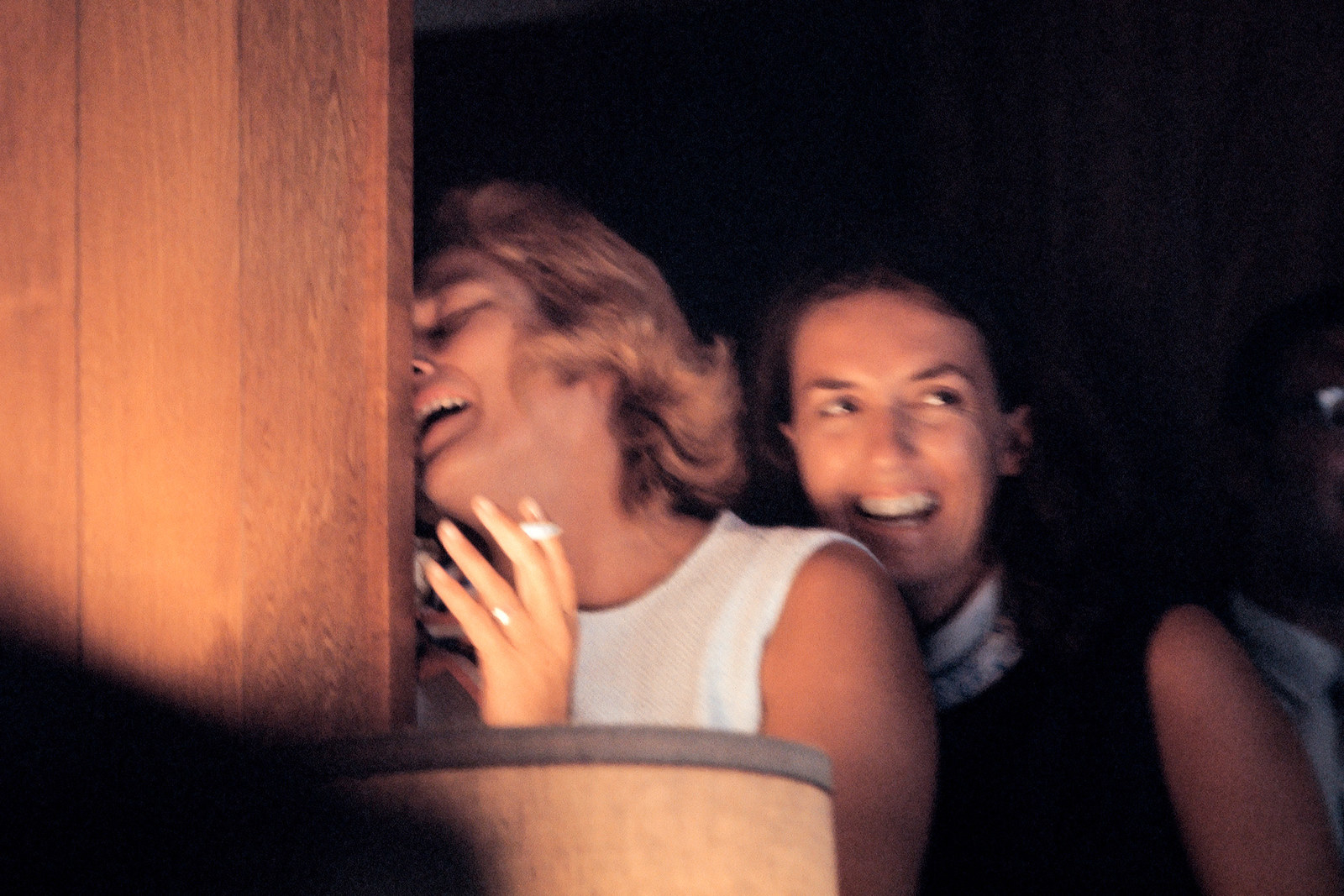 In space, Neil Armstrong smiles inside the Lunar Module. 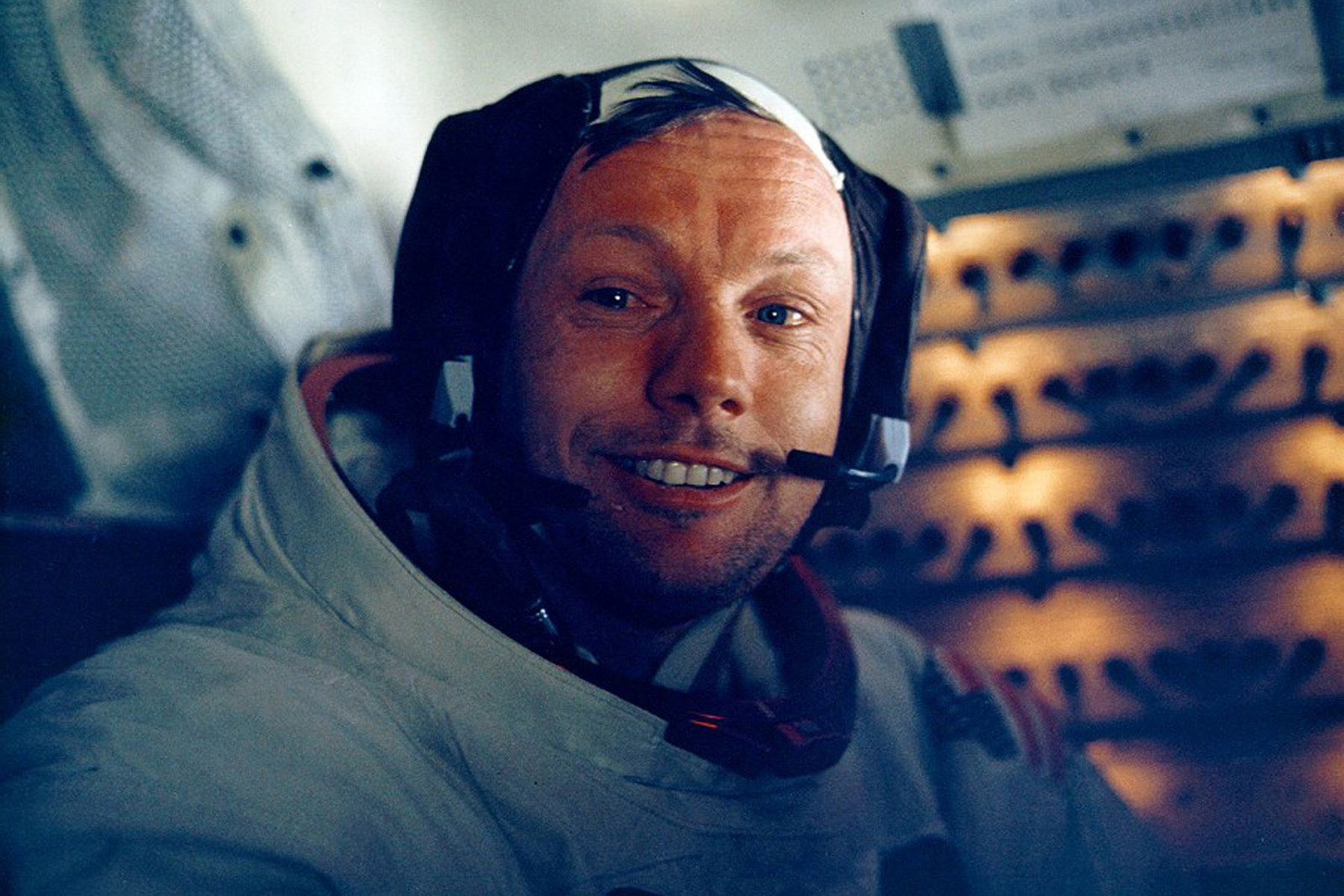 And outside the Lunar Module, the desolate emptiness of the moon’s surface glistens in the vacuum of space. 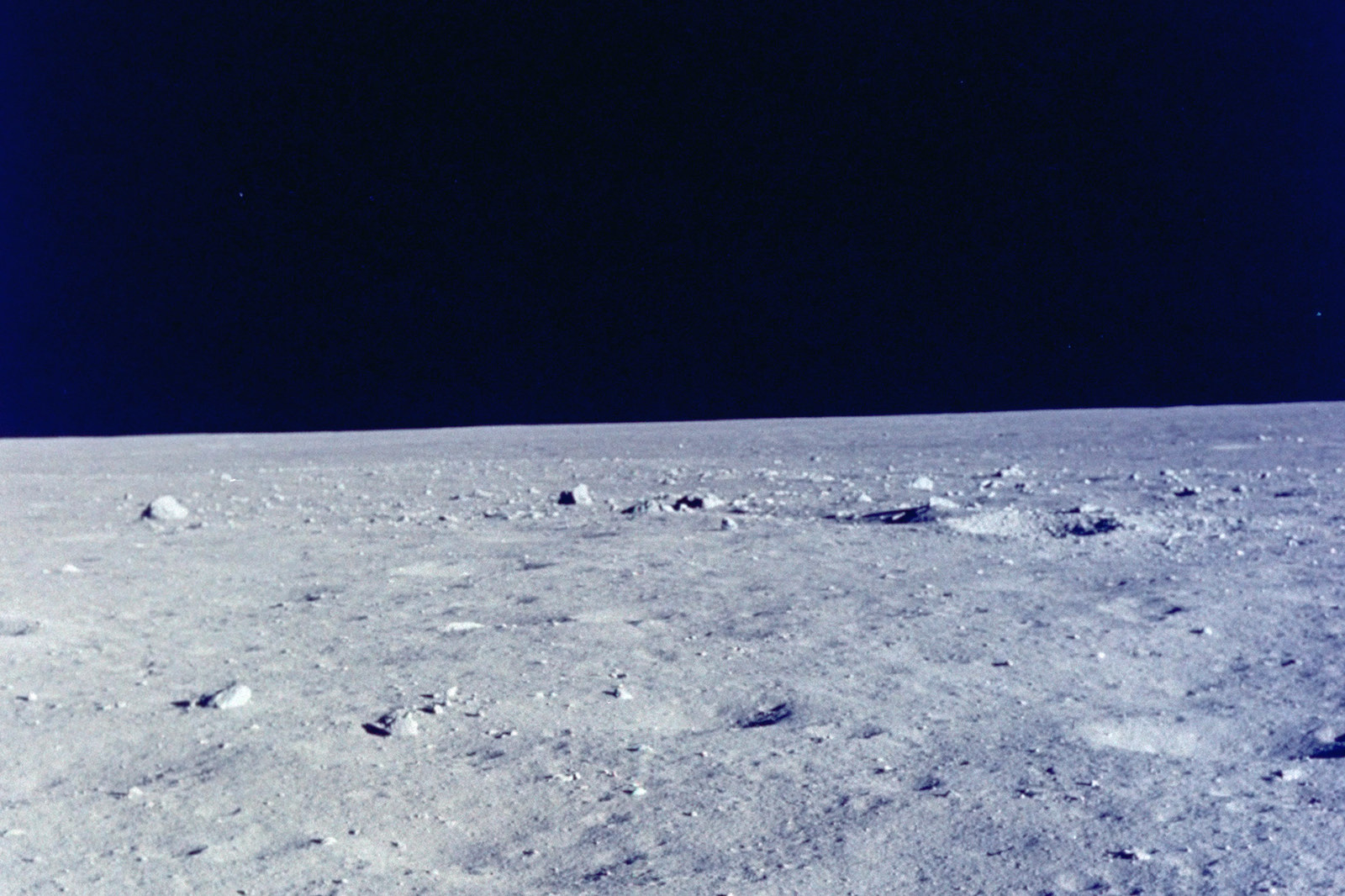 Here’s the plaque left on the moon by the Apollo 11 astronauts that reads: “We Came In Peace For All Mankind.” 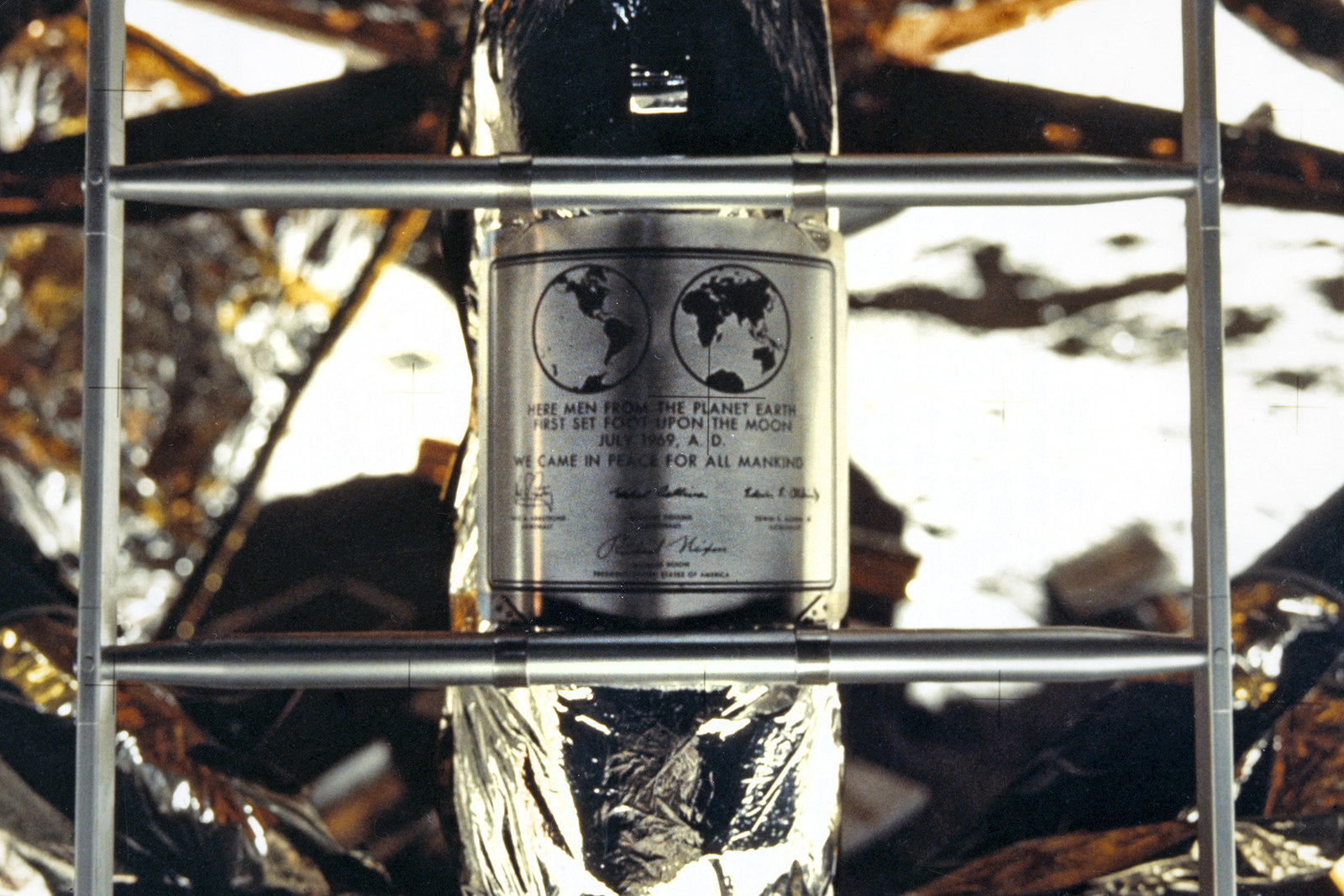 Joan Aldrin, center, applauds in excitement as her husband, astronaut Buzz Aldrin, splashes down after returning from the moon on July 24, 1969. 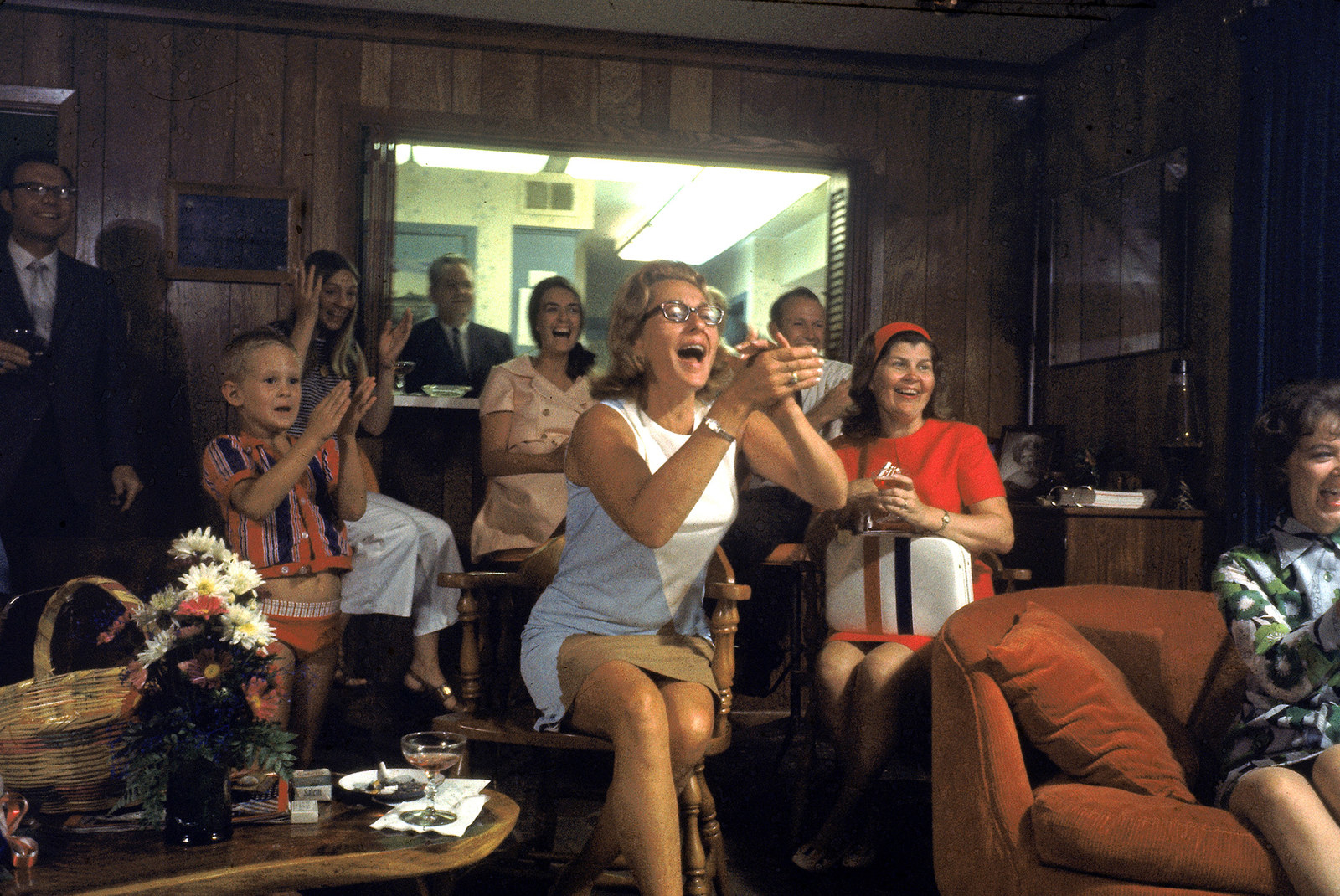 The Apollo 11 astronauts greet the media while still in quarantine aboard the USS Hornet. 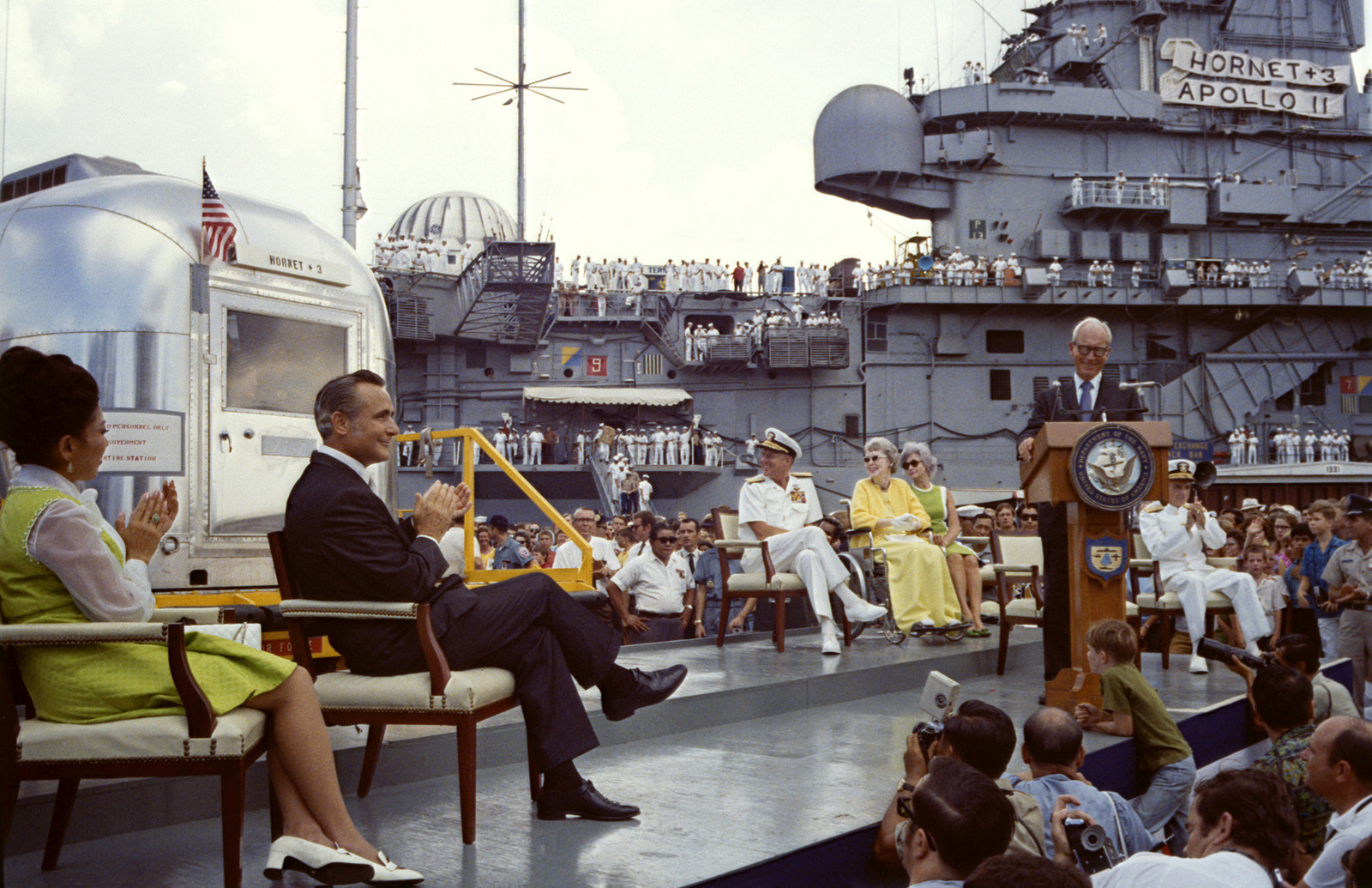 Here, government officials in Houston unload a payload of space debris gathered from the Apollo 11 mission. 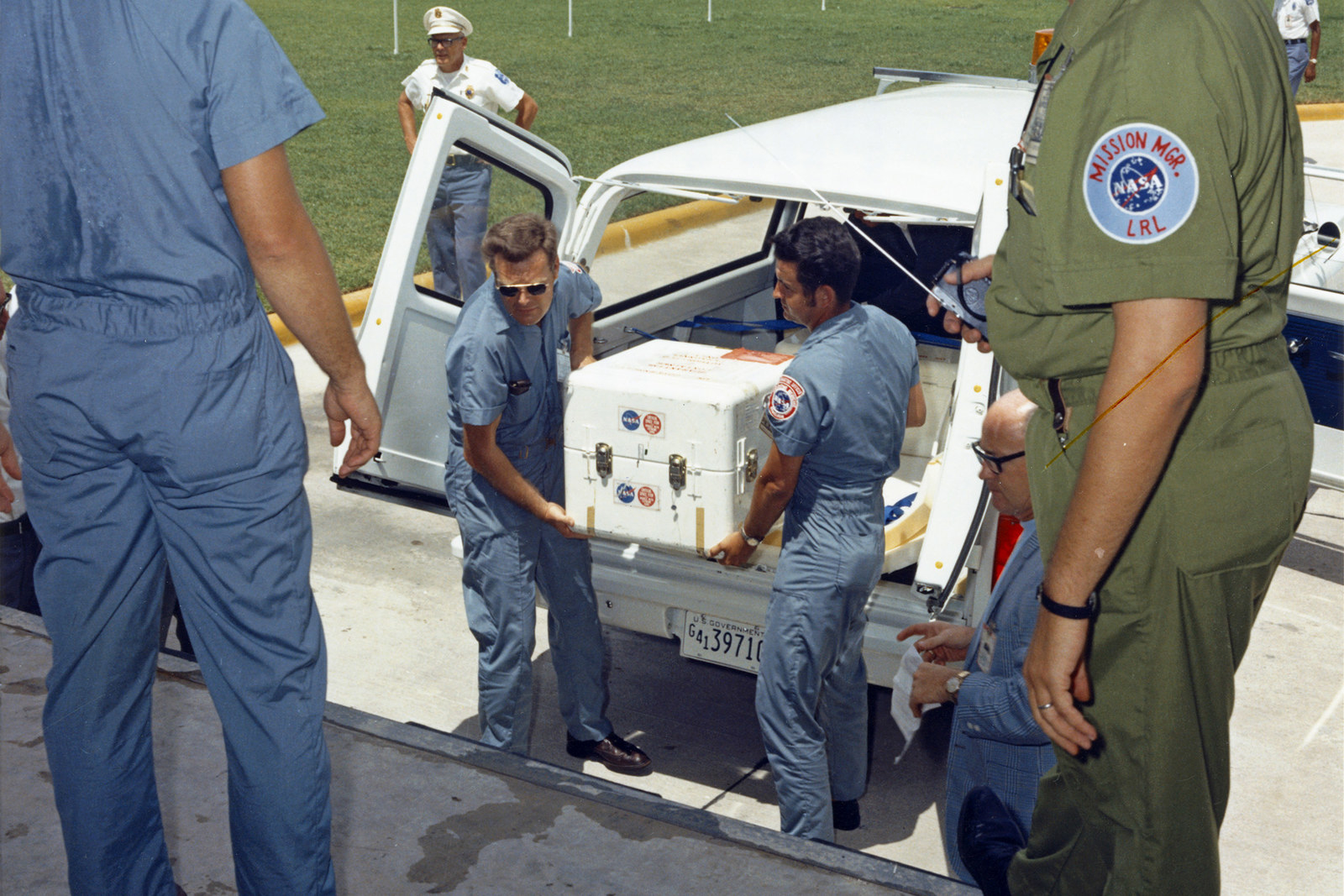 And lastly, here’s the incredible ticker-tape parade held in New York City for the Apollo 11 astronauts on Aug. 13, 1969. 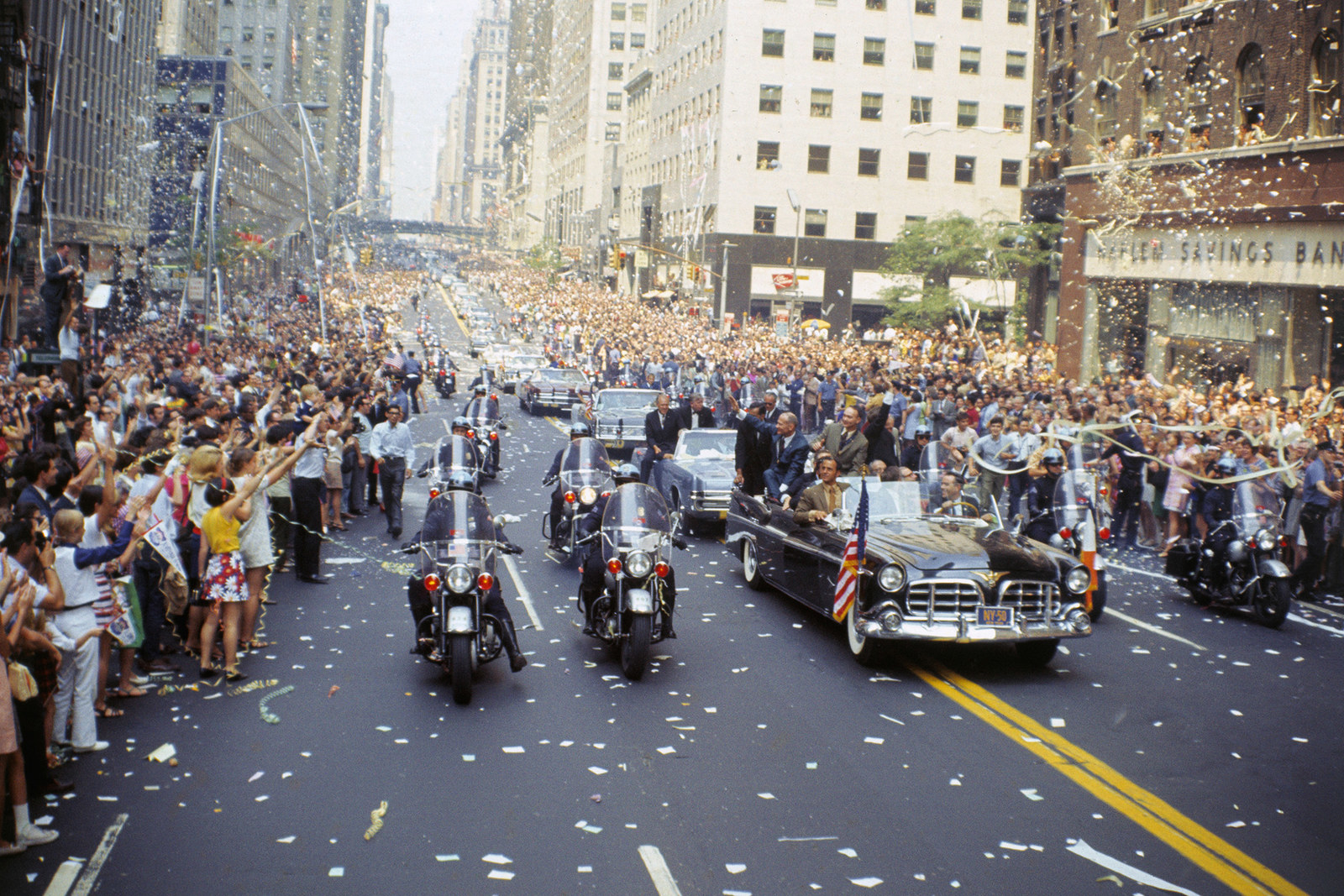