We recently asked the BuzzFeed Community to tell us about the moment they realized they were falling out of love with their significant other and the stories were absolutely heartbreaking. 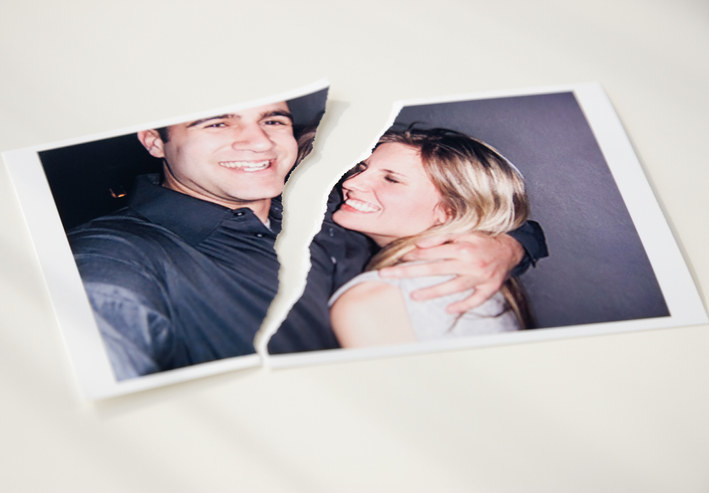 Grab the tissues because things are about to get real emotional: 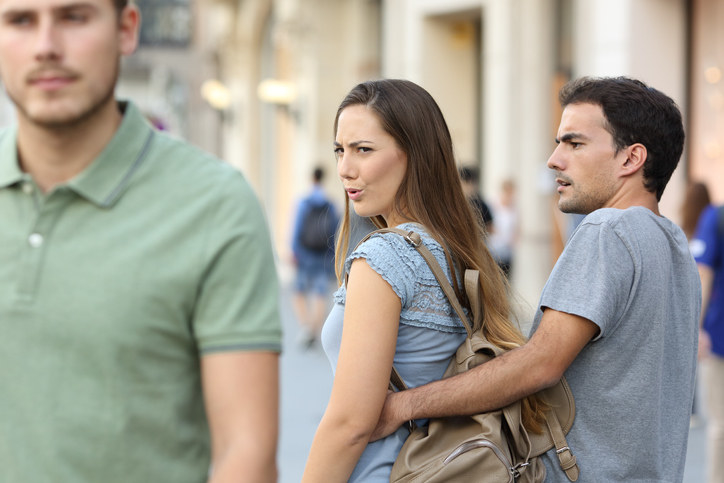 “After my sister’s burial service, he left me to go home and play video games. I was all by myself talking to all these people when I needed him the most, because it was the worst day of my life.”

“I noticed I was falling out of love when everything she did started to annoy me. It felt like I couldn’t stand her. I missed the honeymoon phase. I moved away that year and we didn’t talk for months. Eventually we just didn’t care anymore and broke up.”

“When my ex-husband kept threatening to walk out the door and not one piece of me wanted him to stay.”

“I would fall asleep next to him and just feel incredibly alone. Sharing a bed should be intimate and comforting, but it just made me feel depressed and isolated.”

“She kept telling me about her problems and I had to listen all the time and be compassionate. When I tried to tell her how I felt about being bullied at school, she told me I was overreacting, and that bullying was “no big deal.” I should have broken up with her sooner.” 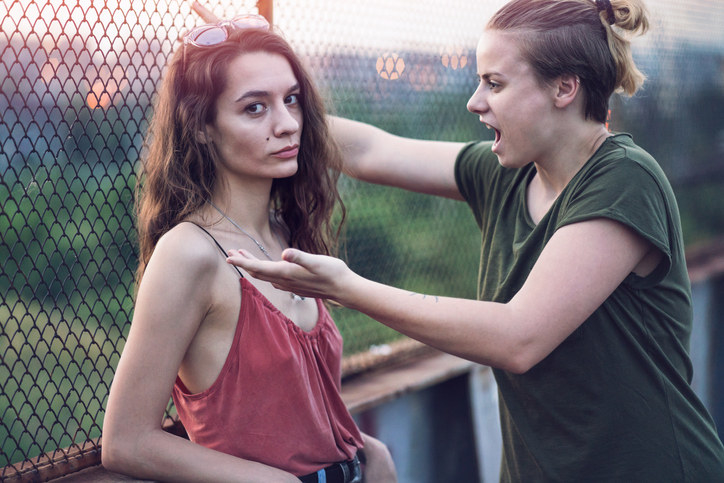 “My ex of six years was talking about future plans and I remember feeling my stomach drop. With that simple statement, I remember the feeling of depression hit me so quickly. I will never forget the feeling of sadness that took over me.”

“My ex-husband was emotionally abusive and I had caught him several times having inappropriate conversations online with both men and women, in which he referred to me as his roommate. Come to find out he had been doing it our entire 3-year relationship. That morning I woke up and was just done.”

“My ex-boyfriend and I met while working on a cruise ship and we kept a long-distance relationship for 9 months. Weeks before we were supposed to work on a new ship together he told me he had to go on a different ship. I was able to switch to his ship, but when I arrived he had already switched to another ship. At that moment, I just realized he didn’t want to fight for our relationship. I gave up and got drunk with my now-fiancé.”

“I kept finding things that were clearly evidence of cheating and lying, then convinced myself there was a way we’d work past it together. He blamed me for what he’d been doing, and any resolutions to it would be mine to work on alone. I asked him to leave before he even finished what he had to say, and haven’t looked back.”

“We just ended up growing in different directions, I realized I didn’t want the same things anymore. My values and interests changed, my maturity grew…but he stayed the same.” 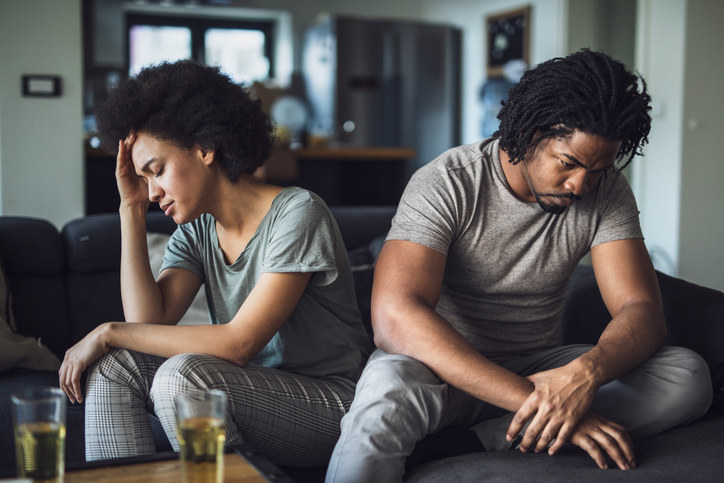 “Where do I start? He called my niece fat (she’s 5) and he basically told me he wouldn’t be with me unless I used my engineering degree. Ultimately, he just loved the idea of what I COULD be, not actually who I WANT to be.”

“After my friend died of suicide, my ex told me he did it for attention. Then I realized how shitty of a person he was.”

“When one of my dogs died out of the blue, it sent me into a huge depression that I’m still recovering from almost 2 years later. The first time I left the house I threw up and had to come right back home. Then I went to see my boyfriend and he kept kissing me seductively. Honestly, it disgusted me. It took so much for me to even talk to him. At that moment I thought, either this guy is completely unaware of my feelings and who I am or he’s just a selfish dick who has no empathy.”

“It was when he accused me of having alcohol problems in public. I felt sad because he was projecting onto me. He is an an alcoholic who has been through rehab for his problems. I realized the man I had once loved was buried in his own mire of self pitying filth, so I let him go.” 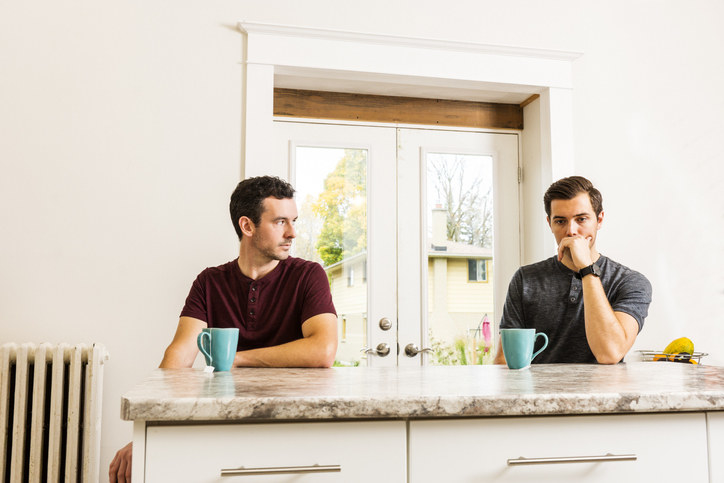 “It was a year into our relationship when he told me he gambled away his one month paycheck. I didn’t think anything of it at first, but it happened again five more times. I just got exhausted with the excuses and I realized that he was a gambling addict. The worse part, he didn’t want professional help.”

“I feel bad about it because he had high functioning autism, but the amount of time he’d spend on his phone or Nintendo when we were hanging out. It would be difficult to converse with him sometimes because he’d be so wrapped up in video games. The lowest point was when I was feeling down about something, he gave me a hug and I realized he was still playing his Nintendo while he had his arms around me.”

“When I realized that I was putting in 10 times the amount of effort that they were. But what really broke it was hearing them say they didn’t love me.”

“When we were shopping with his mum and sister, and the three of us were playfully mocking him. He just lost it; he screamed at me and then took his sharp thumbnail and ran it down my badly sunburnt arm, making it bleed.”

“When I started making excuses not to see him. I realized I was happier spending time by myself. Having him over started to feel like an obligation. I did love him, but I was no longer in love with him.” 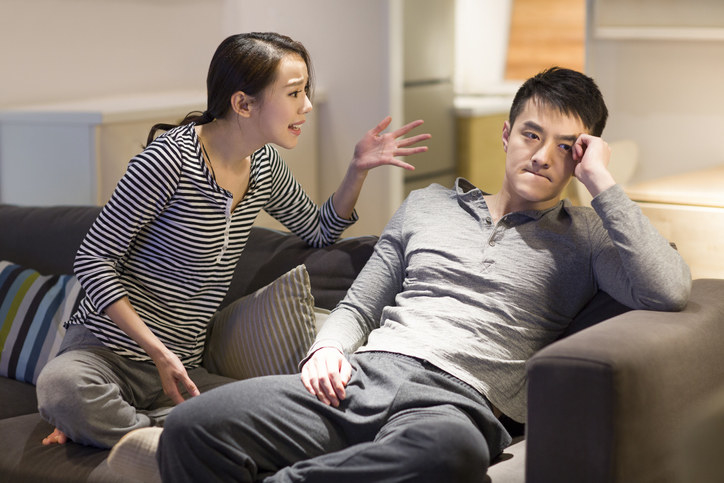 “His father was aggressively rude, and blatantly tried to make me uncomfortable. For example, he made multiple comments about my cup size, and asked how much my family was worth. It was clear that his family wasn’t interested in adding me to the next holiday photo. It became hard for me to see a future with him after that experience.”

“We had a pregnancy scare and I realized I truly did not want to be connected for life to my boyfriend. It took a while to end after that, but that was my first real inkling that I didn’t love him.”

“I realized I wasn’t in love when I would feel drained after spending time with her. I didn’t even want to admit it to myself, because I felt so ashamed. That was my first and only relationship, but at least it was a lesson as to what being with someone SHOULDN’T feel like.”

“I fell out of love with him after we finished our family and I saw him as a father. Three beautiful sons in four years, and he couldn’t be bothered to play with them or do things with us as a family. I could never get over the fact that he obviously did not love our children as they deserved to be loved.”

“When I realized that he didn’t really listen to me. He had some made-up idealized version of me built up in his head that he put up on a pedestal, and it just wasn’t who I truly was.” 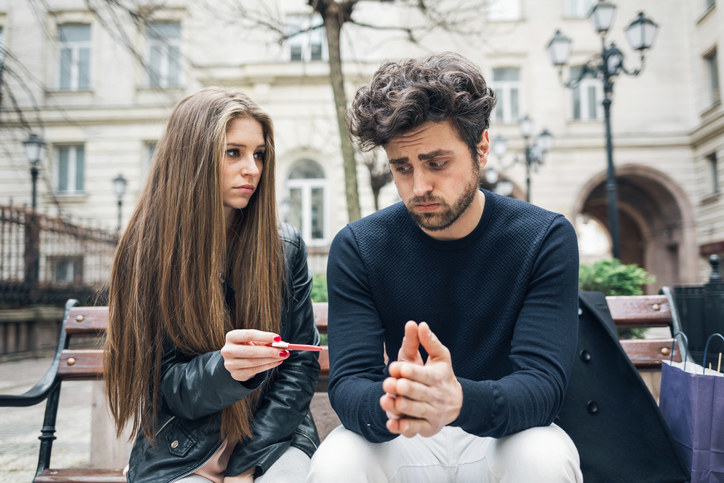 “We were together for two years, lived together, and had a cat together. We worked at the same restaurant and he ended up getting fired and had no motivation to find another job. He began stealing money from me, playing Fortnite all day, while I cleaned up the apartment and did his laundry.”

“I realized when I couldn’t go where I wanted or hang out with my friends without him that he was a toxic drain on my life. I felt like a prisoner.”

“I knew I didn’t love him anymore when I found out he’d cheated on me, and I didn’t even feel sad about it. I was relieved that I finally had an excuse to break up with him.”

“I got a pixie cut and he told me he wasn’t sexually attracted to me anymore. My feelings for him vanished that day. Been happily single for almost two years now.”

“Probably when she couldn’t remember my birthday one year into the relationship. She did not know anything about me, beyond my Netflix password and what I’m like in bed.” 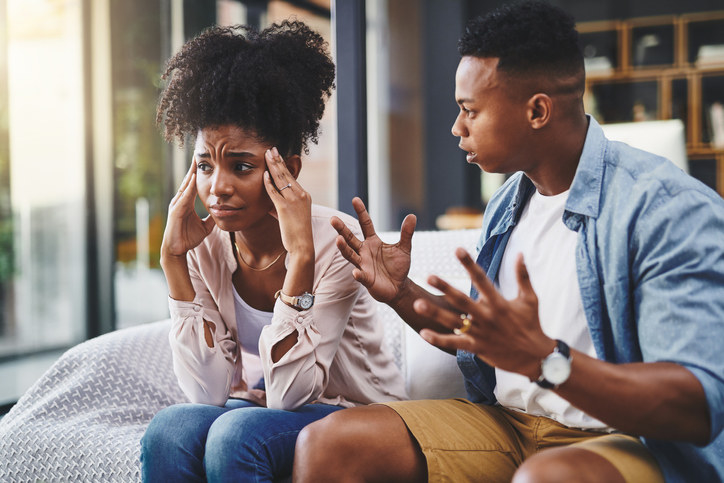 “When saying, “I love you,” felt like an obligation. There was no feeling behind it anymore.”

“He was talking about how hard his day was and when I tried to jump in he said, ‘Yeah, but you just draw pictures on the computer.’ I’m a graphic designer.” 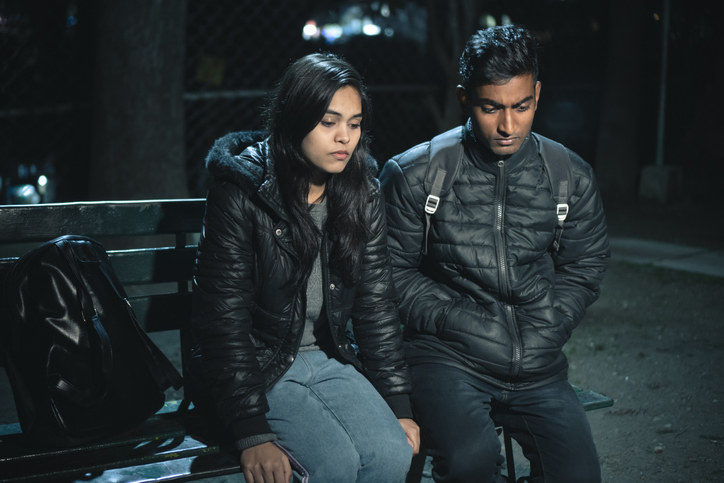 If you’ve experienced falling out of love with your significant other, we’d love to hear about it in the comments below.