It may be late August, but there is still plenty of time for summer — and September — reading. Here is a look at new and soon-to-be-released comics, some of which are ripe for film or television adaptations, as happens so often these days. Enjoy. 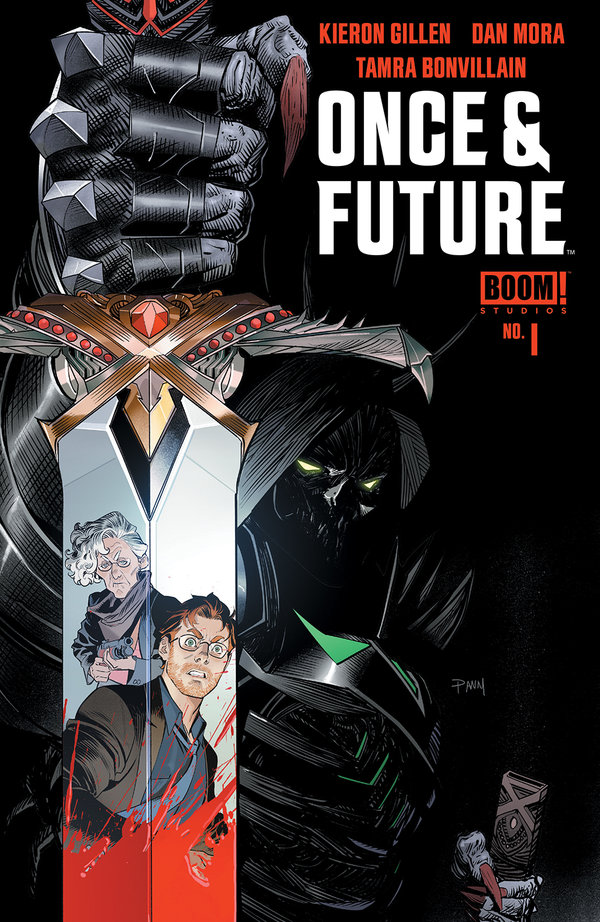 “Yes, dear,” Bridgette McGuire says. “Do change the channel if you really want … but broken fingers take so long to heal at our age.” Those are the first words uttered by the British Bridgette McGuire, who is listening intently to the TV in the common room of her nursing home. She leaps into action upon learning that a stolen artifact is tied to a nationalist plot to resurrect someone who may not have good intentions for England. Can Bridgette, who thought her monster-hunting days were over, and Duncan, her hapless grandson, keep “Britain’s darkest hour” from happening?

Written by Kieron Gillen and drawn by Dan Mora. On sale now.

The Earth is going through major ecological changes and fights back by somehow giving people special abilities. One of them is Cecelia Cobbina, a physician serving with Doctors Without Borders when her ability, a hyper-intelligence, activates. Her friends think they are now living in a superhero story, but she sees it as a medical mystery. Cecelia is a confident and engaging character that you immediately want to see succeed.

Written by Devin Grayson and drawn by Alitha E. Martinez. On sale now.

This new series about American military forces in battle against the forces of Cobra, a nefarious organization pining for world domination, changes up the usual dynamic of G.I. Joe adventures. Here, Cobra is in the position of strength and controls large parts of the world. But the tyranny sparks a resistance and the comic focuses on civilians who join the fight, some for very personal reasons. One new character reveals: “My parents were in Indianapolis during the massacre. My boyfriend disappeared two weeks into the occupation.”

Lyla Wilton is a disgraced reporter who reveals she destroyed her career “in one fatal instant.” So she’s feeling desperate when she accepts a freelance assignment that takes her to an island in the Baltic Sea that is controlled by children and where adults die by the time they turn 40. The comic has parallels with the “It’s a Good Life” episode of “The Twilight Zone” — in which a creepy boy exiles those who crossed him to a cornfield — so the motivation of the children’s recruiting Lyla to tell their story arouses suspicion.

Lara Dominguez is a police reporter at a struggling newspaper who is obsessed with getting an exclusive story on the Black Ghost, a vigilante the city is reluctant to acknowledge. Lara is assisted by Lone, an online stranger and great source of information. When Lone tells her about a drug shipment coming to the docks, Lara’s investigation takes an unexpected turn.

The first third of this comic lures readers into a family drama involving two estranged brothers, Charles and Chase, whose father has a mental illness. But by page 13, there is a bog monster and two killings. Chase finds himself raising his niece and nephew and moving them to a new home, which is haunted — and the nearby lake is, too. There is a great balance between realistic dialogue and unspeakable horror and a cliffhanger that practically demands the reading of the next issue.

Despite being a thief who steals from banks as well as criminals, Martin Dobbs, also known as Dead Eyes, is a sympathetic character. He comes out of hiding after the illicit nest egg he saved for himself and his wife, who is in precarious health, is depleted. Dead Eyes’ caper leads to some good and bad: He frees some captive women, but their description of being rescued by a man in a spooky, gray-black mask and red x’s for eyes draws the attention of a mobster he robbed.

It is 2105 and the Earth has 10 years left of habitability. Onboard a colony spaceship, a crew member goes rogue and kills the others. The children are spared thanks to VALERIE, the artificial intelligence unit running the ship. TKO Studios, the comic’s publisher, allows for all parts of its series to be bought digitally or ordered as single issues or collected editions on the day of release, so binge away, if you like.

George Gustines is a senior editor. He began writing about the comic book industry in 2002. @georgegustines • Facebook