Even today, when most household items are readily available, certain products cannot be rushed — and a subset of old-school artisans continue to take their stubborn time. Consider, for example, the 32-year-old woodworker Sophie Sellu. As the founder and lone employee of the London brand Grain and Knot, she spends six to eight consecutive weeks cutting, carving and sanding a series of brushes, vases, spatulas, cutting boards and other pieces until she’s amassed at least 50. Then she photographs them herself, posts them online and announces their availability — at which point they sell out within an hour. (The next drop will be on April 14.) “Because people can’t have Grain and Knot all the time,” she says, “it makes them want it even more.” Once the orders are in, she wraps the parcels, lugs them to the post office and begins the process anew, cycling through another period of tension and release. 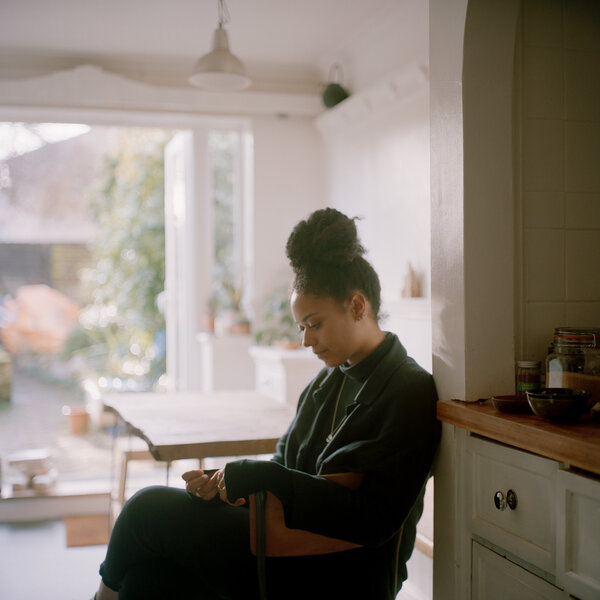 Using storm-fallen sycamore, maple and birch timbers — along with reclaimed walnut and mahogany — Sellu focuses on tactile objects that, she says, “would happily sit on a shelf, but can also be used.” She spent a year perfecting her wooden spoon, which after finding pride of place in a 2015 Nigella Lawson cookbook became a hit on Instagram. A former trend forecaster who longed to work with her hands, Sellu realized that even beginner cooks would spend money on handsome crockery and fine ingredients, so why not elevated utensils, too? “Especially with everyone being stuck in their home,” she says, an heirloom-quality spoon “can really increase your joy of something as menial as stirring soup.”

Beginning lockdown in Kent with her boyfriend and his mother, Sellu whipped up “homemade ice cream and 10-step cocktails, just because we could.” The recipe below falls more on the savory side, and nods to her family’s history. Though Sellu’s lived in England since the age of 6, she was born in Oman; today, she remains so nostalgic for Middle Eastern flavors that she’s been known to dig a pit in her mother-in-law’s garden to roast lamb the old-fashioned way. Her aromatic tagine, a sweet-and-savory stew (named after the traditional earthenware pot) with dates instead of the usual apricots, requires no such effort — all you need are a handful of ingredients and an appetite for delayed gratification. “Anything slow cooked is always a winner,” she says. “You spend all afternoon on it for that 20-minute reward at the end.”

1. Preheat oven to 325 degrees. Brown lamb on the stovetop in an Dutch oven (or large, ovenproof pan with a lid) over medium-high heat, then set aside in a bowl.

2. Using the same Dutch oven, fry the onions, carrots and squash for a few minutes. Add the minced garlic and cook for another minute. Stir in the ras el hanout, harissa paste and tomatoes. Add back the lamb and stir well. Add dates. Stir in pomegranate molasses, add stock and bring to a simmer.

3. Cover the Dutch oven and place in the oven for 1 hour, stirring occasionally. Remove lid and continue cooking for another hour or so. It’s ready when the lamb falls apart easily and the sauce is thick. Allow to rest for 15 minutes before serving.