Start spreading the news! The Morning Show’s season 2 trailer was revealed at long last, giving fans a peek into what’s to come for Alex Levy and Bradley Jackson before the show’s September 17 premiere.

Season 1 of The Morning Show ended on a dramatic cliffhanger when anchors Alex (Jennifer Aniston) and Bradley (Reese Witherspoon) ditched their cue-cards to reveal all the shady behind-the-scenes happenings at The Morning Show. 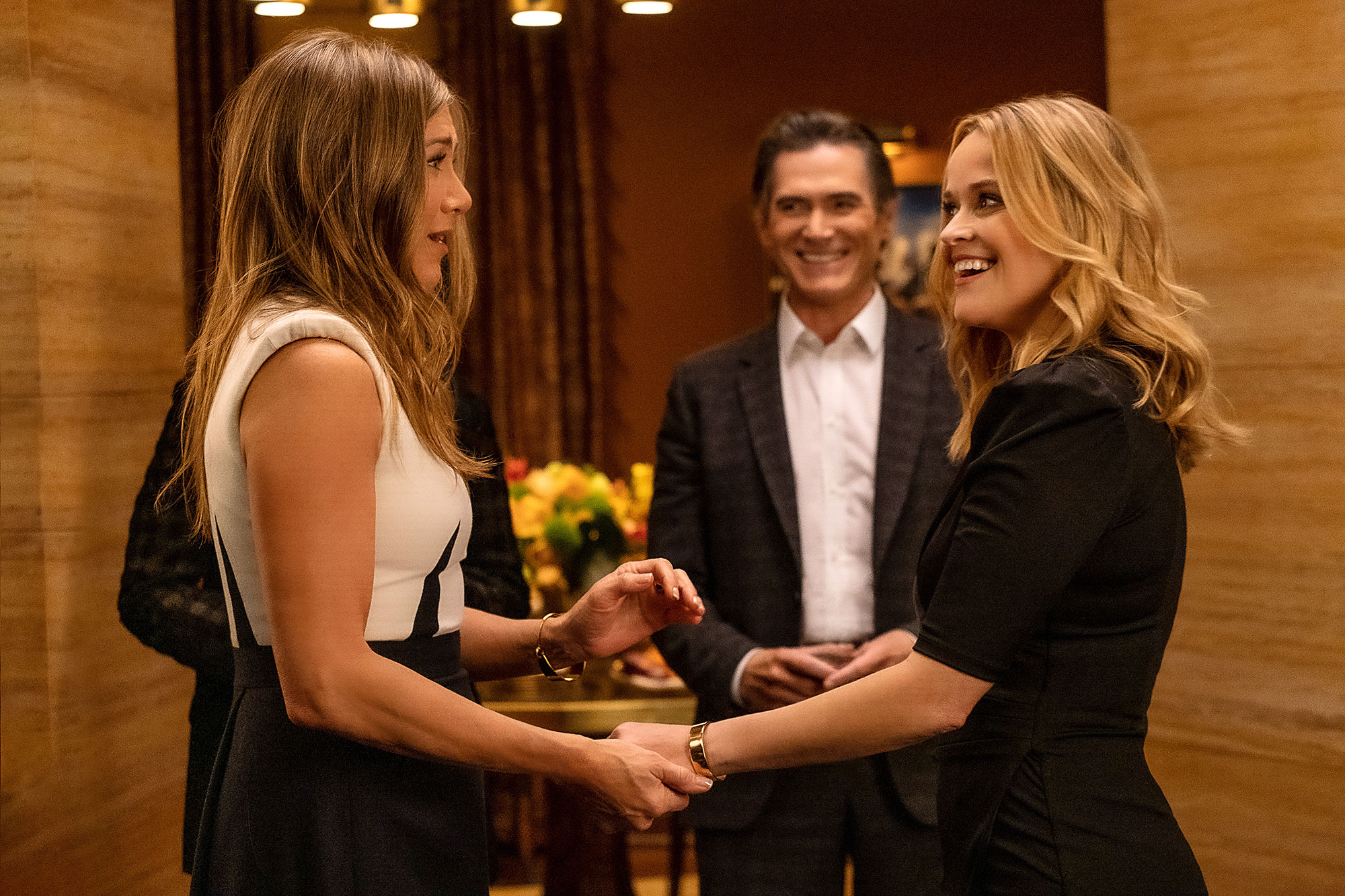 While fans were (literally) left in the dark about what happened when the women went rogue, the season 2 trailer attempted to answer some questions. According to the preview, Bradley and Alex’s decision led to a new environment at UBA — the network that airs their show. It also led to Alex leaving the show and, dramatically, sitting down for a highly publicized tell-all interview with Laura Peterson, played by Julianna Margulies.

Bradley, on the other hand, stuck around the office.

“Everything changed in a minute. The whole world changed. I thought we were a team,” she angrily says to her former coworker in the clip.

Ultimately, Alex does not seem to share her warm feelings.

“Honestly, Bradley, a friendship with you seems like a bountiful journey,” she says sarcastically.

The trailer also focuses on Billy Crudup’s character, Cory Ellison. During season 1, Cory assisted the women in their takedown of the show. However, there appears to be more he wants to do at UVB.

“Let me make this simple. We have to get Alex back,” he says in the clip. While the former anchor seems to deny his request, who’s to say what will pan out when the series returns in September?

The Friends alum, 52, revealed in August 2020 that her time on the Apple TV+ drama has provided a necessary release.

“That show was 20 years of therapy wrapped into 10 episodes,” she told the Los Angeles Times. “There were times when I would read a scene and feel like a whole manhole cover was taken off my back.”

As someone who’s spent much of her life in the spotlight, Aniston was able to connect on a personal level with her character.

“[It was] interesting for me to look at how I always have tried to normalize being fine and ‘everything’s great, you know, this is all normal,’ and then there are moments when you have your private breakdown,” she told the publication in reference to one of her character’s most powerful season 1 scenes. “There have been moments — not to that level of hysteria — but moments of ‘I don’t want to f—ing go here,’ ‘I don’t want to walk out onto the carpet,’ ‘I don’t want to be seen,’ ‘I don’t want to be looked at and everyone’s going to be talking about me and judging me’ … that’s real.”