In the previous episode of “Allen v. Farrow,” the HBO documentary series that examines Dylan Farrow’s accusation of sexual abuse against her father, Woody Allen, the filmmakers introduced viewers to key video footage of a 7-year-old Dylan explaining events to her mother.

Although the footage, shot by Mia Farrow, had not been released publicly before this series, its existence has been the subject of controversy. Allies of Mr. Allen saw it as proof that Mia, Dylan’s mother, had coached Dylan. Others saw it as clear evidence that the accusations were true.

Episode 3 revisits this footage and delves into the investigations, court proceedings and familial turmoil that followed.

Mr. Allen has long denied the accusations of sexual abuse, and, after the first episode aired, a spokesperson for him said that the docuseries was “riddled with falsehoods.”

This episode is built largely off police and court documents, much of which had never been made public, including a trove of more than 60 boxes of documentation that was in a lawyer’s storage room. 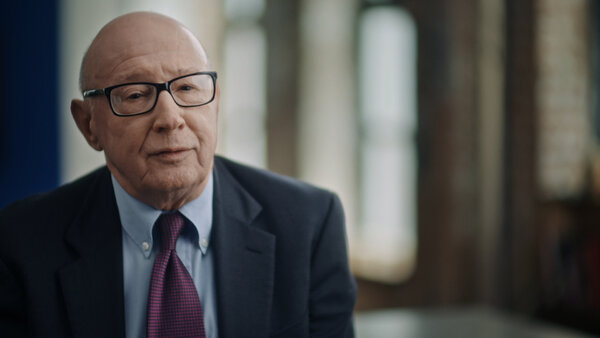 It was Dylan Farrow’s pediatrician who first reported her allegations to the authorities, leading to investigations by the Connecticut State Police and the New York City Child Welfare Administration. (Dylan Farrow said the sexual assault occurred in the attic of the family’s Connecticut summer home.)

In an extensive interview, Frank S. Maco, then a state’s attorney in Connecticut, says that he intended to investigate the accusation “quietly,” but that Mr. Allen held a news conference at the Plaza Hotel, where he shared the news of the investigation. Mr. Allen called the allegations a “gruesomely damaging manipulation of innocent children for vindictive and self-serving purposes.” He also declared his love for Soon-Yi Previn, Mia Farrow’s daughter, suggesting that the allegations were a result of Mia lashing out over that relationship.

“They were doing a great job painting Mia Farrow as a scorned woman who would say anything,” said Rosanna Scotto, a broadcast reporter who covered the news at the time.

Armed with that narrative, Mr. Allen went on a media campaign, while Ms. Farrow stayed relatively quiet. She told filmmakers that she was trying to establish some semblance of normalcy for her children.

Mr. Maco, the prosecutor, said that he asked the child abuse clinic at Yale-New Haven Hospital to evaluate Dylan Farrow, to determine whether she would be traumatized by taking the stand at a trial and whether there were any “impediments” to her ability to testify — including any ability to “perceive, recall and relate.”

During a seven-month inquiry, experts interviewed Dylan Farrow nine times, a number that child abuse and legal experts tell the documentary filmmakers was excessive for a child subject.

The final report stated that there were “inconsistencies” in Dylan Farrow’s statements and that she had “difficulties distinguishing fantasy from reality.” It found that her accusations were “likely reinforced and encouraged” by her mother. The clinic shared the results with Mr. Allen and Mia Farrow without telling Mr. Maco they were doing so, he said, and Mr. Allen announced the determinations at a news conference.

Later on, during the custody battle between Mr. Allen and Ms. Farrow, the director of the clinic said in a deposition that its practice was to destroy notes; experts interviewed in Episode 3 say that this is antithetical to common practice in their field.

The inquiry by New York City’s Child Welfare Administration was being spearheaded by Paul Williams, a caseworker who interviewed Dylan Farrow and found her to be credible.

Within two weeks of the investigation, Mr. Williams determined that there was sufficient information to open a New York-based criminal investigation, but he was told by superiors that in high-profile cases like this one, it was customary for the “big wigs” to take responsibility and for the welfare administration to relinquish control, according to case records reviewed by the filmmakers.

A lawyer for Mr. Williams, Bruce Baron, says in the documentary that at the time, his client “wouldn’t shut up” about the case at work, and he was fired for insubordination. Mr. Williams sued the city over the firing, arguing in part that the city had suppressed information about the case; he won in court and got his job back.

Understand the Allegations Against Woody Allen