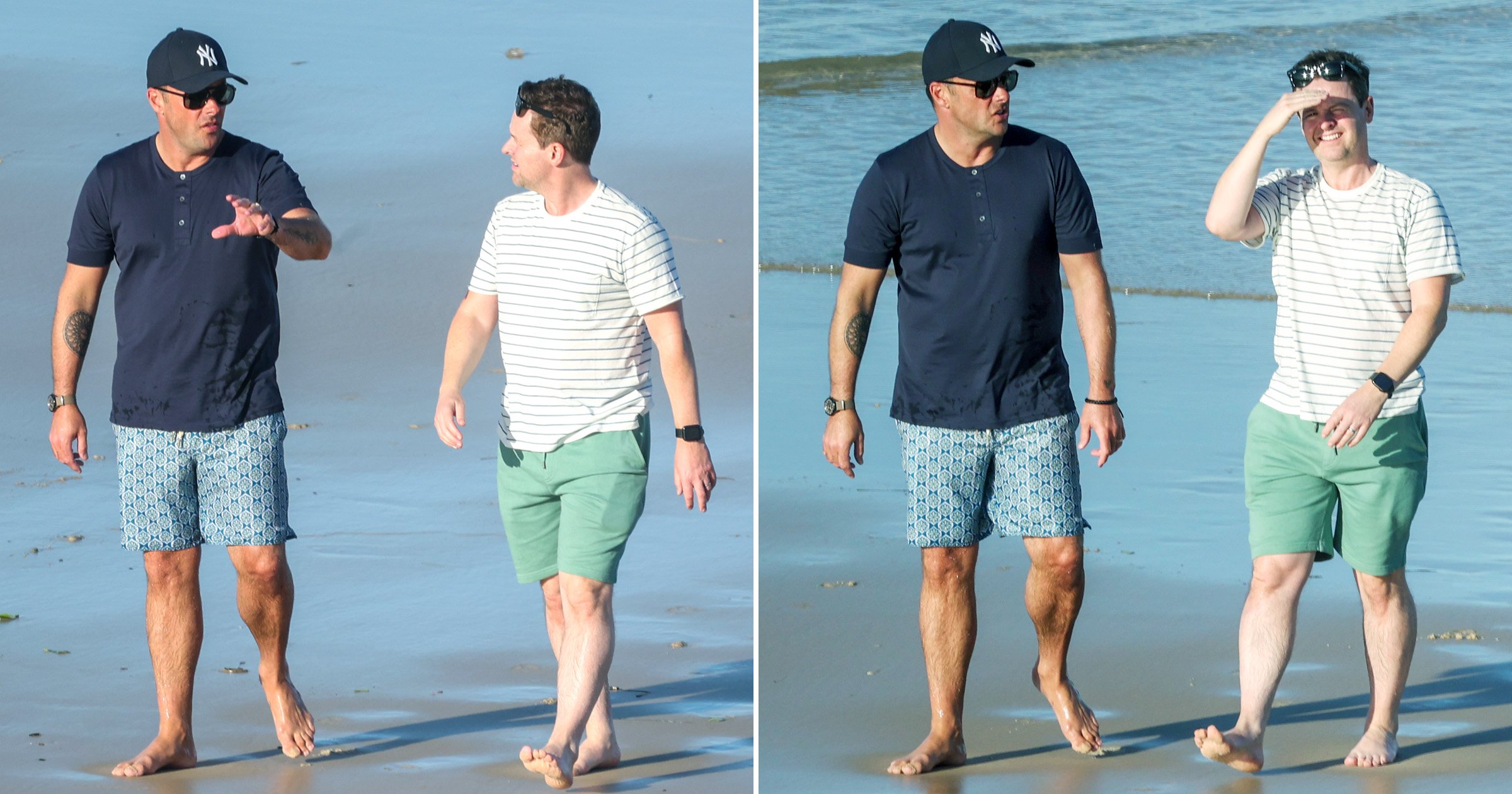 Ant McPartlin and Declan Donnelly, our beloved Ant and Dec, are back in Australia and they’re gearing up for the launch of I’m A Celebrity… Get Me Out Of Here!

The much loved ITV show returns in November and is back Down Under for the first time in two years, after the Covid pandemic forced filming to take place in Wales.

But, now we’re getting ready for I’m A Celeb to return as we know it – kangaroo tongues and witchetty grubs galore!

Before the series kicks off, though, Ant and Dec are soaking up the Australian sunshine and relishing the calm before the storm.

The award-winning presenters were pictured strolling along the Aussie beach, deep in conversation after escaping the impending UK cold nights.

Donning shorts and t-shirts while their British pals remain at home in jumpers and winter coats, the Geordie duo had us all green with envy.

They went barefoot to feel the sand beneath their toes on the Gold Coast, with Ant protecting his head with a cap.

Ant’s wife, Anne-Marie, whom he wed in 2021, joined them by the sea, holding her husband’s hand as they walked.

Dec’s wife of seven years, Ali, and their two children, Isla and Jack, are also jn Australia having been snapped at the airport, but decided to forgo the beach trip.

Both Ant, 46, and Dec, 47, have shared how excited they are to be back filming in Australia, with Ant recently joking on The One Show: ‘You get a much better tan in New South Wales than you do Wales!’

However, Dec has also admitted being back in Australia is ‘stressful’ now as a dad, and he’s looking forward to some ‘family time’ in between filming.

‘It is a bit more stressful coming now, you watch less movies. But it is fine and great to be able to bring them out.

‘We can have a bit of family time as well as getting the series going as well.’

The pair are also buzzing about the line-up, which is said to include Chris Moyles, Mike Tindall, and Boy George.

While the 2022 cast is yet to be officially announced by the broadcaster, stars including Charlene White, Owen Warner and Sue Cleaver have been photographed arriving at the airport in Australia ahead of the new series.

I’m A Celebrity… Get Me Out Of Here! returns on Sunday November 6 at 9pm on ITV.