Not mincing her words. Aubrey O’Day made it clear that she still holds some resentment toward former Danity Kane manager, Sean “Diddy” Combs, over the demise of the group.

“Diddy broke us up in the height of our fame on national television, on MTV,” O’Day, 35, told Us Weekly on Wednesday, July 17, while speaking about the reboot of Making the Band — the show where the Ex on the Beach star got her start.

The “Bad Girl” singer wants fans to know how far the group has come since first splitting up. “I want to talk about what we’re going through, because I think what Danity Kane has gone through since then is so powerful for women, for people, for artists,” she said. “We have had to learn everything the hard way since we were broken up by [Diddy] on national television.”

The Celebrity Big Brother alum went on to say that though she, Dawn Richard, Aundrea Fimbres, Wanita “D. Woods” Woodgett and Shannon Bex all initially went their separate ways, they eventually managed to find common ground. “I think that it’s so interesting to be in multi-racial group [whose members experience] being a woman in such different ways, but have all grown to a place where we are truly bonded and family,” she said. “We’re here and we don’t have cameras following us and I think that story is more interesting.” 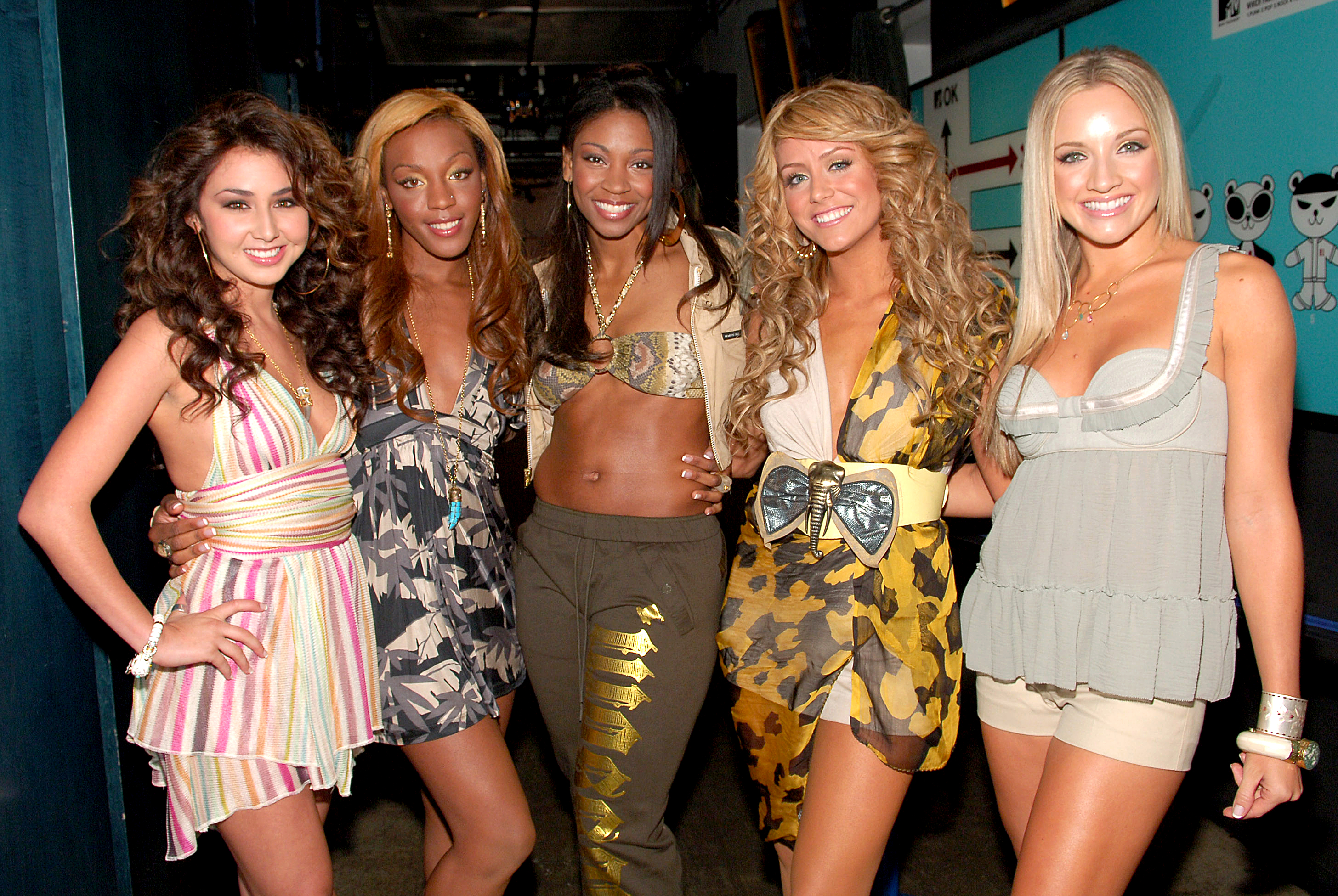 “Check this out, baby girl,” Diddy said at the time. “See, your attitude is gonna have you in a dark and lonely place. … What you need to do, at the end of the day, is humble yourself.”

Though the “Last Night” singer said he didn’t “have beef” with the singer, he took issue with her alleged ego. “I got love for Aubrey. I don’t have any beef with her,” he said. “I just want to work with the young lady that I signed, not the person that fame has made her.”

Bex, 39, made the decision not to return the following season, with Fimbres, 36, later being kicked out of the group by Diddy as well.

Though the group briefly reunited without their former manager or D. Woods in May 2013, they disbanded once more following an alleged physical altercation between O’Day and Richard, 35.

The women later patched things up, with Bex, O’Day and Richard reuniting for their first tour in four years in August 2018.

“We’re sisters at the end of the day, and I think if you go through life, you still remember, like, I really want a relationship with these girls even though you go through things,” Richard told E! News that month. “You really want that camaraderie and so Aubrey and I had a great conversation.”

Added Bex: “The chemistry is pretty incredible and you can’t make that stuff up, so just enjoying the fans and being back together as a family, fans included.”

Us Weekly has reached out to Diddy’s rep for comment.

With reporting by Travis Cronin