This article is part of our new series, Currents, which examines how rapid advances in technology are transforming our lives.

Technology has always played a major role in superhero comics. Sometimes the tech makes the hero, like the often upgraded suits of armor worn by Iron Man. Other times it can benefit a team of do-gooders, like the rings used by the Legion of Super-Heroes that give its members, whose adventures are set in the future, the ability to fly.

While most technology in comic books is of the fantastical kind, there are some examples that either exist in the real world or are extensions of real-world inventions. The DC hero Mr. Terrific uses dronelike devices he calls T-Spheres that assist him on his adventures with aerial reconnaissance (they can also deploy lasers, holograms and more).

Iron Man uses an artificial intelligence system light years ahead of Alexa or Siri. In the Marvel Cinematic Universe he had J.A.R.V.I.S., but he (it?) was replaced by a virtual assistant named F.R.I.D.A.Y., who is also featured in the comics. These days he uses an A.I. named B.O.S.S., which alerts him to threats, monitors his power levels and, in its first comic book appearance, managed his investments while he battled an extraterrestrial threat.

But the true heroes-behind-the-hero, one could argue, are those keyboard surfers who type furiously at a terminal and provide critical information to whoever they are assisting in the field. This special kind of tech support falls under the trope known as “the guy in the chair,” but they are not always men nor do they always help the good guys. Below are some examples, both virtuous and villainous. 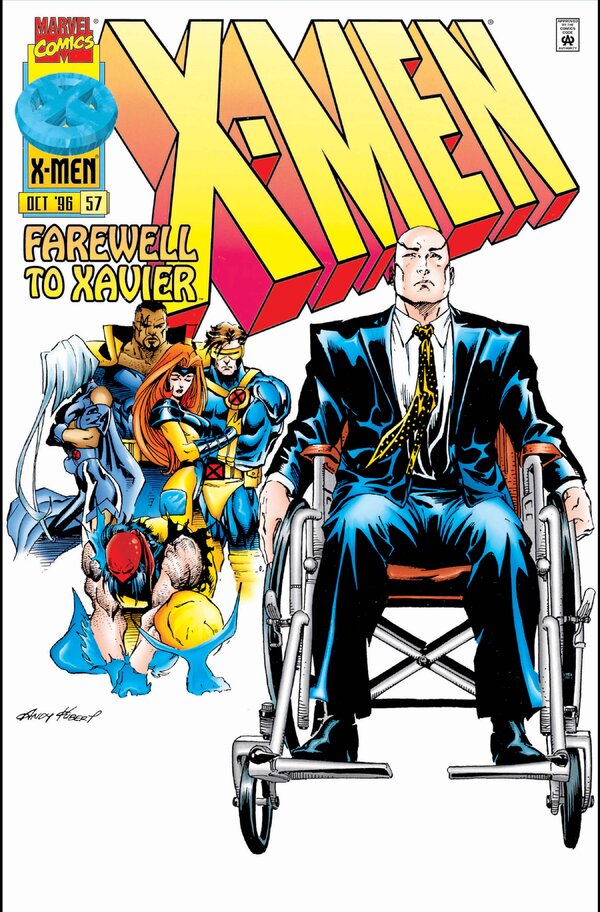 Charles Francis Xavier, or Professor X as he is popularly known, is the founder of the X-Men, Marvel’s mutant heroes who are often feared and distrusted by society. Professor X has often used a wheelchair and has led the X-Men from afar, keeping tabs on the team in the field with his telepathic abilities. He has provided the team with some formidable innovations. The Danger Room, the facility where the heroes train in the use of their powers, started out relatively low-tech: an obstacle course with battering rams and flamethrowers. Later on, thanks to an infusion of alien technology, it was souped-up with holograms that simulated the extreme terrains the X-Men often encountered. Another invention, Cerebro, was like a DNA test combined with Apple’s Find My iPhone app: It can pinpoint the location of mutants and alerts him to the emergence of new ones.

David Linus Lieberman is the aide-de-camp of the Punisher, Marvel’s antihero. Lieberman, a.k.a. Microchip, provides all manner of illicit services: money laundering, weapons procurement and computer hacking. In his origin story, Lieberman’s initial crime is changing the grades of a fellow college student whose scholarship is in danger. After tangling with a mob-connected bank, he begins a life on the run. From there, he slowly evolves into an underground hacker who also creates computer viruses. He meets an untimely end when he tries to replace the Punisher, who is becoming increasingly violent and unstable.

Black Panther’s brilliant little sister, Shuri, made a big splash in the 2018 “Black Panther” film with her technological wizardry — Q to her brother’s James Bond. In the comics, Shuri is similarly gifted, but also more ambitious: She has her eye on becoming Black Panther, a ceremonial title of power and leadership in the advanced African nation of Wakanda. Shuri serves as Black Panther when her brother is incapacitated and later sacrifices her life to save him. But worry not: He finds a way to bring her back, and they fight side-by-side today. Shuri is very much a field operative in comics, and she’s responsible for creating an array of gadgets and gear, including a spaceship and nanotech wings (of which she boasts, “My latest success! Emergency flight in a can! I am awesome!”).

When Barbara Gordon becomes paralyzed after being shot by the Joker, her crime-fighting career as Batgirl might come to an end. Instead, Barbara trades in her cape, motorcycle and grappling hooks for a keyboard, multiple monitors and Wi-Fi to become Oracle, a genius-level computer hacker and information broker to the heroes of DC Comics. After undergoing an experimental surgery that implants a microchip into her spine to restore her mobility, she becomes Batgirl again but later decides that she has a wider reach as Oracle. In a recent issue, her father, the former police commissioner Jim Gordon, confirms that he knows about Barbara’s other identities. After a heart-to-heart chat, she outfits him with a special satellite phone in his latest quest to apprehend the Joker. The phone is linked to Batman’s communications system and is set to self-destruct if he does not check in on a daily basis.

Noah Kuttler, a DC villain known as the Calculator, was originally a costumed crook with a gimmick: He wore a numerical keypad on his chest and would say things like, “I compute you have less than one minute to live.” Despite his confidence, he never made it to the upper echelon of villains. That changes after Kuttler heard whispers about Oracle. Kuttler ditches his costume and set up a similar operation — this time catering to supervillains at substantial fees: $1,000 per question answered and even more for other services. In addition to supplying information to villains, he also provides a measure of protection: He playfully counters a wiretap setup by the heroes to hear only speeches by Vice President Adlai Stevenson.

“The Wall” is an apt nickname for the steel-willed Amanda Waller. She made her mark on the DC Universe as the head of the government program Task Force X, which is also known as the Suicide Squad. Waller enlists supervillains for dangerous missions in exchange for commuted prison sentences — if they survive. One of her favorite pieces of tech is explosive devices, often in metallic collars and sometimes implanted beneath the skin, that encourage the villains to keep within the parameters of the assignment. Waller witnesses a lot of casualties in her line of work but one especially strikes close to home: Flo Crawley, the coordinator of Task Force X’s missions, wants to take part in missions. Waller’s response: “If I let you do that, your mama would shoot me and I’d give her the gun.” But Flo defies orders and takes part in an operation that results in her death.

Invincible, the title character in the recent animated Amazon Prime series, is often assisted by Cecil Stedman, the head of the Global Defense Agency, which was vigilant for threats that might require superhero attention. Stedman is a big fan of the gadgetry afforded to him by his government job. Early on, he gets to use a teleportation device, of which he said: “It costs taxpayers $5 million every time we use it, but I just had to try it.” He also outfits Invincible with an earpiece that serves as a direct line to the hero in times of need. Stedman can be a little cocky — he once said, “I’m so high ranked in the U.S. government, I don’t even have a rank” — but his heart is usually in the right place. When Invincible’s family faces a crisis, Stedman leaps into action: His machinations help provide the family with a steady income and he stages a funeral with holograms to help preserve secret identities.