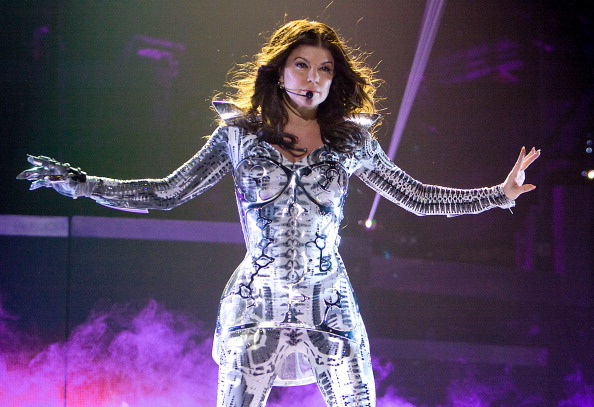 The Black Eyed Peas are reportedly suing a toy company behind a pooping unicorn the band claims allegedly ‘rips off’ their 2005 hit My Humps.

The Voice star will.i.am and co-publishers BMG have filed a lawsuit against MGA Entertainment over a song their toy, The Poopsie Slime Surprise: Dancing Unicorn, sings called, er, My Poops.

My Poops is also used in an advert for the unicorn toy where, you guessed it, the unicorns sing, ‘Whatcha gonna do with all that poop, all that poop’ before returning for the chorus.

Not only is BMG claiming the song has an uncanny likeness to their track, but that it also sounds like former Black Eyed Peas front-woman Fergie, the vocalist on My Humps.

The long-haired unicorns, who are all sporting nappies, also bookend verses with, ‘Check it out’, as Fergie does in My Humps, seemingly referring to their ‘sparkly glitter poops’.

Fergie left the Where Is The Love group in 2017 and has since released albums Double Duchess and Fergie: Celebrating Pride.

But there didn’t appear to be bad blood with the group on her exit, composed of rappers will.i.am, apl.de.ap and Taboo, as the 47-year-old explained in 2017: ‘I have lived so much and I needed somewhere to put all of my life experiences.

‘I don’t feel like it is fair to go on a Peas record and be like, “Let me bust out my journals and make this all about me”.

‘I don’t know it’s too selfish for me, so I just needed to let it all out.’

The band rocketed to fame in the 2000s with tracks like Where Is The Love?, Let’s Get It Started, My Humps, Shut Up and I Gotta Feeling, and the rappers released their latest and ninth album, ELEVATION, in 2022.

Throughout their time in the business, the Black Eyed Peas have sold an estimated 80 million records, making them one of the best-selling groups of all time.

Metro.co.uk has contacted MGA Entertainment and the BMG for comment.