Bob Koester, who founded the influential Chicago blues and jazz label Delmark Records and was also the proprietor of an equally influential record store where players and fans mingled as they sought out new and vintage sounds, died on Wednesday at a care center in Evanston, Ill., near his home in Chicago. He was 88.

His wife, Sue Koester, said the cause was complications of a stroke.

Mr. Koester was a pivotal figure in Chicago and beyond, releasing early efforts by Sun Ra, Anthony Braxton, Jimmy Dawkins, Magic Sam and numerous other jazz and blues musicians. He captured the sound of Chicago’s vibrant blues scene of the 1960s on records like “Hoodoo Man Blues,” a much admired album by the singer and harmonica player Junior Wells, featuring the guitarist Buddy Guy, that was recorded in 1965. 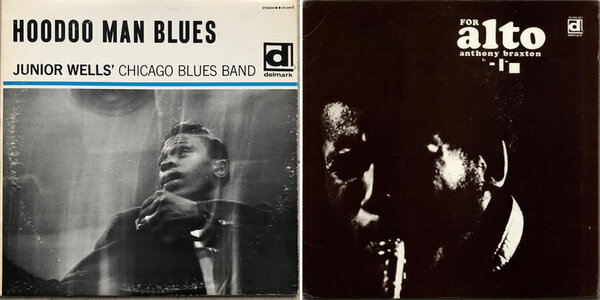 “Bob told us, ‘Play me a record just like you played last night in the club,’” Mr. Guy recalled in a 2009 interview with The New York Times, and somehow he caught the electric feel of a live performance. In 2008 the record was named to the Grammy Hall of Fame.

About the same time, Delmark was recording early examples of the avant-garde jazz being promulgated by the pianist Muhal Richard Abrams and other members of the Association for the Advancement of Creative Musicians, an organization formed in Chicago in 1965. The company’s recordings were not, generally, the kind that generated a lot of sales.

“If he felt something was significant, he wasn’t going to think about whether it would sell,” Ms. Koester said by phone. “He wanted people to hear it and experience the significance.”

As Howard Mandel, the jazz critic and author, put it in a phone interview: “He followed his own star. He was not at all interested in trends.”

For decades Mr. Koester’s record store, the Jazz Record Mart, provided enough financial support to allow Delmark to make records that didn’t sell a lot of copies. The store was more than an outlet for Delmark’s artists; it was packed with all sorts of records, many of them from collections Mr. Koester bought or traded for.

“The place was just an amazing crossroads of people,” said Mr. Mandel, who worked there for a time in the early 1970s. Music lovers would come looking for obscure records; tourists would come because of the store’s reputation; musicians would come to swap stories and ideas.

“Shakey Walter Horton and Ransom Knowling would hang out there, and Sunnyland Slim and Homesick James were always dropping by,” the harmonica player and bandleader Charlie Musselwhite, who was a clerk at the store in the mid-1960s, told The Times in 2009, rattling off the names of some fellow blues musicians. “You never knew what fascinating characters would wander in, so I always felt like I was in the eye of the storm there.”

“You’d get into a conversation with him,” he said, “and in 10 minutes he was talking about some obscure wormhole of a serial number on a pressing.”

Ms. Koester said the store held a special place in her husband’s heart — so much so that when he finally closed it in 2016, citing rising rent, he opened another, Bob’s Blues and Jazz Mart, almost immediately.

“He loved going into the studio in the days when he was recording Junior Wells and Jimmy Dawkins,” she said, “but retail was in his blood.”

He especially loved talking to customers.

“Often they came into the store looking for one thing,” she said, “and he pointed them in another direction.”

Robert Gregg Koester was born on Oct. 30, 1932, in Wichita, Kan. His father, Edward, was a petroleum geologist, and his mother, Mary (Frank) Koester, was a homemaker.

He grew up in Wichita. A 78 r.p.m. record by the Original Dixieland Jazz Band in his grandfather’s collection intrigued him when he was young, he said in an oral history recorded in 2017 by the National Association of Music Merchants. But, he told Richard Marcus in a 2008 interview for blogcritics.com, further musical exploration wasn’t easy.

“I never liked country music, and growing up in Wichita, Kansas, there wasn’t much else,” he said. “There was a mystery to the names of those old blues guys — Speckled Red, Pinetop Perkins — that made it sound really appealing. Probably something to do with a repressed Catholic upbringing.”

College at Saint Louis University, where he enrolled to study cinematography, broadened his musical opportunities.

“My parents didn’t want me going to school in one of the big cities like New York or Chicago because they didn’t want me to be distracted from my studies by music,” he said. “Unfortunately for them, there were Black jazz clubs all around the university.”

He also joined the St. Louis Jazz Club, a jazz appreciation group. And he started accumulating and trading records, especially traditional jazz 78s, out of his dorm room. The rapidly growing record business crowded out his studies.

“I went to three years at Saint Louie U,” he said in the oral history. “They told me not to come back for a fourth year.”

His dorm-room business turned into a store, where he sold both new and used records.

“I’d make regular runs, hitting all the secondhand stores, Father Dempsey’s Charities, places like that, buying used records,” he told The St. Louis Post-Dispatch in 1993 for an article marking the 40th anniversary of the founding of his record label. “And I’d order records through the mail. Then I’d sell records at the Jazz Club meetings. That was the beginning of my retail business.”

He had started recording musicians as well. He originally called his label Delmar, after a St. Louis boulevard, but once he relocated to Chicago in the late 1950s he added the K.

He acquired a Chicago record shop from a trumpeter named Seymour Schwartz in 1959 and soon turned it into the Jazz Record Mart. His label not only recorded the players of the day but also reissued older recordings.

“He loved obscure record labels from the ‘30s and ‘40s, and he acquired several of them,” Mr. Mandel said. “He reissued a lot of stuff from fairly obscure artists who had recorded independently. He salvaged their best work.”

Mr. Koester was white; most of the artists he dealt with were Black.

“He was totally into Black music,” Mr. Mandel said. “Not only Black music, but he definitely gave Black music its due in a way that other labels were not.”

That made Mr. Koester stand out in Chicago when he went out on the town sampling talent.

“When a white guy showed up in a Black bar, it was assumed he was either a cop, a bill collector or looking for sex,” Mr. Koester told blogcritic.com. “When they found out you were there to listen to the music and for no other reason, you were a friend. The worst times I had were from white cops who would try and throw me out of the bars. They probably thought I was there dealing drugs or something.”

It was the atmosphere of those nightclubs that he tried to capture in his recording studio.

“I don’t believe in production,” he said. “I’m not about to bring in a bunch of stuff that you can’t hear a guy doing when he’s up onstage.”

In addition to his wife, whom he met when she worked across the street from his store and whom he married in 1967, Mr. Koester is survived by a son, Robert Jr.; a daughter, Kate Koester; and two grandchildren.

Mr. Koester’s record company played an important role in documenting two musical genres, but his wife said that beyond playing a little piano, he was not musically trained himself.

“He would say his music was listening,” she said.