Britney Spears and Jamie Lynn Spears seem keenly aware that the world is dissecting everything they post.

The 39-year-old pop star wrote two lengthy and confessional Instagram posts over the weekend. In one, the “Toxic” singer blasted her 30-year-old sister Jamie Lynn Spears for performing at the 2017 Radio Disney Music Awards.

“I don’t like that my sister showed up at an awards show and performed MY SONGS to remixes !!!!!” she wrote, adding: 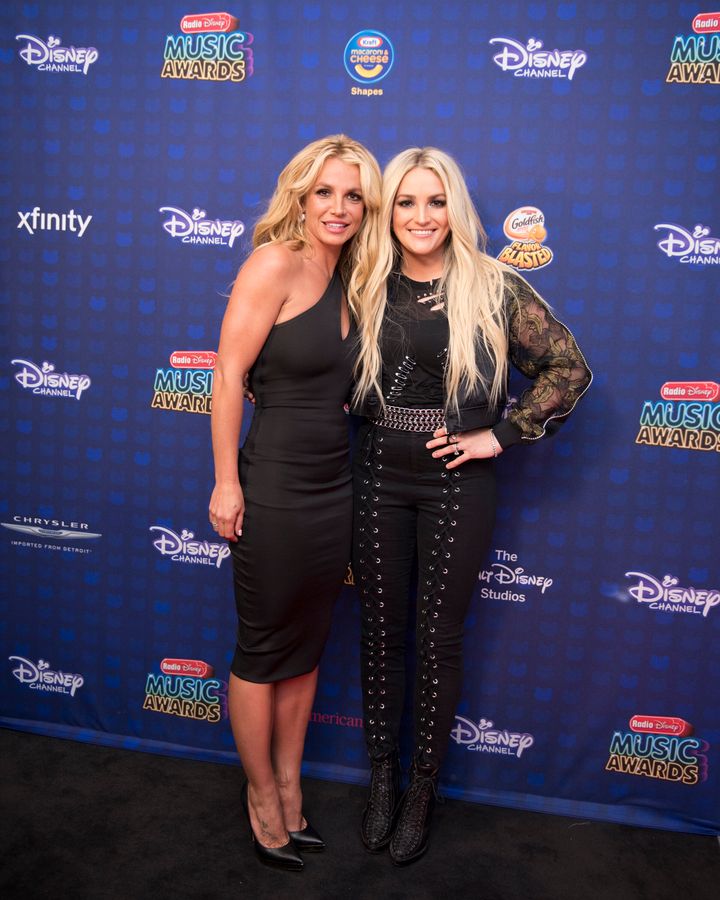 The “Zoey 101” star seemed to react to the public chastising by publishing yet another post in which she appeared to be referring to her older sister … but was just vague enough that it could have been interpreted in other ways.

“May the peace of the Lord be with you, and your spirit✌🏻❤️,” Jamie Lynn Spears wrote on Instagram alongside some shots of herself in a revealing red ensemble, numerous media outlets reported before that caption was rewritten.

Not long afterward, Britney Spears posted what could have been viewed as a response to her sister’s post.

“May the Lord wrap your mean ass up in joy today,” the singer captioned a video of herself dancing to Billie Eilish’s “Bad Guy.”

Many on social media gobbled up the presumed dig, and some documented it on Twitter.

Although the all-caps word “RED” and strings of red rose and cherry emojis could be a reference to Jamie Lynn Spears’ red dress in her post — it could also be interpreted as Britney Spears seeing red. Or love. Or maybe the “Stronger” singer just really likes fruit.

The point is, aside from the one post in which Britney Spears specifically names her sister, all the assumptions that the public is making about the siblings’ current relationship are purely speculative.