Not quite Paradise! During a game of Us Weekly’s Bachelor Regrets, Caila Quinn reflected on her involvement in Ashley Iaconetti and Jared Haibon’s rocky road to marital bliss.

“I regret everything! I regret it all. I mean, that gave me the most anxiety in my life and I won’t lie, I went into depression after. It was, like, not a good time. I regret most promising to Ashley that I would never date Jared,” the 30-year-old Bachelor season 20 alum dished on Us’ “Here for the Right Reasons” podcast. “Because if I never had made the promise then we wouldn’t have been in this predicament. At the same time, she did pressure me to make the promise very hard.” 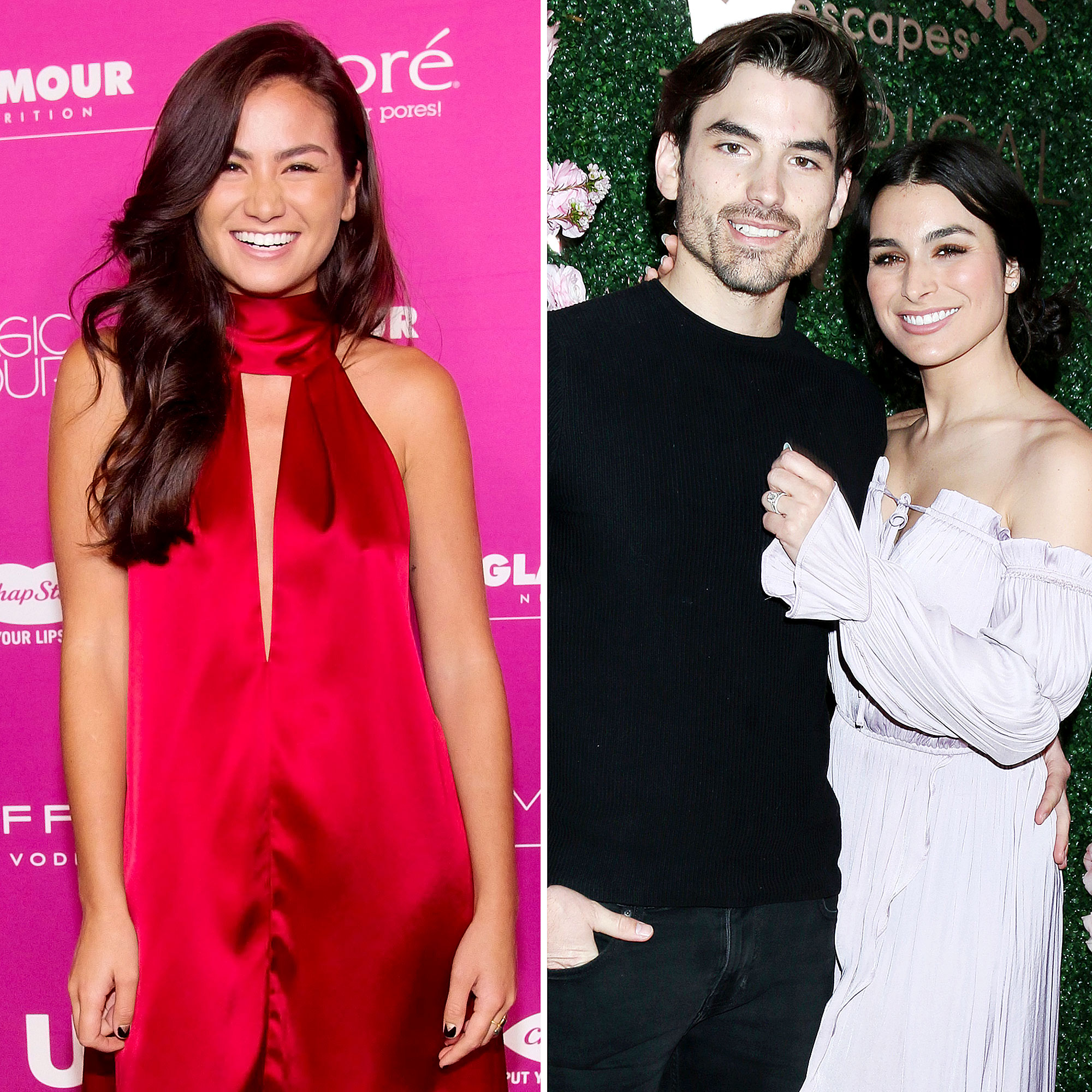 Fans watched Ashley, 33, and Jared, 32, meet on season 2 of Bachelor in Paradise, which aired in 2015. The following season, Caila dated Jared, but things got messy when Ashley returned to the beach looking for another shot. After three years of ups and downs, Ashley and Jared announced in May 2018 that they were dating and got engaged that June. The twosome wed in August 2019.

“They were meant to be,” Caila told Us. “And you know what? To each their own. And I wish them the most happiness in life.”

‘Bachelor in Paradise’ Couples Who Are Still Together

While Caila found love with Nick Burrello — “I’m super happy. I’m getting married in four weeks!” — she admitted that she felt pressure to date within Bachelor Nation after her stint on Ben Higgins’ season of The Bachelor in 2016.

“I think you still have something to prove yourself. So I think you still hook up with other Bachelor people behind the scenes and just don’t tell anyone. And then once you get it out of your system, you’re like, ‘OK, now I need to move on,’” Caila told Us. “But I think there’s, like, this insecurity that you need to prove yourself. ‘Oh, well, you know, the lead didn’t pick me and I felt like a psycho in Paradise. Like, is there anyone normal [in] Bachelor Nation?’”

Overall, the reality TV personality has fonder memories of her time looking for love on Ben’s season.

“I feel like filming The Bachelor is like going to college where everyone is on their best behavior. They’re all dressed up. You know, they don’t know anyone, and they don’t know the situation they’re going into. But Paradise is exactly like going back to high school,” she explained. “And I hated high school. It’s very catty. There’s rules — I’ve never heard of, like, girl code. [I’d] never heard of like claiming [someone], like, calling, ‘Dibs.’ But apparently that’s the thing, and I just didn’t know those rules.”

As Bachelor and Bachelorette alums prepare to film season 7 of Bachelor in Paradise, Caila noted that she feels like all the “rules” went out the window.

“The producers were like, ‘You are never allowed to DM someone on Instagram. It’s forbidden.’ And you weren’t even really supposed to post Instagram photos while your season was airing,” she recalled. “So everyone broke the rules. Now everyone’s talking, everyone’s meeting up. Everyone’s quarantining together and then filming seasons. It’s, like, are there rules anymore?”