BEIJING (Reuters) – Maoyan Entertainment (1896.HK), China’s leading movie-ticketing platform, said it would boost investment in the domestic film industry and deepen its partnership with Tencent Holdings Ltd (0700.HK), as it works to halt a downturn at cinemas. 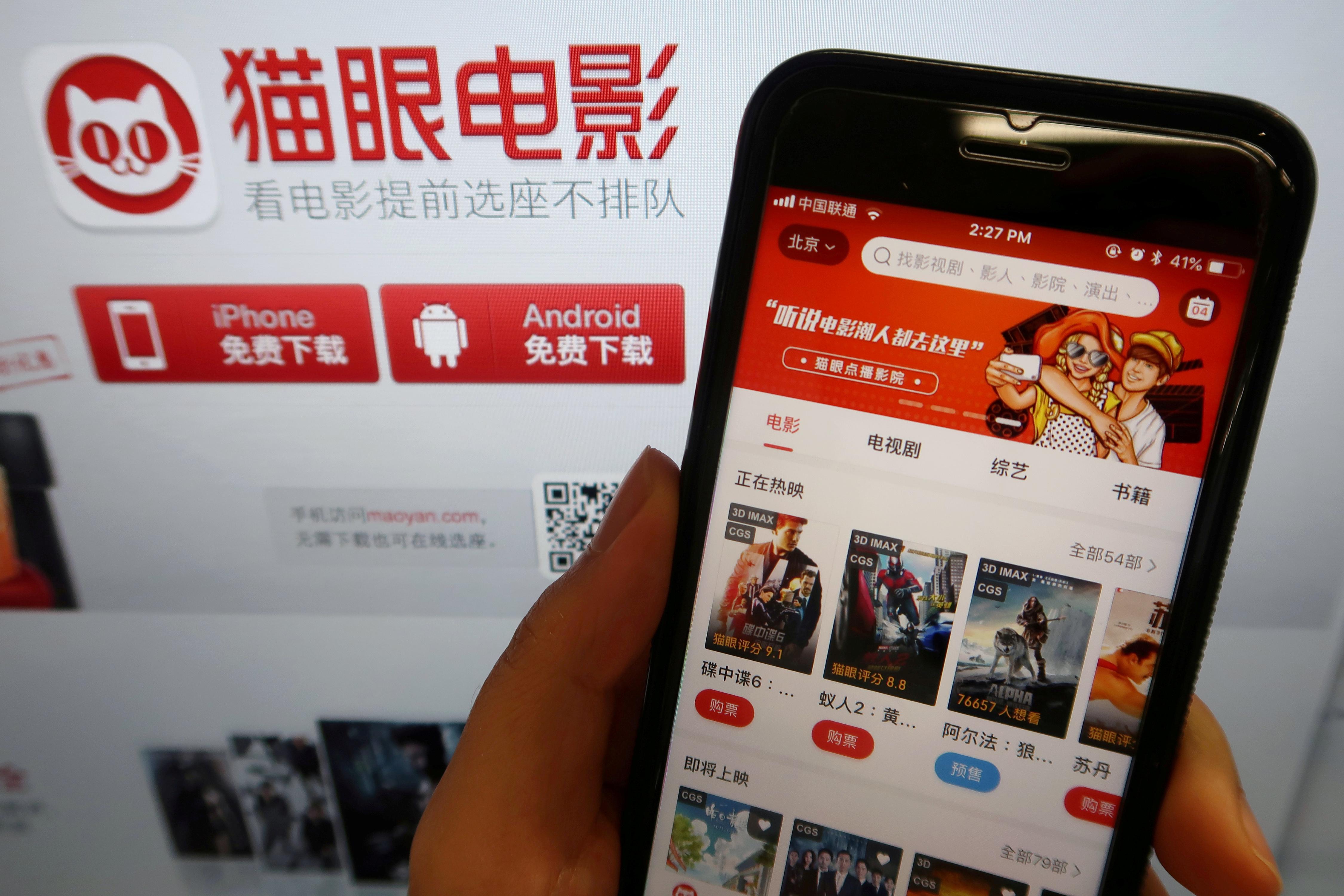 “Whether the full-year revenue will be in line with that of last year or even exceed, it remains to be seen,” Zheng said in a recent interview.

Box office revenue slumped 2.7% in the first half of 2019, showed data from Maoyan, while the number of movie-goers fell 10%. Analysts noted the downturn coincided with a slowdown in domestic consumption at a time when a trade dispute with the United States threatens to impact an already softer economy.

Unlike in countries such as the United States, most Chinese movie-goers secure seats by buying tickets online from dealers such as Maoyan and Taopiaopiao, backed by Alibaba Group Holding Ltd (BABA.N).

However, the ticketing market is approaching saturation and so Maoyan aims to expand further in content investment and distribution, Zheng said.

“Over the years we have built up our strength in ticketing, distribution and media, and now we have newly created capital for maneuverability,” Zheng said.

Some blockbuster movies have been delayed due to amendments needed to gain approval for wider screening, with sensitivities particularly high ahead of the 70th anniversary of the founding of the People’s Republic of China. One such title, “The Eight Hundred”, is a patriotic World War Two epic focusing not on the Communist Party but on its civil war adversary, the Kuomingtang.

The government is also working to eliminate aspects of the entertainment business deemed at odds with Communist Party values. Action taken includes a cap on artists’ salaries and, in an extreme case, a tax evasion fine of $1.62 billion on A-list actress Fan Bingbing.

“I don’t think we can talk about any industry without the context of the country,” Zheng said. “I believe in a more disciplined market environment, the industry will enjoy long-term development.”