Chris Evans has been named as People’s Sexiest Man Alive for 2022, taking the baton from Paul Rudd.

All eyes have been on who the mystery new title-holder could be, and it was down to Stephen Colbert to confirm the news on The Late Show.

Stephen then enlisted former Sexiest Man Alive, Dwayne ‘The Rock’ Johnson, to tell his friend Chris about the honor.

‘That means a lot coming from a former Sexiest Man Alive,’ Chris said, before Dwayne pointed out: ‘I never give the title up,’ and insisting: ‘We’re sharing it.’

Dwayne then gave Chris the floor to ‘say something sexy,’ with the Captain America star saying: ‘Go vote tomorrow.’

Chris was delighted by the honor but said of his friends: ‘Really this will just be a point of bullying. It’s ripe for harassment.’ 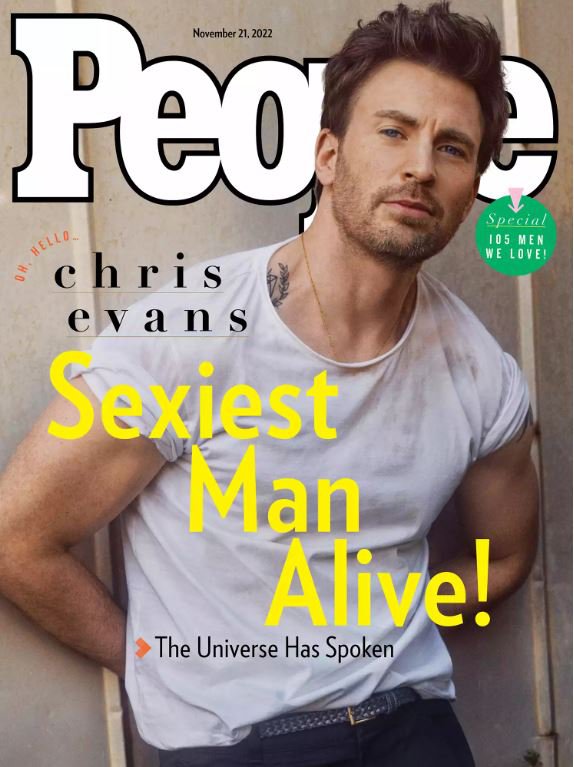 He added: ‘My mom will be so happy. She’s proud of everything I do but this is something she can really brag about.’

Chris is following in some very famous footsteps as the Sexiest Man Alive, with some huge names taking the title in the past.

Michael B Jordan added the title to his resume in 2020, with George Clooney, Brad Pitt, Idris Elba and Tom Cruise.

Last year, the honor fell to Ant-Man star and Friends icon Paul, who accepted it with open arms.

‘I do have an awareness, enough to know that when people hear that I’d be picked for this, they would say, “What?”,’ he said at the time.

‘This is not false humility. There are so many people that should get this before me.’

Discussing the reception he was expecting from his pals, the actor added that he expected some grief from his pals.

‘As they should. I would,’ he added. ‘I mean I’m going to lean into it hard. I’m going to own this. I’m not going to try to be like “Oh, I’m so modest”. I’m getting business cards made.

‘But all of my friends will destroy me and I expect them to. And that’s why they’re my friends.’