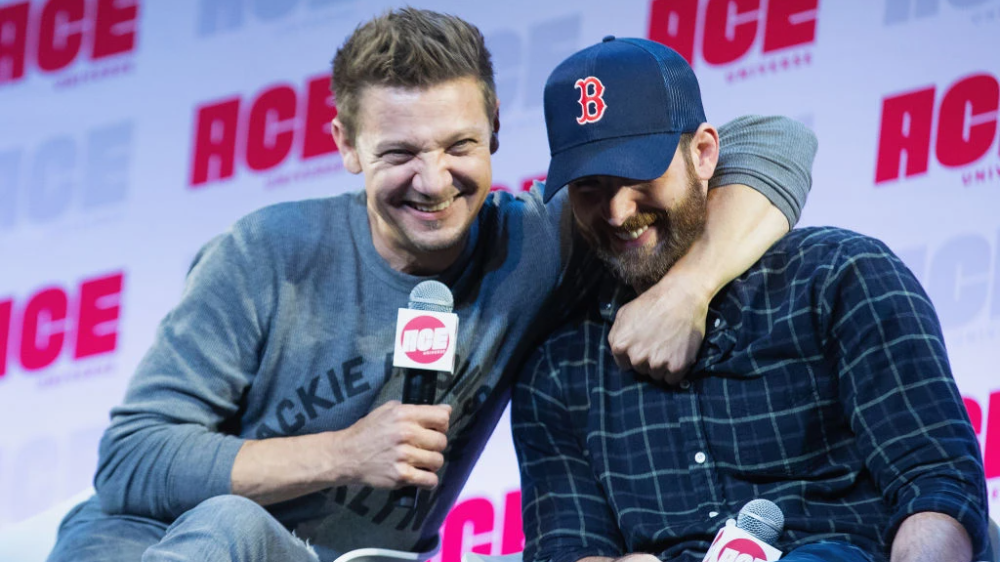 Chris Evans has sent some birthday love to Jeremy Renner, who is currently in hospital after a snow plough accident.

Marvel actor Jeremy celebrated turning 52 years of age while under the care of ICU staff after the incident last week, which left him ‘completely crushed’ by a 14,000-pound snowplough.

He has since suffered extensive facial bruising, with his 911 report, obtained by TMZ, revealing that he had been bleeding heavily from his head.

However, the Hawkeye star is on the mend and has been sharing updates on social media with his fans, giving everyone reassurance when he posted a selfie from his hospital bed.

And while his 52nd birthday hasn’t been the party he might have hoped for, his famous pals are still keen to wish him well.

Chris, 41, shared a sweet snap to his Instagram Story of himself and Jeremy on a red carpet, all smiles.

In his birthday message, he was keen to praise his friend’s strength.

‘Happy birthday to one of the toughest guys I know!’, he wrote.

‘Sending so much love your way’, followed by a red heart emoji.

Jeremy and Chris are long-time friends, as well as co-stars, having appeared in The Avengers franchise together, as well as Captain America.

After news of Jeremy’s accident was made public, Chris was again one of the famous faces sending him well wishes for his recovery.

Other stars keeping Jeremy in their thoughts have included Guardians of the Galaxy actor Chris Pratt, who wrote: ‘Continued prayers your way brutha,’ while Thor: Love and Thunder director Taika Waititi penned: ‘My brother, I love you’.

The latest update from Jeremy came when he thanked the medical staff in his ward for taking care of him after his terrifying ordeal.

In a photo shared to his Instagram Story, Jeremy smiled alongside staff and family members.

‘Thank you Renowned Medical ICU team for beginning this journey,’ he wrote in the caption, adding four praying emoji to the image.

In the snap, Jeremy is sitting upright in bed and wearing an oxygen mask, while everyone else wears face coverings.

It’s likely Jeremy will have a long way to go in his recovery after his 2023 started with him being airlifted to hospital on January 1 after suffering ‘blunt chest trauma and orthopaedic injuries’ in the accident.

He previously admitted he felt ‘too messed up now to type’ in his first Instagram post since the incident, but sent love to his fans who sent him ‘kind words’.