Although Chris Harrison will be leaving The Bachelor franchise behind, his wallet surely won’t be hurting. According to Deadline, the host for the past 25 seasons will be quietly stepping down with a “mid-range eight-figure payoff”…which means he’s being handed something around 50 million to not do this job for the rest of his life. Seems like a sweet deal! If you’re wondering why it’s quite so much, Deadline has some intel there too: Reportedly, the payoff is in exchange for him not just leaving, but leaving quietly and not giving further commentary on his exit. The fact that Harrison is supposedly being paid this much to quietly step down after he was involved in a huge controversy has us wondering just how much dirt he had on the series after all. 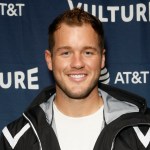 
Did Colton Underwood Know He Was Gay When He Went on The Bachelor?

Last season of The Bachelor, Harrison went on a studio interview with former Bachelorette Rachel Lindsay to defend Bachelor contestant Rachael Kirkconnell over her past attendance at antebellum-themed fraternity formals as recently as 2018, chiding those criticizing her as the “woke police.” Soon after, Harrison himself started seeing the repercussions of his actions. He temporarily stepped down from hosting the show after Matt James’ season, and we kind of had the feeling that he was going to be gone for good — however, we definitely didn’t expect to see this large of a payout. We keep going back to the thought that he could have had some serious information on the show that they really didn’t want to get out.

While Harrison is no stranger to big payouts, “mid eight figures” is a sizable chunk of change even by his standards. According to Parade, he’s been picking up an $8 million paycheck for each season that he’d hosted prior to stepping down this year, and enjoys a net worth of around $25 million — so, half of what he’s being paid to remove himself from the franchise without comment.

Are we glad that Harrison is finally stepping aside and giving girlies like Kaitlyn Bristowe and Tayshia Adams a chance to host? Hell yeah. But still: any scenario where Harrison is paid $50 million to enjoy his legacy in peace after his comments that perpetuated racism hardly feels like justice.

Before you go, click here to see the most dramatic splits in Bachelor and Bachelorette history.