In the first of a new series explaining the complex mechanisms that add functionality – or complications – to mechanical watches, HYPEBEAST looks at how a series of levers, springs and wheels make up the chronograph.

With the notable exception of the omnipresent date window, the chronograph is almost certainly the most popular function – or complication – among watch buyers. There is a universal practicality in having the ability to time events anywhere you go, whether that’s the 200m hurdles, pulling off the perfect soft-boiled egg or the 14-second course correction burn that brought the Apollo 13 astronauts back to Earth. Having a wrist-mounted stopwatch can mean the difference between life and death.

The first chronographs looked nothing like the modern template laid down the first half of the 20th Century, one of a central chronograph seconds hand along with two or three subsidiary or sub-dials.

For the longest time, the watch world had assumed that the first chronograph was made in 1822 by Nicolas Rieussec – whose lineage has since been adopted by Montblanc – who constructed a mechanical device inside a wooden box that was able to make an ink mark on two rotating discs that represented minutes and seconds.

His invention might have been the first to use the name chronograph – derived from the Greek words Chronos for “time” and Graphein for “write”, literally Time Writer – but it wasn’t the first to be able to record elapsed time, something the wider world only discovered in 2013, when a previously unknown device appeared at auction.

The Compteur de Tierces – or Thirds Timer – had been manufactured in 1816 by Louis Moinet to time astronomical observations and in terms of its form was much closer to what we would recognise as a stopwatch than Rieussec’s cumbersome scientific instrument. The moral of the story being that it doesn’t matter if you’re first to do something if no-one knows about it. The Compteur de Tierces was acquired by Jean-Marie Schaller, the CEO of the present day Louis Moinet brand, and received world records for being both the first chronograph and the first high-frequency stopwatch.

Nearly a century after the invention of the chronograph, Longines would set the dial template for wristwatch chronographs in 1913 with a watch featuring sub dials at the three and nine o’clock position. At this time chronographs were activated using a single pusher in the crown. The biggest deviation from that format was Breitling’s introduction of, first, an independent chronograph push-piece and then a second pusher to divide start/stop and reset duties, allowing a timing to be restarted without having to be reset to zero first.

To get an understanding of what happens inside a chronograph when these pushers are pressed, HYPEBEAST spoke to veteran watchmaker Peter Roberts who was the first British student to train at WOSTEP in Switzerland and, after working at Rolex, taught the subject at Hackney Technical College, in London, to a generation of students including Stephen Forsey, co-founder of Greubel Forsey, and Peter Speake-Marin.

Roberts secured his own milestone in chronograph watchmaking when he inadvertently produced the first wristwatch with five centrally mounted hands as the final project in his watchmaking studies.

He uncovered a dial design in a book which showed a number of different complications indicated by multiple centrally mounted hands. While his tutor told him that the watch in question had never been made and was a purely theoretical exercise, Roberts made the watch a reality using the same Valjoux 72 movement that powered the Rolex Daytona for 30 years as his starting point.

“A modern chronograph is a wristwatch which tells you the time of day with a completely separate mechanism within the main mechanism, the chronograph, and that works as a stopwatch, which is disengageable from the main watch. That will have seconds, a minute recorder and an hour recorder. It’s like the ROM in a computer.”

There are two main switching systems used to activate a chronograph; the column wheel or a cam-based system.

The column wheel, a ratcheted wheel with several vertical pillars on top, is the traditional solution, but it is difficult, and therefore costly, to produce. Depressing the top chronograph pusher turns the column wheel clockwise by its rachet teeth, causing the pillars above to interact with a series of levers. The first releases a brake on the chrono wheel, while the next couples the wheel train of the chronograph with that of the movement, powering up the chronograph and setting the chronograph seconds hands in motion. 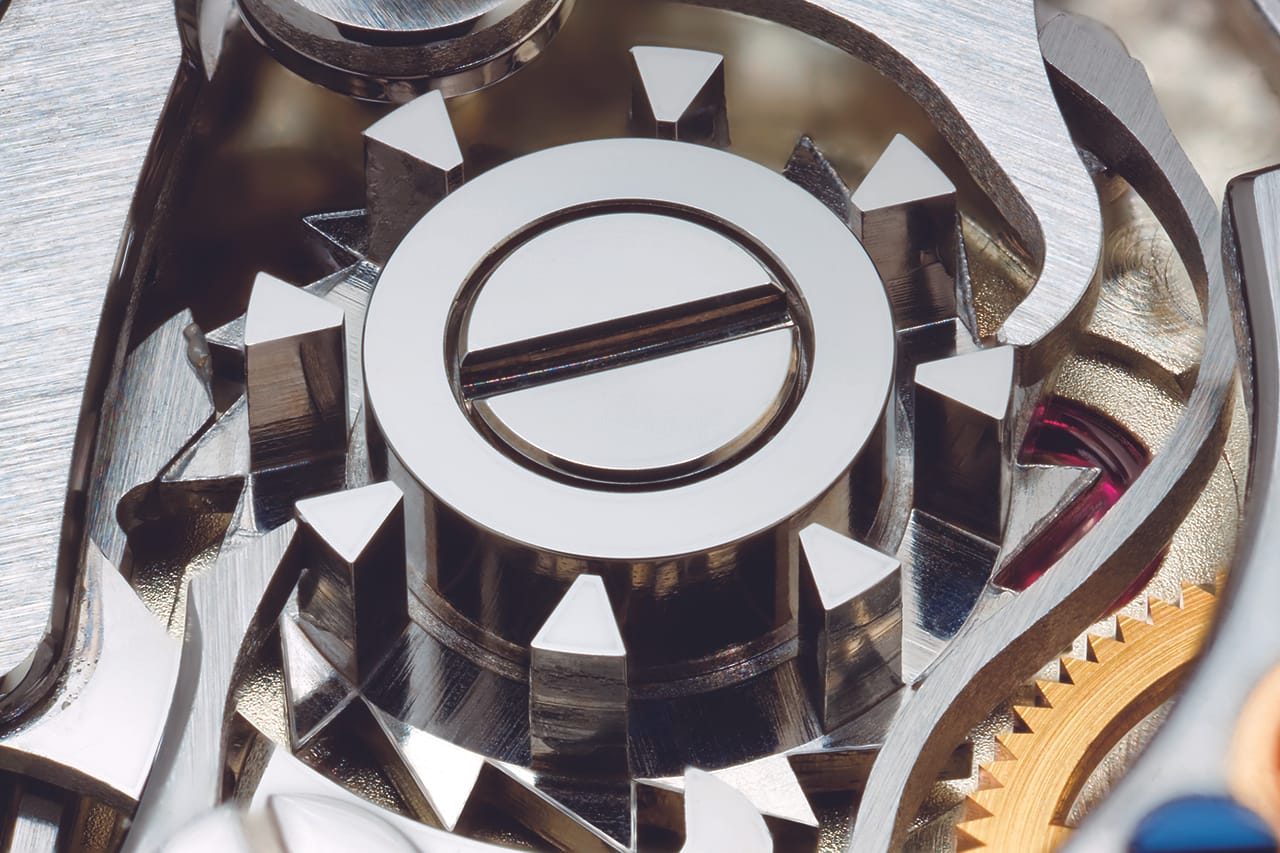 Separate counters use the travel of the chronograph seconds hand to accumulate the minutes and then hours, so that a total event duration beyond 60 seconds can be displayed using the chronograph’s sub dials.

Watchmakers looking to drive down the price of chronographs and make it a mass market complication developed a cam-based alternative to the column wheel that, consisting mainly of thin pieces of metal, was far easier to industrialize. The system relies on “a set of levers with lots of angles ground into the side of them” which interact with the movement of a cam. As intended, the cam-based system took over the more accessible “tool watch” end of the chronograph market, while column wheels, which lends itself better to fine decorative finishes, tends to be used for higher end pieces.

“The cam systems work just as well,” explains Roberts. “They’re just not quite as elegant in terms of their engineering.” 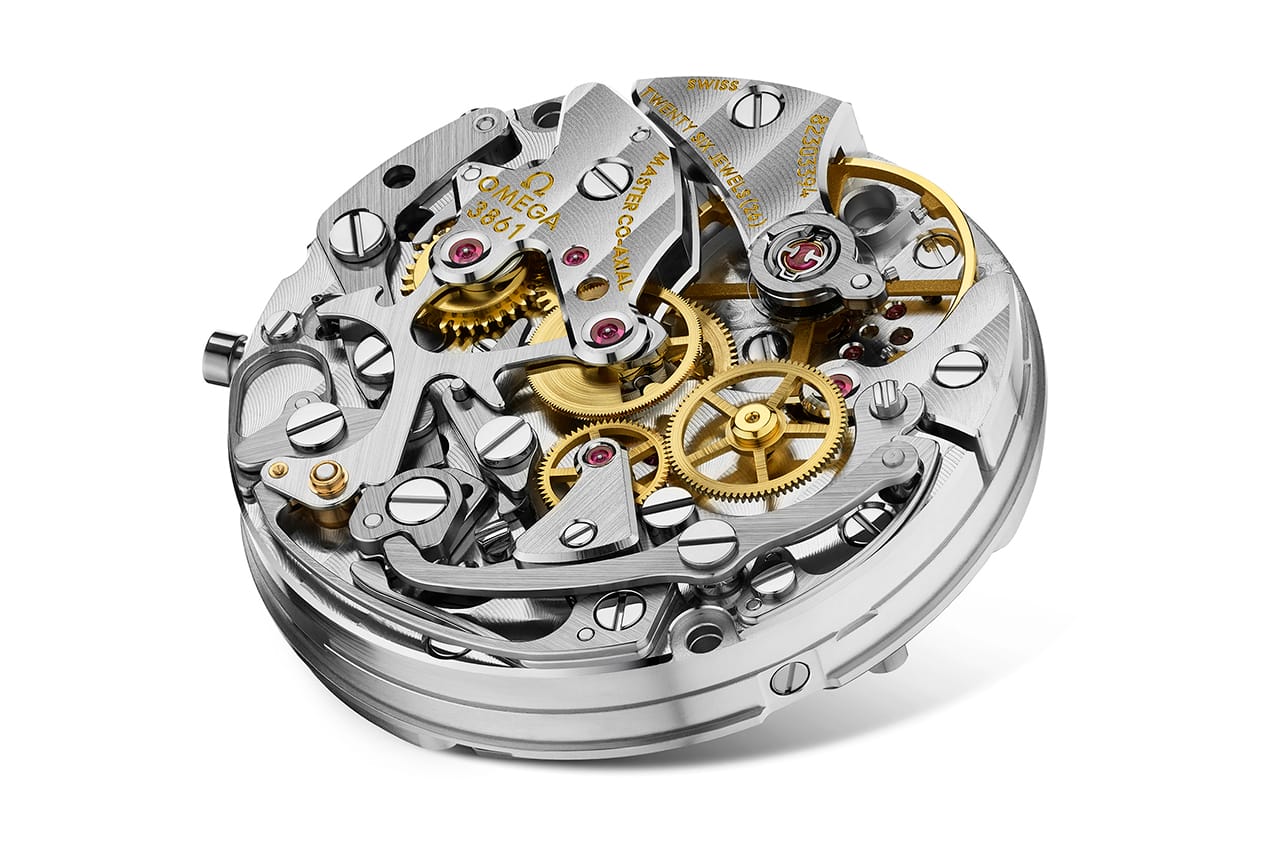 Even without looking at the movements concerned it is easy enough to identify which system is being used simply by starting up the chronograph. The pusher of a cam and lever chronograph will require considerably more force to depress than that of a column wheel movement, as the movement’s reset hammers are also being cocked ahead of the chrono being stopped and reset.

The next point of difference in chronograph movement design concerns how the wheels of the movement are coupled with those of the chronograph. There are three different systems used to couple the chronograph with the watch, each with their own characteristics.

The horizontal approach simply brings two geared wheels on the same plane into contact, allowing their teeth to mesh. It’s not as brutal as it sounds, the spring-loading exerts only a gentle force on the wheels, allowing them to bounce off each other should the teeth clash. The wheels are also given a 2:1 gearing, giving the small triangular teeth a better chance of meshing together successfully.

“Sometimes when you start a chronograph you see a little wobble on the hand, just a momentary twitch of the hands as it starts moving, often it’s not there. It doesn’t really make any difference because it all happens within less than a 1/5th of a second, which is what the balance of most chronographs is ticking at anyway, so you’re not going to see a difference in timing because of it,” explains Roberts.

The second system is known as the Rocking Bar or Oscillating Pinion, a comparatively long pinion which “runs fairly loosely in its pivots,” according to Roberts. “It can rock from one side to the other according to whether you are starting or stopping. One end is being constantly driven by the Fourth Wheel of the watch, the top end is not engaged, when you press to start, the top end moves very slightly over, the pivot is swung across and it goes into mesh with another wheel and off the chronograph goes.”

“It’s on the [Valjoux] 7750, so there’s probably more wrist chronographs with a rocking pinion than any other type, even though the others have been around longer. The snobs amongst watch collectors don’t tend to like it as it’s very difficult to make look pretty and it’s a crude system, relying on wobbly pivots. But it works perfectly well, very effective and very inexpensive to make compared to the gear system, which requires many more parts to get the same effect.”

The final system is the vertical clutch which involves two plates, one constantly driven by the watch’s gear train, the other stationary when the chronograph is inactive. When the chronograph is activated, the top plate is dropped onto the bottom one, driving it using the friction between the two surfaces. This method is often prized for the smooth start-up of chronograph seconds hand, but because of its three-dimensional design, tends to result in a thicker watch. 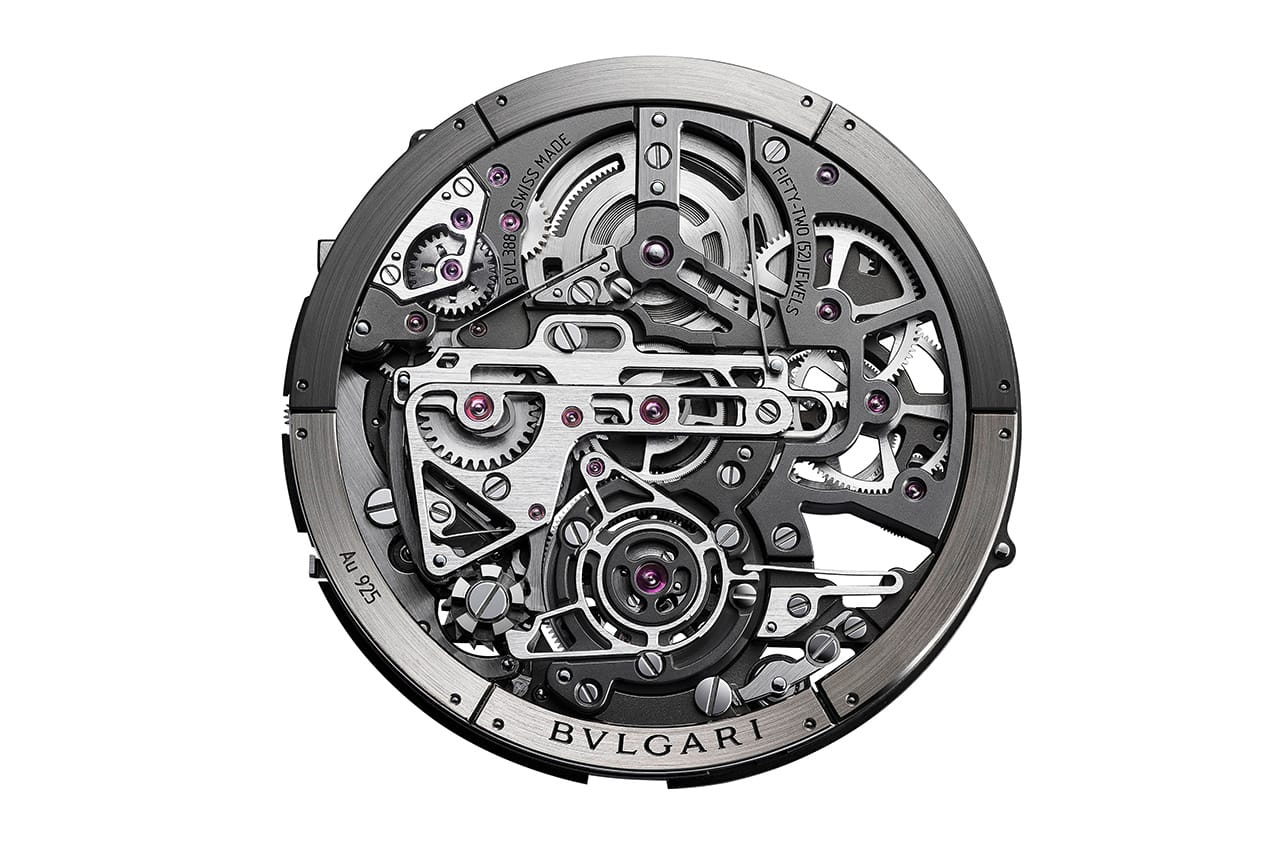 While there are other chronograph variants such as the flyback and rattrapante, these will be covered separately.

The existence of so many different mechanical solutions has succeeded in bringing the chronograph to the masses over the decades, in much the same way that brands such as Frederique Constant and Montblanc have been seeking to introduce more accessibly priced perpetual calendars in recent years.

The development of the cam system, in movements such as the 7750, has allowed big brands and independents alike to apply their own watchmaking creativity to existing, reliable movements, foregoing the expensive process of creating their own movements first.

Later, manufacturers such as Dubois Dépraz, would develop dedicated chronograph modules that could be sandwiched together with existing time-only movements, further democratizing the watchmaking process.

While the chronograph remains the most mechanically complex complication, practicality, industrialization and a little healthy competition have given it universal appeal.
Source: Read Full Article