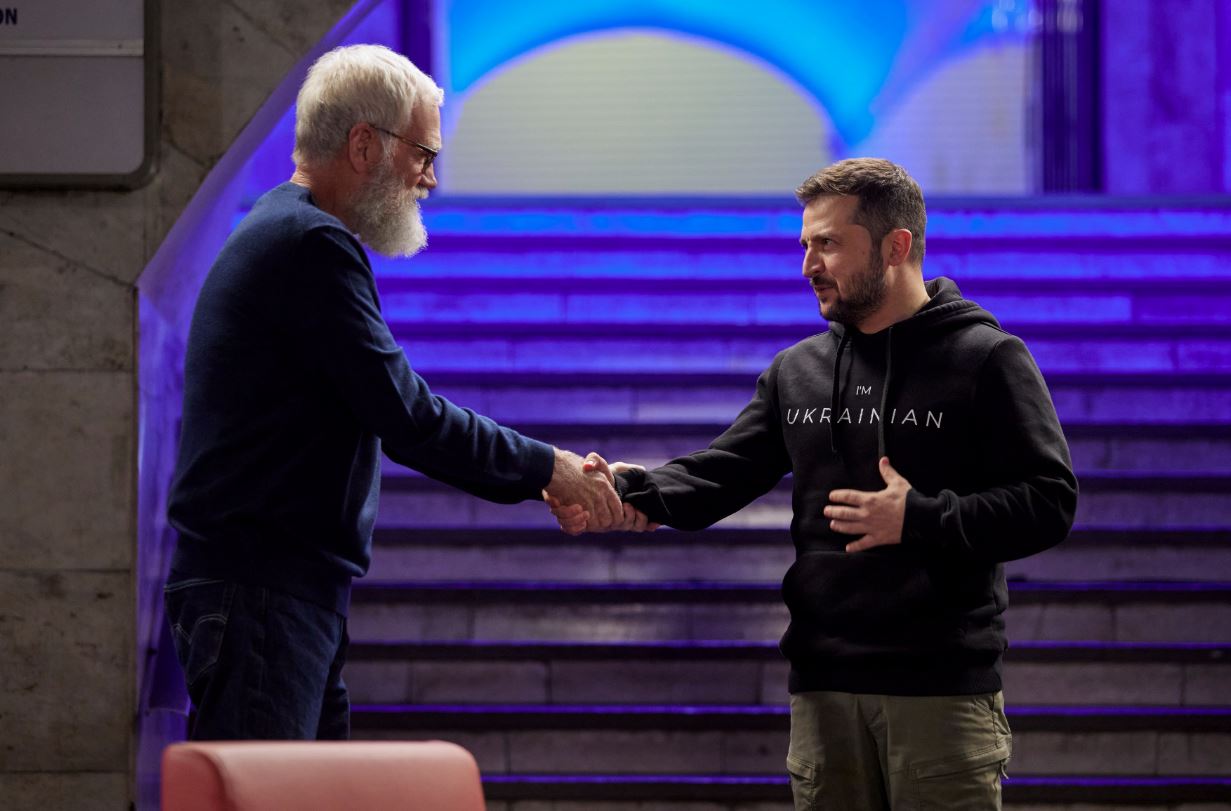 David Letterman’s next interview guest has been revealed, and it’s none other than Ukrainian President Volodymyr Zelensky.

The legendary broadcaster will sit down with the politician in a stand-alone episode of his series My Next Guest Needs No Introduction, set to be released later this year.

While details are limited so far, Netflix announced that Letterman recently travelled to Kyiv to interview Zelensky as the president leads his country’s efforts to fight against the Russian invasion.

Although Letterman interviewed former US President Barack Obama in My Next Guest’s first episode in 2018, this will be the show’s first with an active head of state.

Less than a year ago it was likely Zelensky would have needed an introduction, but his valiant efforts leading the war-torn country have made him a household name across the world.

The war has now been going on for 10 months.

While what has unfolded in the war will likely be the main topic of conversation, it’s likely the two will also chat about the politician’s unlikely rise to power.

A former comedian and television star himself, Zelensky played a history teacher who is elected president of Ukraine in the 2015 series Servant of the People.

Four years later he would go on to win the 2019 presidential election.

The First Lady of Ukraine, an architect and screenwriter, has appeared alongside her husband in several interviews before, with the couple photographed by Annie Leibovitz for the cover of British Vogue in October.

Since ending his late night talk show in 2015, Letterman launched this series in 2018, which sees him undertake an extensive interview with one guest each episode.

Earlier this year Billie Eilish spoke to him about been diagnosed with Tourette’s syndrome, while Will Smith opened up about an experience with ayahuasca.

My Next Guest Needs No Introduction with David Letterman is streaming on Netflix.