As Trump distanced himself from the chant Thursday, Democrats said they’re working to protect Omar and other members of Congress. 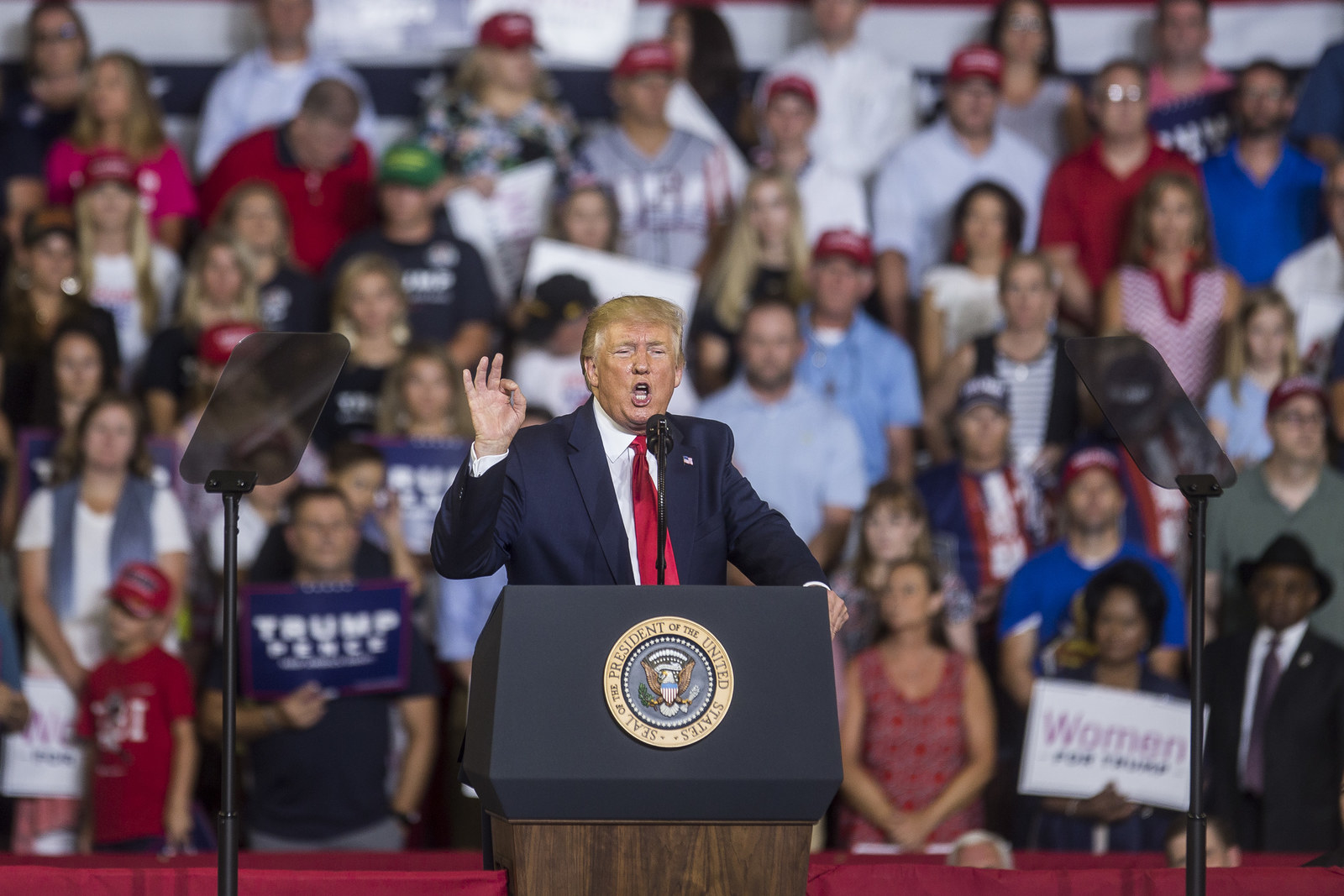 WASHINGTON — Reps. Ilhan Omar and Alexandria Ocasio-Cortez called President Donald Trump a fascist Thursday, after a North Carolina crowd chanted “send her back” at a Trump rally the previous evening.

The chant targeted Omar, who is a United States citizen born in Somalia. Trump has tweeted that Omar, Ocasio-Cortez, and two other women of color in Congress — Reps. Rashida Tlaib and Ayanna Pressley — should “go back and help fix the totally broken and crime infested places from which they came.” (All but Omar were born in America.)

Outside of the Capitol Thursday, Omar responded that America is supposed to tolerate Democratic debate and dissent, but Trump and his supporters have torn the country apart.

“We have said this president is racist, we have condemned his racist remarks. I believe he is fascist,” she said.

Ocasio-Cortez said she was not surprised by the chant.

“It’s not as though it is a shocking turn of events but it is an evolution deeper and deeper beyond the political pale,” she said. “We are not in politics anymore. We are in racism, we are in, really we’re talking about fascistic government.”

Trump himself disavowed the chant Thursday. “I was not happy with it — I disagree with it,” he said to reporters. Asked why he did not shut the chant down he said “I think I did — I started speaking very quickly.”

Trump stopped speaking for several seconds as attendees at the rally chanted.

At the rally, Trump accused Omar of being an anti-Semite and hating America. He also falsely claimed she made comments supporting the terror group al-Qaeda.

While Trump distanced himself from the chant, Rep. Al Green told BuzzFeed News’s AM to DM Thursday morning, “Trump was the conductor, the audience was the choir.”

After days of Trump’s inflammatory attacks dominating the headlines, Democrats are expressing worry that Omar is in increased physical danger. The Minnesota representative has already faced hundreds of death threats and Omar’s office said Thursday that while they had not done an official assessment, they had seen an increase in threats, including hundreds in response to the Trump tweet alone.

Speaker Nancy Pelosi said Thursday that they have taken moves to increase Omar’s security even before Trump’s North Carolina rally. Rep. Hakeem Jeffries, a member of House leadership, said they have the “highest degree of responsibility” to make sure all members of Congress, in particular “the four Congresswomen of color who were viciously targeted by the President receive the highest level of security here in Washington and at home.”

Green told AM to DM that he is planning to introduce a bill to provide more security personnel for members of Congress. “We don’t have enough. Someone is going to be hurt if we don’t address this concern,” he said.

This hasn’t stopped others from worrying.

“I can clearly say to you that my heart is broken. I am crushed as a black woman,” said Rep. Sheila Jackson Lee. “Why should we in this country have a commander in chief that leads the banner for rage and a fury that may ultimately wind up a danger to any citizen?”

Many Republicans said they had not seen footage of Trump’s rally and couldn’t comment. Others denounced the chant. “Those chants have no place in our party or no place in this country, simple as that,” said House Minority Leader Kevin McCarthy, but he rejected that Trump was responsible for the chant or egged the crowd on.

Oklahoma Sen. Jim Inhofe suggested the president may not have stopped the chant because he couldn’t hear it.

Maine Senator Susan Collins, one of the few Republicans in Congress who will vocally criticize the president, called the chant “extraordinarily offensive” and stressed that Omar is an American citizen.

Sen. Lindsey Graham, who has gone from one of Trump’s harshest critics to one of his most unflappable defenders, insisted the president’s tweets were not racist. He said a Somali refugee wearing a MAGA hat would be welcomed at a Trump rally or at the White House. Trump’s anger, said Graham, was aimed at Omar’s politics.

“When you start accusing people of running concentration camps who work for the United States government you’re going to be met with some pretty fiery responses,” he said. “I don’t like it. I’m not going around telling anybody to leave the country whose an American citizen.”