If there’s one thing that Donald Trump is good at is generating headlines, the latest news circulating has the former president telling those in his inner circle that he will be back in power by August, according to New York Times reporter Maggie Haberman. And of course, he has the support of his QAnon followers, who have been parroting the theory that the election was stolen from the 45th president, even though he lost the electoral and the popular vote in November 2020. 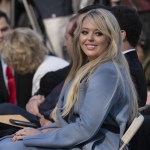 This all comes on the heels of Trump’s former national security adviser, Michael Flynn, who suggested that a Myanmar-like coup should happen here in the U.S. while at a QAnon-affiliated conference in Dallas. He swears he never made those comments, even though they were caught on video. He went on to set the record straight later saying, “I am no stranger to media manipulating my words, and therefore let me repeat my response to a question asked at the conference: There is no reason it (a coup) should happen here (in America),” he wrote on the messaging app, Telegram, per The New York Times.

No matter what Flynn said after the fact, the damage was already done and Trump hasn’t stepped away from the controversial situation. Haberman is also sharing that the former president is obsessed with “audits” of key state vote counts even seven months after the election. “But he is not putting out statements about the “audits” in states just for the sake of it,” she tweeted. “He’s been laser focused on them, according to several people who’ve spoken with him (as well as WaPo reporting a few weeks ago).”

Let’s remind everyone that Trump has no recourse in this situation. The election results were certified on Jan. 7 (remember when the process was interrupted on Jan. 6?) and being reinstated as president is neither legal nor constitutional — yet Trump persists. By doubling down on his claims that the election was stolen from him, it fires up his loyal voting base with grander conspiracy theories and murmurs of coup possibilities.

Defeat is never easy, especially when it’s on a national stage like the presidency, but Trump has no one grounding him in the reality that he lost the election fair and square.