An inversion of the usual whodunit, a new crime-of-the-week drama from the producers of “Homeland” and “24” puts ordinary people in extraordinary trouble. 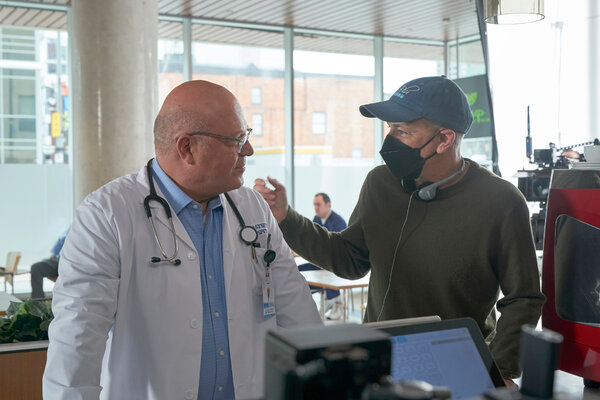 TORONTO — The actor Michael Chiklis was waxing philosophical on a rainy day last April in North York, a bland but moneyed inner suburb being filmed to pass for an equally bland American counterpart. He was here on location for Fox’s new anthology series “Accused,” debuting on Sunday, each episode of which dramatizes a hot-button issue from the perspective of an ordinary person on trial.

The past few years, as it happens, had provided plenty of issues to draw from — school shootings, environmental destruction and racial injustice are just a few the “Accused” writers chose. Those years had also wrought significant personal changes for Chiklis, including the death of his own father. In his profession, as in life, he noted, it was best to be humble in the face of change.

“The only true wisdom is in knowing you know nothing.” he said, quoting Socrates from inside a Canadian McMansion. The more he learns, he added, the more he has “come to know the vast chasms of what I don’t know.”

It was a useful attitude when approaching his character in the series pilot: a caring father and successful neurosurgeon who faces what, for most people, would be an unimaginable moral choice about his teenage son’s violent behavior. Although his quandary is uncommon, the father is typical of the protagonists in “Accused,” none of whom are career criminals (no prior convictions, no gang affiliations), all of whom find themselves on the wrong end of the law without a road map.

That focus on the accused instead of the cops, on ordinary people in extraordinary circumstances, is a novel one for the show’s developer, Howard Gordon, who was the showrunner of the breakneck Fox thriller “24” and a developer of the Showtime spy series “Homeland.” (Jack Bauer and Carrie Mathison these characters are not.) So is the shift to crime-of-the-week storytelling, which Gordon saw as an opportunity.

“It is really a Trojan horse for these very human stories,” Gordon said in the house’s basement screening room, while upstairs Chiklis got back to work. “The trick of the show,” Gordon added, was to create improbable situations that leave the audience asking: “‘What would I have done? How do I feel about this person?’ Their guilt or innocence will be almost beside the point.”

Chiklis offered an actor’s perspective: “It’s great to play someone who’s just a person in an impossible situation,” he said. “Conceptually, this anthology is just fertile ground.”