A long, emotional get-together is best when it gets out of its cast’s way. 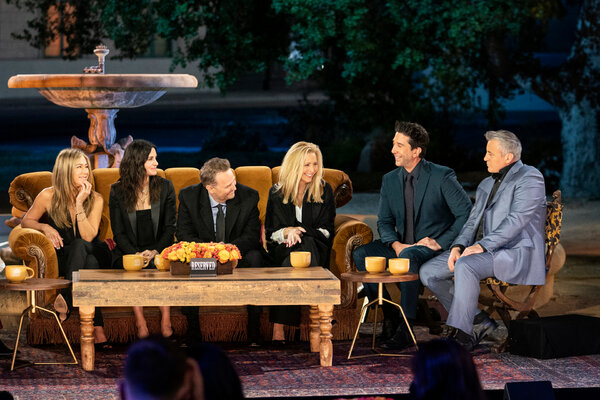 The episode titles in “Friends” were distinctively generic: “The One Where Ross and Rachel Take a Break,” “The One With the Monkey.” The template said a few things about the show. This was a comedy that would never take itself seriously; it was not going to name an episode “Ozymandias.” Its titles assumed that you would forget them. It understood how fans watched TV and how they talked about it.