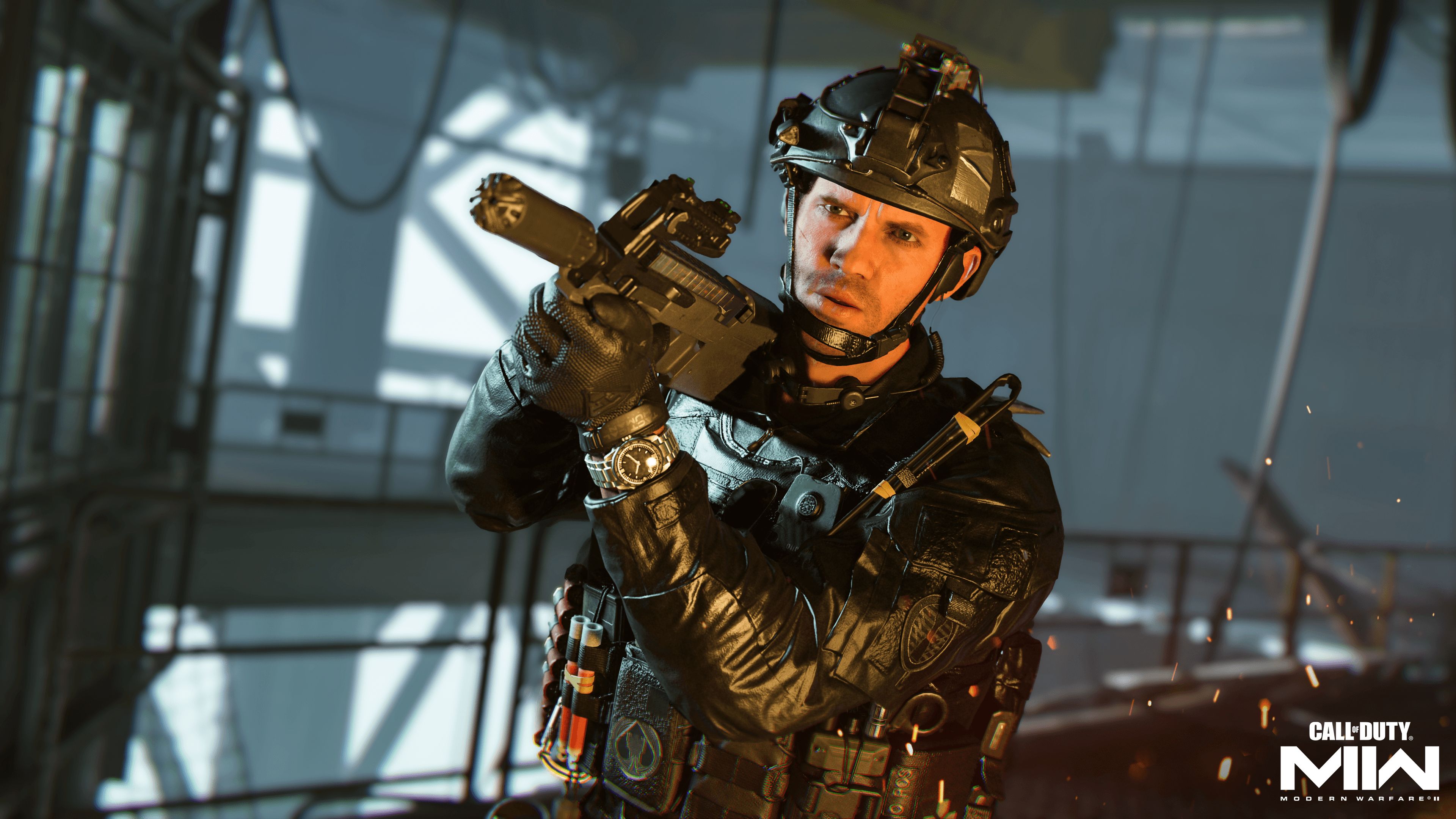 The Wednesday letters page asks why Microsoft cares so much about video games, as one reader celebrates a good month for Game Pass.

To join in with the discussions yourself email [email protected]

Recency bias
I’ve been playing it for a few days now and I’ve got to say… Call Of Duty: Modern Warfare 2 is good, like really good. I’m even thinking it might be my favourite COD ever. That’s probably because it’s good and Vanguard was awful, but it really does feel like it’s doing very little wrong.

The weak link is the story campaign, which is déjà vu central and very slow-paced at times. But the graphics are amazing and for that alone I was happy to sit through it all. I never would again but it was fine and I appreciated the obvious effort that had gone into it.

Multiplayer is obviously the real draw but despite no major new ideas I have been playing it almost non-stop since I got it. Like GC said in their review, playing soldiers is just a primal urge and Modern Warfare 2 definitely knows how to scratch it.

The setting makes so much difference though, Vanguard managed to make the one year wait to ditch the WW2 set feeling like five years and I never want to see another historical one again and nothing in the future beyond a max of 10 years ahead.

That’s not limiting, it’s just anything that isn’t within that range wouldn’t be Call Of Duty. Modern Warfare 2 definitely was though, and I honestly think it might be the best one ever.
Bonjo

Welcome back
Just wanted to say the latest Call Of Duty is brilliant and I’d forgotten how much I’d missed the quality gameplay. The last one, Vanguard, was a disappointment which makes this one even more impressive.

Glad to hear it’s sold well. I just wish I was better at the multiplayer. Still loving it though.

Is it too early to be the first to wish you a merry Christmas?
Manic miner 100 (gamertag)

GC: The early bird gets the worm. Merry Christmas one and all!

Maybe don’t?
It’s actually kind of hocking to me that Microsoft is losing so much money with every Xbox sold. $200 for the Xbox Series S? They are literally paying for customers. And they’re spending all these tens of billions on buying new developers? It doesn’t bother me but has anyone at Microsoft ever thought that maybe it doesn’t matter whether they’re in the games industry or not?

Seriously, why are they paying so much for it? It will takes decades to recoup the money, let alone making any on top, and what are they really gaining by doing so? They’re not stopping a specific rival (Sony aren’t a rival to any of their other businesses), they’re not competing for ‘control of the living room’, they’re just spending the price of 200 hospitals on the company that makes Call Of Duty and literally nothing else.

It’s not my money, so in that sense I don’t care, but the sums of money involved are so enormous it’s actually kind of gross.
Foley

E-mail your comments to: [email protected]

The Legend of Jimmy
Really good run of games on Game Pass right now. Just finished the entertaining A Plague Tale: Requiem and started the well-received survival horror Signalis. Today, historical side-scroller The Legend Of Tianding lands, then on the 3rd the intriguing looking 2D adventure Ghost Song arrives. Then on the 8th a really nice surprise, I just read about is the latest in the Monkey Island games, Return To Monkey Island, comes to Game Pass.

Then on the 15th Somerville lands, which is the debut game of studio Jumpship, who’s cofounder Dino Patti co-founded Playdead, of Inside and Limbo fame – so high hopes for this one. Throw in God Of War Ragnarök on PlayStation on the 9th and I’m good for new games to play for a while.
Simundo

Ultra retro
I would love Dreamcast and Saturn mini-consoles but I don’t see it happen. The Sega we know today just isn’t the same company they were 30 years ago. If they did do them, they’d be the absolute minimum effort cash-grabs with the Saturn version nothing but PC ports and the Dreamcast games all missing their soundtracks.

Although to be honest I doubt they’ll even get that far. They’ll do the Master System next and then that weird ultra retro one I’ve never heard of. Sega thrive on not giving fans what they want. I think they’re all secret energy vampires that feed of the constant sense of disappointment and resentment.
Cuit

Highs and lows
Just read that Bayonetta 3 has had a pretty solid start in the UK charts, I do however hope that the game has some strong sales longevity and goes on to become a commercial success for the Osaka wizards.

Anyway, I’ve been playing nothing but PlatinumGames’ flagship brawler since its launch on Friday and it delights me to declare that so far, six chapters in, it’s been simply bewitching.

I almost can’t believe how abundantly creative and blissfully, unabashedly video-gamey the action set pieces and boss encounters often are. This is some of the best stuff PlatinumGames have ever coded.

Us PlatinumGames fans may have had to endure the absolute nadir of Babylon’s Fall this year, fortunately we can take comfort in the eponymous witch rising to the occasion to restore the equilibrium!

You know you’re playing something really special when you’ve only experienced a fraction of it and are already excited for the subsequent playthroughs. It’s so good the Payonetta fiasco is a distant memory at this point…
Galvanized Gamer

Reverse decision
I love how Capcom is visibly embarrassed that Resident Evil Re:Verse even exists. I assume some bean counter has done the maths and it works out as 1% more profitable to release it rather than can it so they’ve gone ahead. But wow, maybe it’s just as well they couldn’t do a proper 25th anniversary celebrations because of covid.

Re:Verse is like that terrible birthday present your gran gets you and always asks about when she sees you, so you can’t throw it away.
Gency

Time to complain
Now that it’s common to other formats, and lots of people will be excited, can I just backlash against Persona 5 for a second? I put 150+ hours into it when completing the thing last year and what a relief it was to get to the end. I think it it’s fairly average on a number of counts (and inferior to Persona 4) and I was wondering if anyone would agree with these points, based on its supposed strengths:

Persona 5 does what it sets out to do but the dialogue and writing is way behind the scripts of, say, Uncharted: Lost Legacy or Legend Of Heroes: Trails In The Sky. It is a good game with some interesting themes but very blunt in its execution.
Owen (NongWen – PSN ID)

Inbox also-rans
Crunkle, if you have a PC Saturnalia is free on Epic Games Store until Thursday. Cosmic mentioned this in the comments on GameCentral’s review.
Andrew J.
Currently playing: Stray (PS5)

You must get sick of the constant requests about reviewing games, but I’ll ask anyway! Any plans to review NORCO on consoles? It was meant to be out last month, but I believe was delayed indefinitely at the last moment.
DuckOfDeath82 (PSN ID)

GC: No, we invite such suggestions. We just don’t like saying no if the game is too old. This one is tricky as there’s no date now but do give us a nudge if they announce it, in case we forget.

This week’s Hot Topic
The subject for this weekend’s Inbox was inspired by reader Rackam, who asks what’s the oldest video game hardware you still use?

Most retro games are relatively easy to play on at least some modern devices, but what’s the oldest piece of original hardware you still have in working order? How long have you had it for and is it still working as well now as it did originally?

Do you prefer to play older games on the original hardware or would you prefer to play everything on the same machine? If you’re simply using older generation consoles, why haven’t you upgraded yet and when are you thinking of doing so?

E-mail your comments to: [email protected]

The small print
New Inbox updates appear every weekday morning, with special Hot Topic Inboxes at the weekend. Readers’ letters are used on merit and may be edited for length and content.

You can also submit your own 500 to 600-word Reader’s Feature at any time via email or our Submit Stuff page, which if used will be shown in the next available weekend slot.