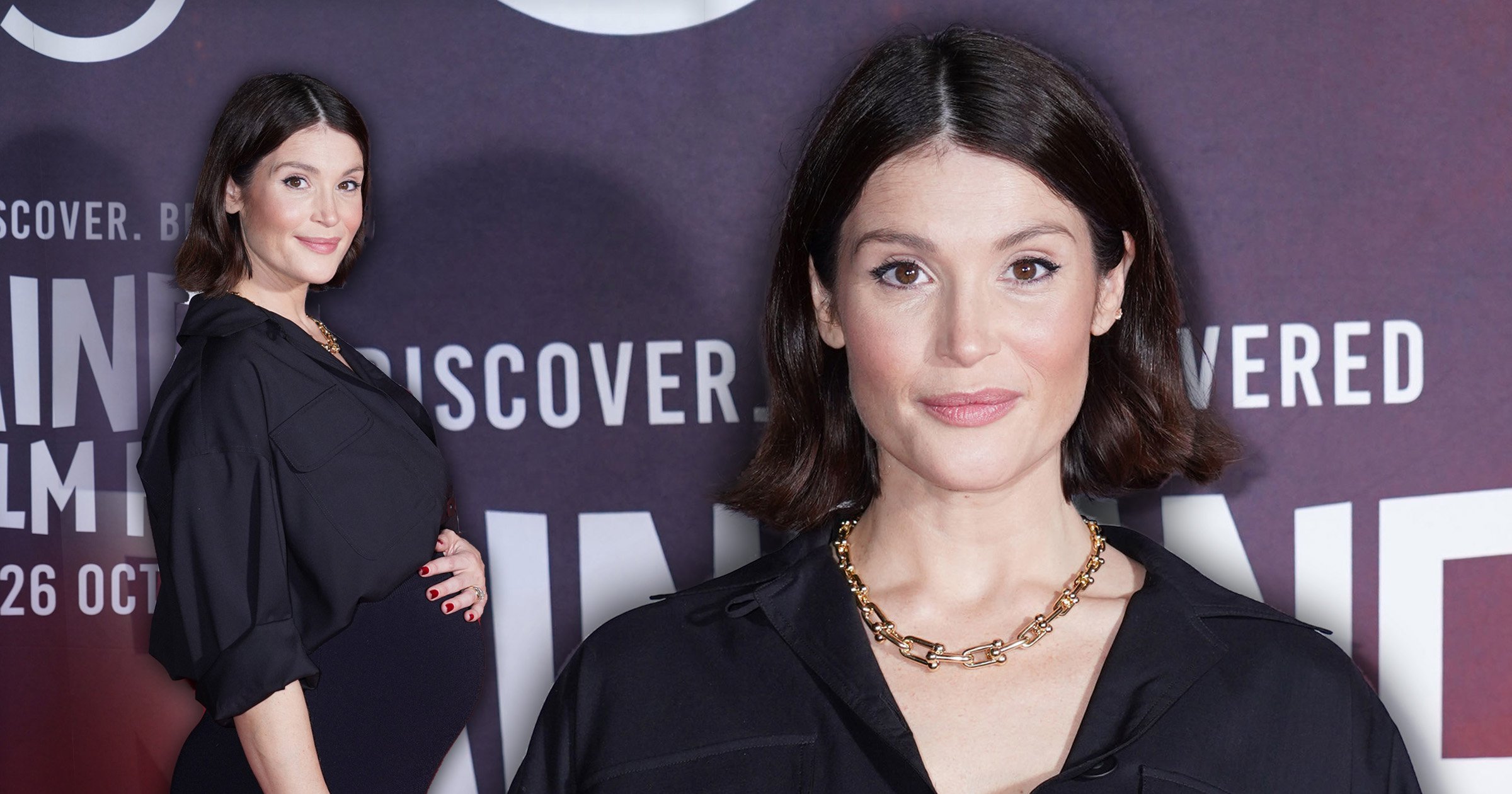 Gemma Arterton has confirmed she is expecting her first child after debuting her baby bump at Raindance Film Festival.

The actress, 36, posed on the red carpet wearing a black shirt and a maxi skirt which hugged her growing bump.

She cradled her stomach in some shots before holding up her Icon Award, which she received at the annual event.

The Quantum of Solace and St Trinian’s star has been married to Irish actor Rory Keenan since 2019.

Gemma and Rory had not previously announced they were expecting, using the red carpet to make the surprise reveal.

The actress had spoken about her future plans to have children in 2013, telling The Times: ‘I don’t think you can ever plan the right, exact time.

‘I don’t feel ready for kids because I want to know that I can come back and still be valuable to the industry.

‘That’s only going to happen when I feel a little bit more accomplished… or at least when I’ve accomplished something of which I’m proud.’

Later, in 2018, she admitted that she will be a ‘worrier’ when she does become a mother, telling the Telegraph: ‘I’m a neurotic person and a worrier anyway, and I think, “Oh God, when I have kids am I still going to be able to do all this?”

‘When we were kids my mum and my grandmother didn’t work, and I think that made them sad. That has influenced me.’

Gemma began her career on stage before making her film debut in St Trinian’s, where she played head girl Kelly Jones.

She went on to play Bond girl Strawberry Fields in Quantum of Solace and became an Olivier Award nominees for her work on Made In Dagenham and Nell Gwynn.

Prior to meeting Rory, Gemma had been married to fashion consultant Stefano Catelli for four years, before the pair divorced in 2014.