Girard-Perregaux has dropped the Laureato Absolute Chronograph AM F1 Edition, the first watch it has developed in partnership with Aston Martin’s Armco Cognizant Formula One (AMF1) team.

As you might hope from a watch developed with a Formula 1 team, the Laureato Absolute Chronograph AM F1 Edition boasts two world-firsts. 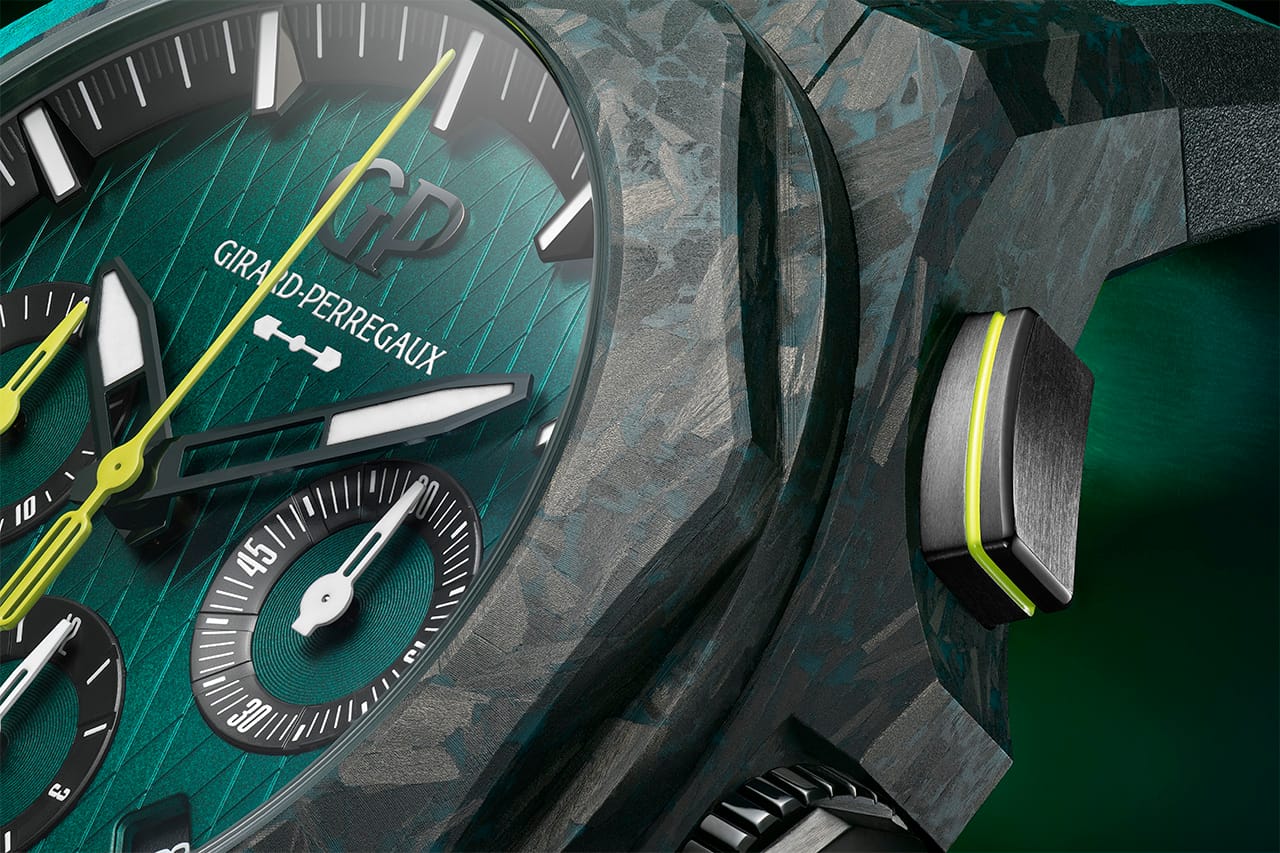 The watch’s 44mm case is made from a lightweight composite material blending carbon elements, titanium powder and tinted resin, which was used during the 2021 F1 season, but never before within the watch industry.

Also a first is the Aston Martin Racing Green GP Rubber Alloy strap, which has been made using FKM rubber and carbon elements taken off of two cars used during the 2021 season. The resulting material offers “superior suppleness and resistance” compared to conventional rubber.

With AMF1 based in Silverstone, England, the watch will be produced in a limited edition of 306 pieces, the number of miles drivers Lance Stroll and Sebastian Vettel will aim to cover during the 2022 British Grand Prix.