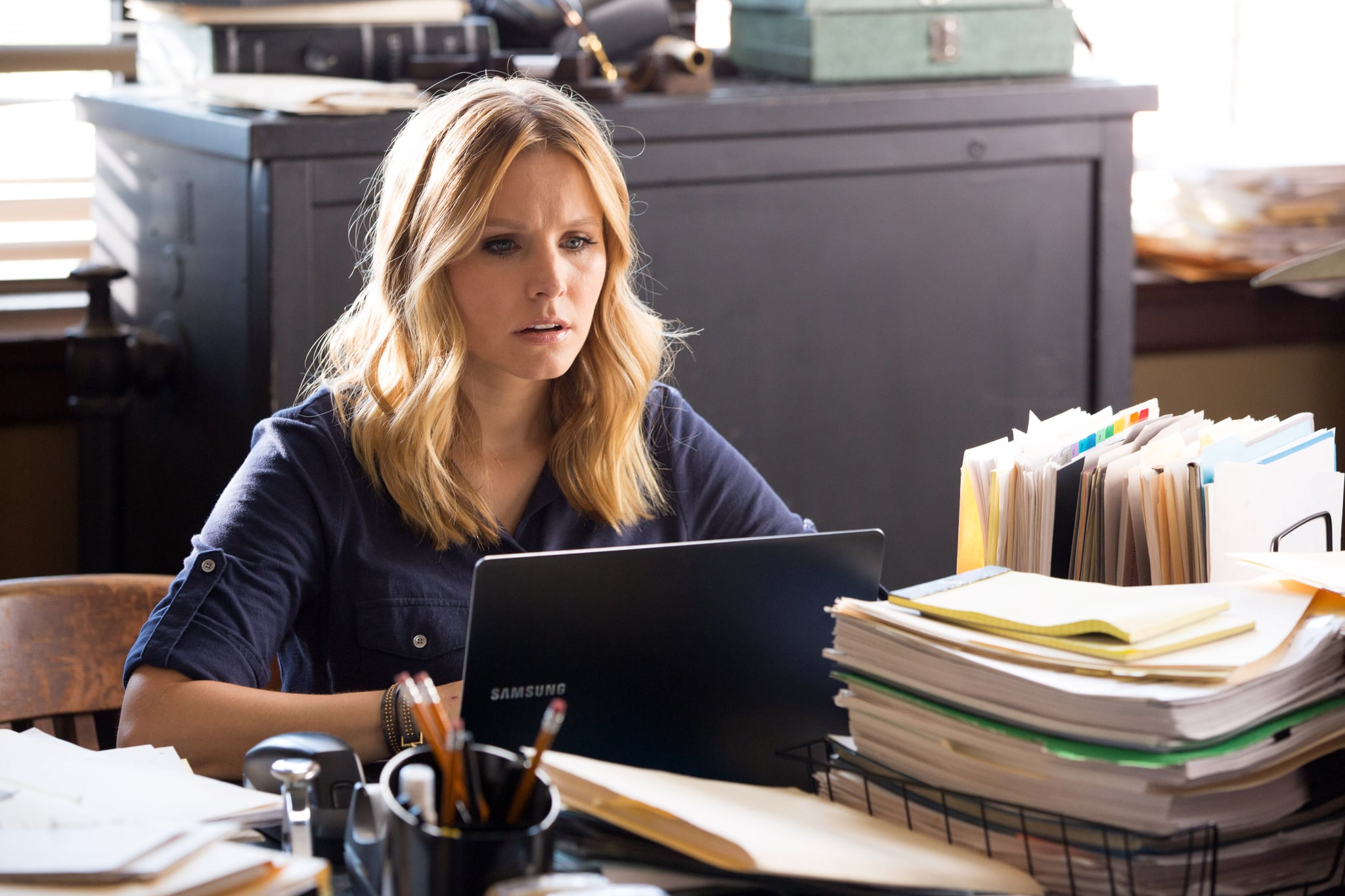 Although there’s no official word yet, the odds are looking good for a season five of Veronica Mars in the future. It’s been a long wait, but Veronica is finally back in action, 12 years after the original series wrapped back in 2007 and five years after the 2014 one-shot movie sequel. The fourth season, now on Hulu, picks up with the now-adult PI and her usual troupe of friends. The big question, of course, is whether this will be a one-and-done revival, or if the series will continue past this new season.

If star Kristen Bell has her way, there will definitely be a season five — and six, and as many as possible! In an interview with TVLine, Bell opened up about how much she loves doing the show and wants to continue.

“I told [series creator] Rob Thomas that I will do Veronica Mars until it’s Murder, She Wrote,” she joked. “I will keep doing this show until everyone in Neptune is dead. And then the big reveal [in the eventual series finale] is that Veronica‘s the criminal; she killed everyone!” Bell then adds, more seriously, that she sees “an endless life” for the show. “As long as the fans want more, I will try to do it again.”

Of course, all of that depends on whether or not Hulu orders another season, and that depends on how well the new revival season does. Like other streaming platforms, viewership numbers on Hulu are not often made available the way that typical broadcast TV numbers are, unless the company chooses to release them for a particular reason. Given the high level of anticipation for the fourth season of Veronica Mars, though, it seems like a safe bet to say that the numbers will be fairly strong. The strength of the show’s fanbase has been enough to bring it back from the dead not once but twice now, so we’d hope that’s enough to keep the show running for a while!