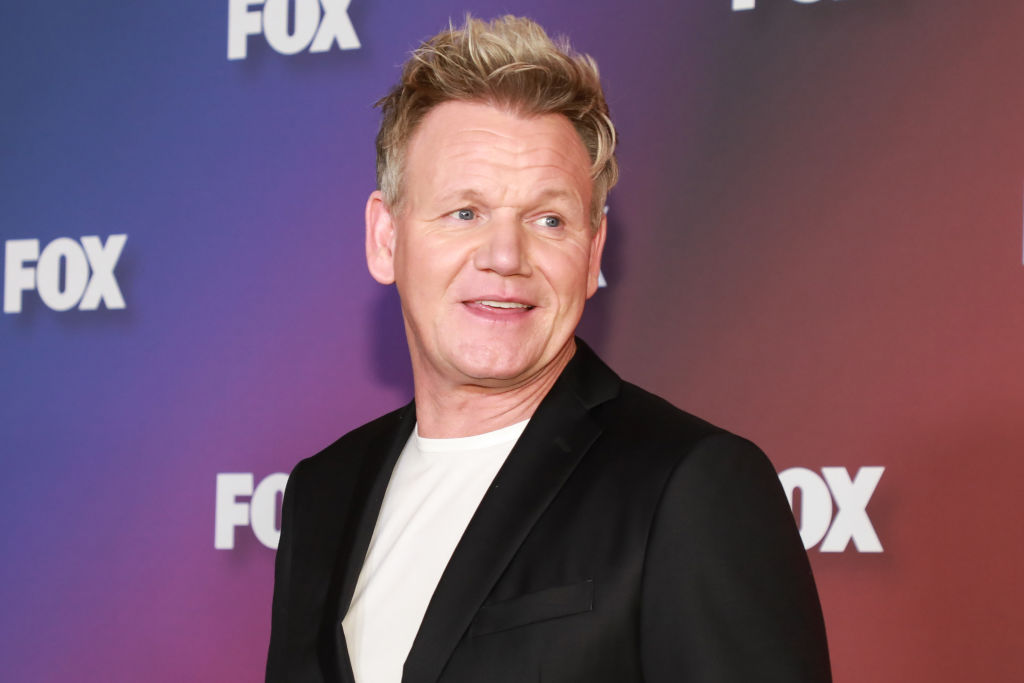 Gordon Ramsay livened up morning radio on Tuesday no end by dropping an F-bomb in his usual style – much to the horror of presenter Chris Moyles.

The chef and TV star was starting an interview with the veteran radio broadcaster just after 8:40am, with Chris joking that Gordon was a ‘bit nervous’ and wondering if it was ‘his first interview’.

Laughing, the Kitchen Nightmares star responded: ‘Thank you so much for having me on. I’m so f**king excited!’

To gasps and audible panic from the team, Chris then exclaimed: ‘Oh my! Language already! You just said the F-bomb.’

A stuttering Gordon then immediately tried to defend himself, revealing he thought there was a broadcast delay and any swearing could be bleeped out, allowing him to speak freely with his, um, preferred vocabulary.

*Language warning for the clip below*

As the team denied it, he added to Chris: ‘You sent me a text before I came in here – “You’re fine in case something slips out”.”

‘Gordon, you’ve never replied to a text from me since 2010!’ the I’m A Celebrity star hit back.

With the chorus of apologies to listeners beginning, Gordon chimed in: ‘Okay, my apologies. I’m sorry! Why didn’t you tell me?’

‘An episode of Gordon Ramsay’s 24 Hours to Hell and Back, broadcast before the watershed at 12.10 on Channel 4 on 10 August, included instances of the most offensive language, including the F word.

‘An episode of Ramsay’s Kitchen Nightmares USA, broadcast at 4pm on E4 Extra on 7 July, included 39 instances of offensive language, with 17 uses of the F word, before the watershed and without any warnings ahead of the programme or apologies after it had been shown.’