Powerful women unite! Hannah Brown and Demi Burnett bonded during Colton Underwood’s season of The Bachelor — and now they’re ready to take on the world.

“I was able to talk to Demi before her venture into Bachelor in Paradise, and it was really good. We talked about just how she was going to handle her experience moving forward and how she is interested in both men and women,” Brown, 24, told Us Weekly exclusively during the Television Critics’ Association summer press tour on Monday, August 5, in Beverly Hills.

The Alabama native added that she was so proud of how Burnett, 24, has the confidence to be her true self. “She’s so strong and brave to bring that narrative to the Bachelor franchise that really hasn’t been done before and just owning her truth,” the former Bachelorette continued. “I’m really thankful that she felt like she could come to me as a friend and know that I’m going to support her happiness no matter what.” 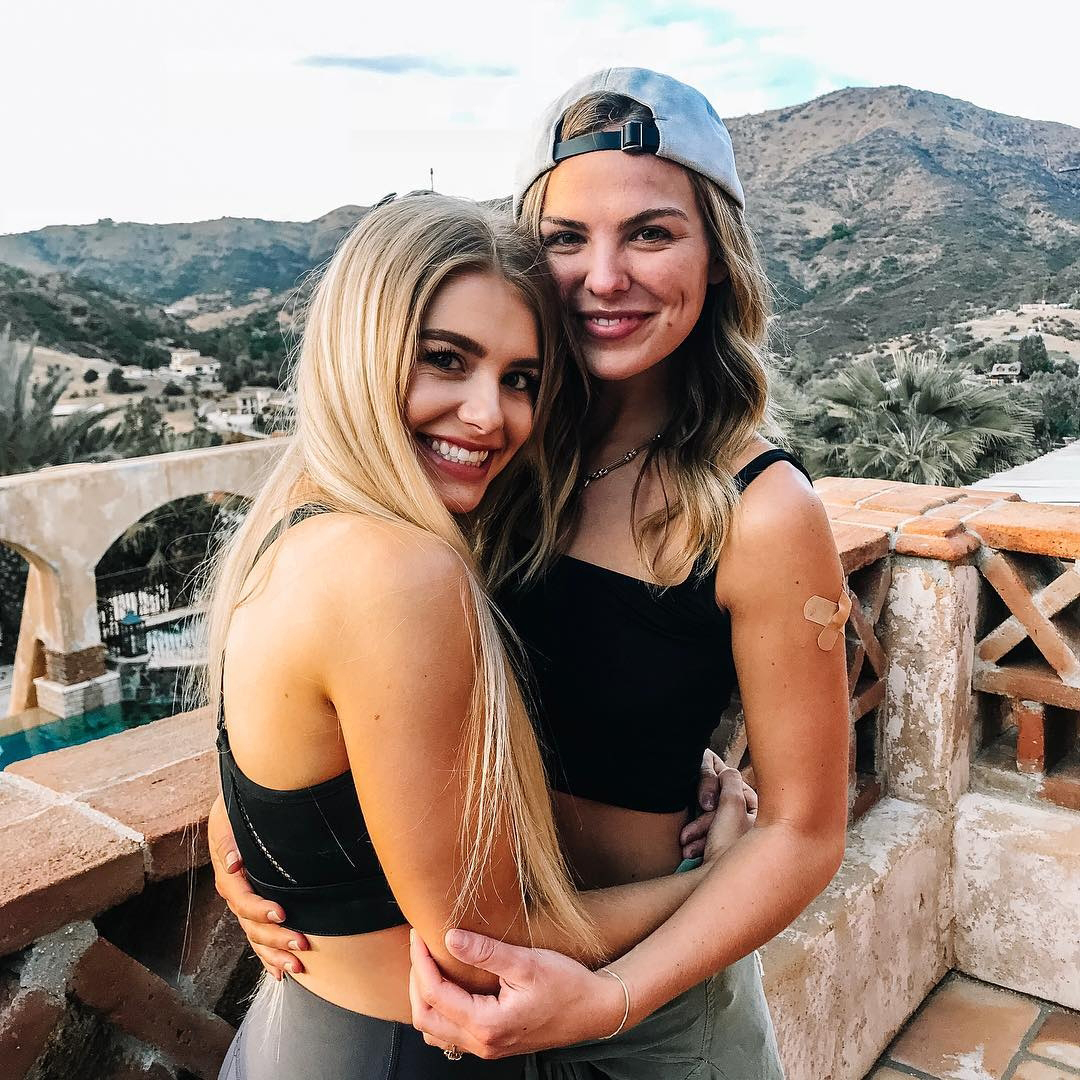 Although her own season of The Bachelorette ended in heartbreak — she briefly became engaged to Jed Wyatt before learning he was keeping secrets and lies from her, then broke it off — Brown is still on top.

“I’m really, really proud of the woman that I’ve become through all this, because I am hella strong,” she said on the show’s July 30 finale. And that is something she has in common with Burnett.

“We text all the time. We’re like, ‘So, are you ready to take over the world together or what?’” the former pageant queen told Us. “Because I really think Demi and I together are a force to be reckoned with.”

During Monday’s Paradise premiere, Burnett connected with Derek Peth and spent a bit of time kissing him in the pool. However, it’s revealed in the promo that she moves forward in a relationship with a woman.

“I don’t care who sees this,” she states ahead of a date in the sneak peek. “I know that I love this girl. I’m just so happy that I found her and I can definitely picture being with her for the rest of my life.”

She also tweeted that she’s a “queer queen” and Bachelor Nation couldn’t be more supportive. After she came out, Nick Viall posted an Instagram photo of the pair, writing, “proud of you,” while Chris Randone tweeted, “There’s nothing more beautiful than supporting those who get judged because of their gender preference. Demi we love you.”

For more from Brown, watch our exclusive interview above.

Bachelor in Paradise airs on ABC Mondays at 8 p.m. ET.