It seems like no one has been living their best life quite like Heidi Klum. The stunning model and mom of four has been sharing a slew of snaps to her Instagram account, featuring the best looks from her summer vacation. But in the latest photo she shared to social media, captured by her husband Tom Kaulitz, Klum opted to go au naturale! 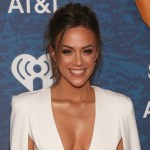 
28 Celebrities Who Have Posted Nude Photos (On Purpose)

Klum shared a topless photo of herself while luxuriating on a glamorous boat with her beau, and she was honestly beaming. In the photo, Klum strategically placed her arms in front of her chest — covering anything she didn’t want to be seen on camera. Despite opting to go topless, Klum modeled quite a few pieces of jewelry, including a delicate gold body chain.

One thing was definitely for sure — Klum was absolutely basking in the glow of the sunshine and couldn’t have looked happier, sporting a bright smile. “You put the biggest smile on my face Tom,” Klum captioned the image, crediting her husband for her natural glow. As it would happen, Klum and Kaulitz have really become quite the model-photographer pair.

Kaulitz, who married the stunning supermodel and America’s Got Talent judge in February 2019 before having a ceremony in August of that year, has basically been Klum’s personal photographer. Just before sharing this latest post, Klum shared a series of photos captured by her husband, which featured the model luxuriating in the sun while sporting a purple two-piece.

Klum has always loved embracing her body, and she’s discussed it before! “I grew up going to nude beaches with my parents, so I’m a nudist,” Klum shared in a 2016 interview with Ocean Drive, per Entertainment Tonight. “I have no problems with nudity at all. I’m very free. When I go to the beach, it’s in a very remote place where there are not a lot of people, and I like to go topless.” We love seeing Klum wholly embrace herself, regardless if she’s sporting the latest trend in high-fashion, or opting to go au naturale!

Before you go, click here to see all the famous ’90s supermodels who have since become moms.